A TRIP TO THE LUXURIOUS CHATEAU DE VERSAILLES 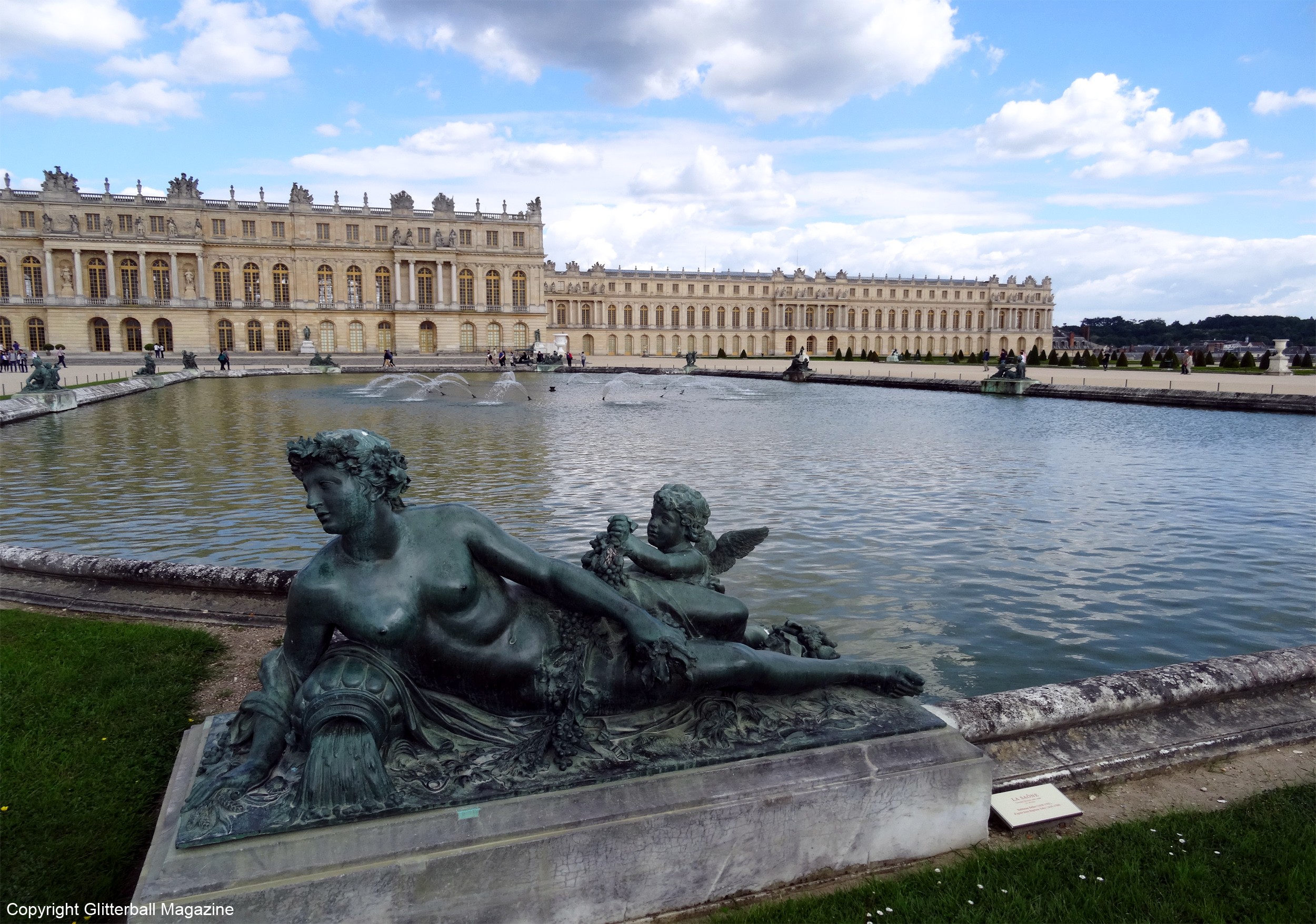 If I could live anywhere in the world my first choice would definitely be Château du Versailles. Unfortunately for me, I don’t think it’s open to offers. Quel dommage.

I was so excited for my trip to Versailles. I’m very interested in French history and period style. Who wouldn’t call Marie Antoinette a style icon? 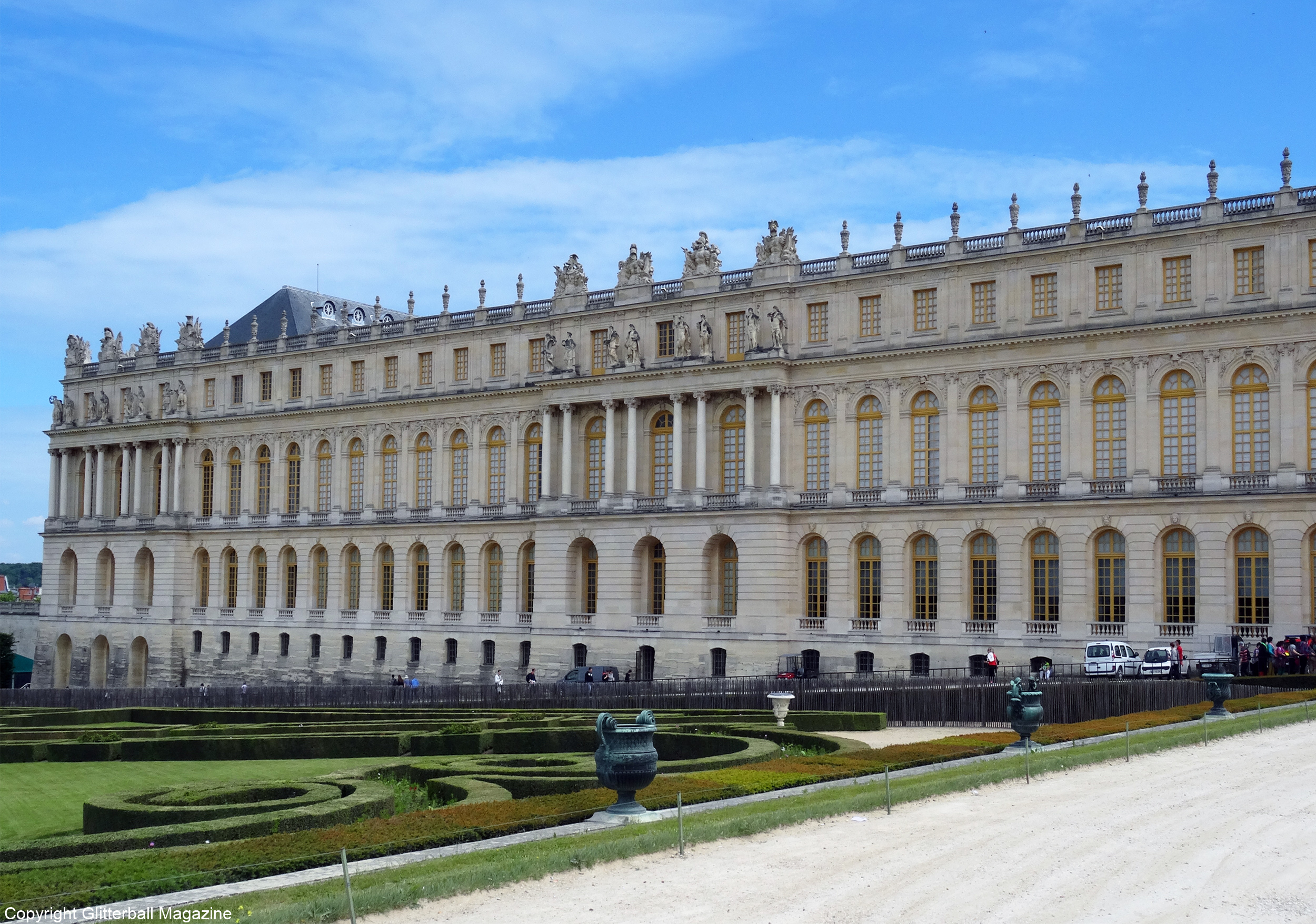 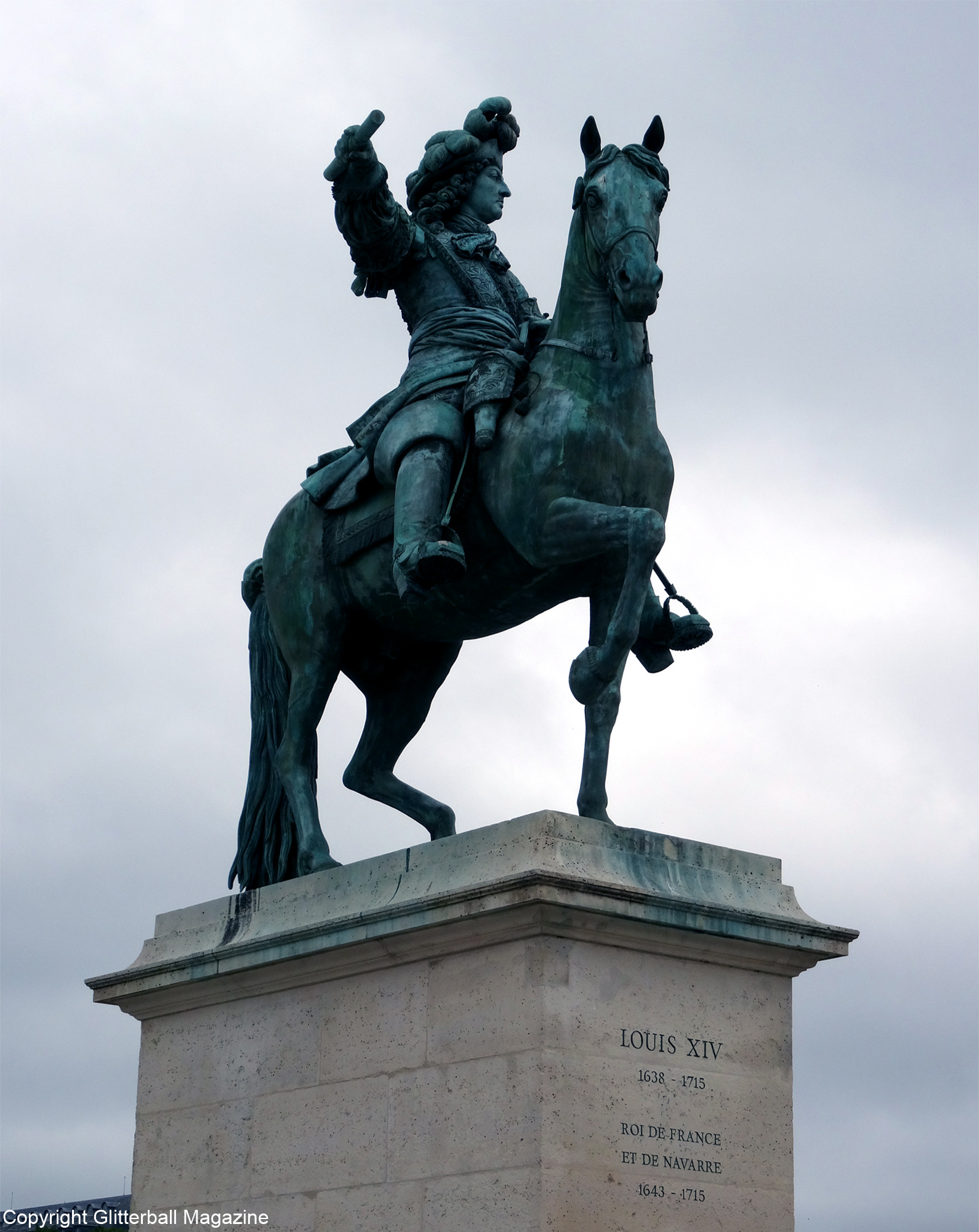 My last visit was eventful to say the least. Let’s just say I didn’t drop my headband and camera at the same time after arriving (and although a very charming French monsieur was on hand to pick up headband, my camera lay cracked on the ground). I had to leave the château to spend two hours running around the city of Versailles looking for a camera shop.

Anyway… back to this year.

Situated in the bourgeois suburb of Versailles, the château is a 40-minute train ride from the centre of Paris. I didn’t even have to look at a map to find my way there; all I had to do was follow the crowds. 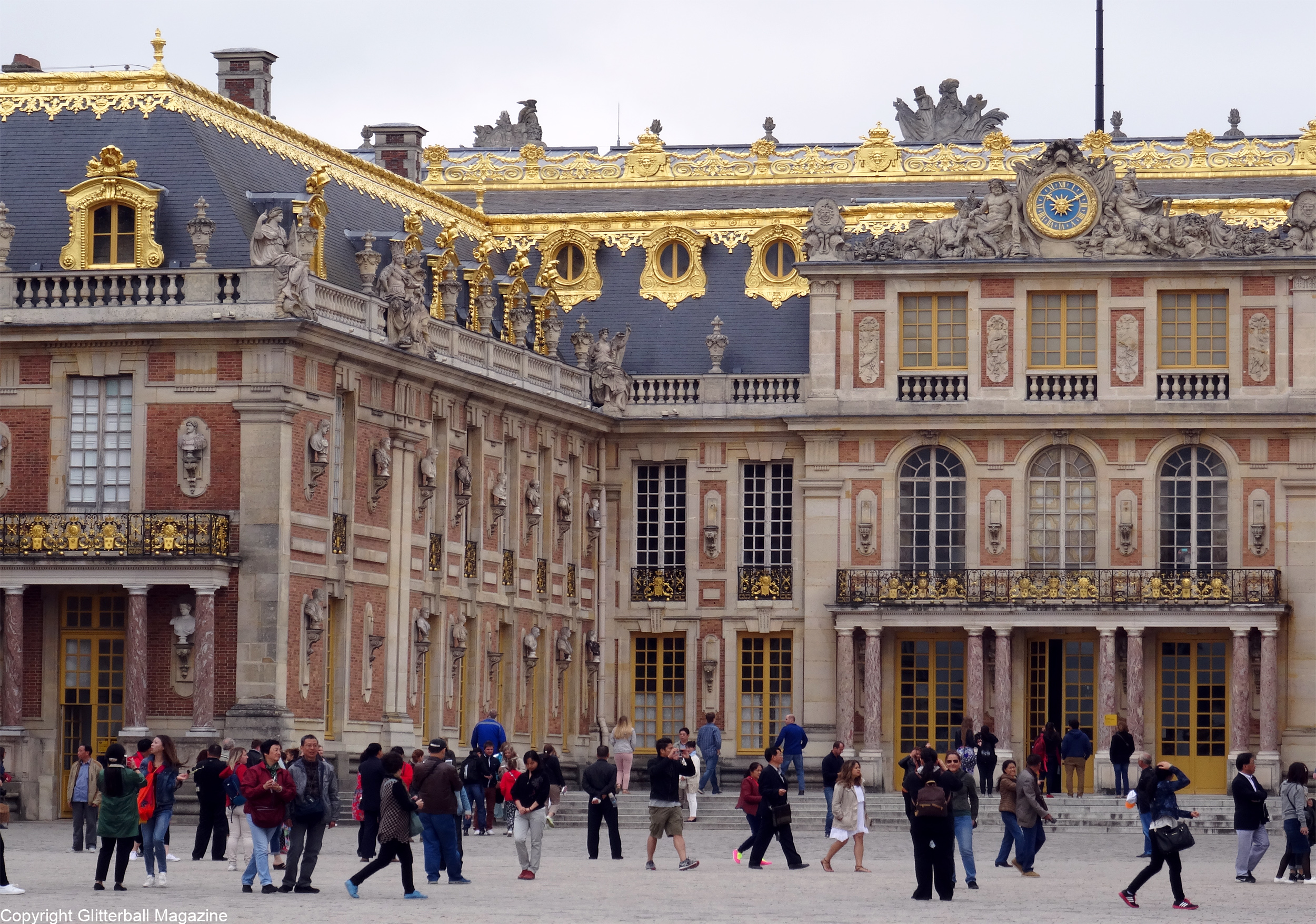 Last time I went in straight away but on this occasion the queues were horrendous. I know it’s a typical British thing to love queuing but it’s not exactly my idea of fun. After waiting for what felt like a lifetime I was finally in! I was very happy to walk on the courtyard. How wonderful to be in such a wonderful and inspiring location!

Everything at Versailles represents the power and grandeur of the infamous Sun King, Louis XIV who transformed it from Louis XIII’s hunting lodge into a wonderful place to rule and entertain. The baroque interior design is a touch OTT but this is French opulent style at its best and I love it. Versailles isn’t on UNESCO’s World Heritage List for nothing you know. 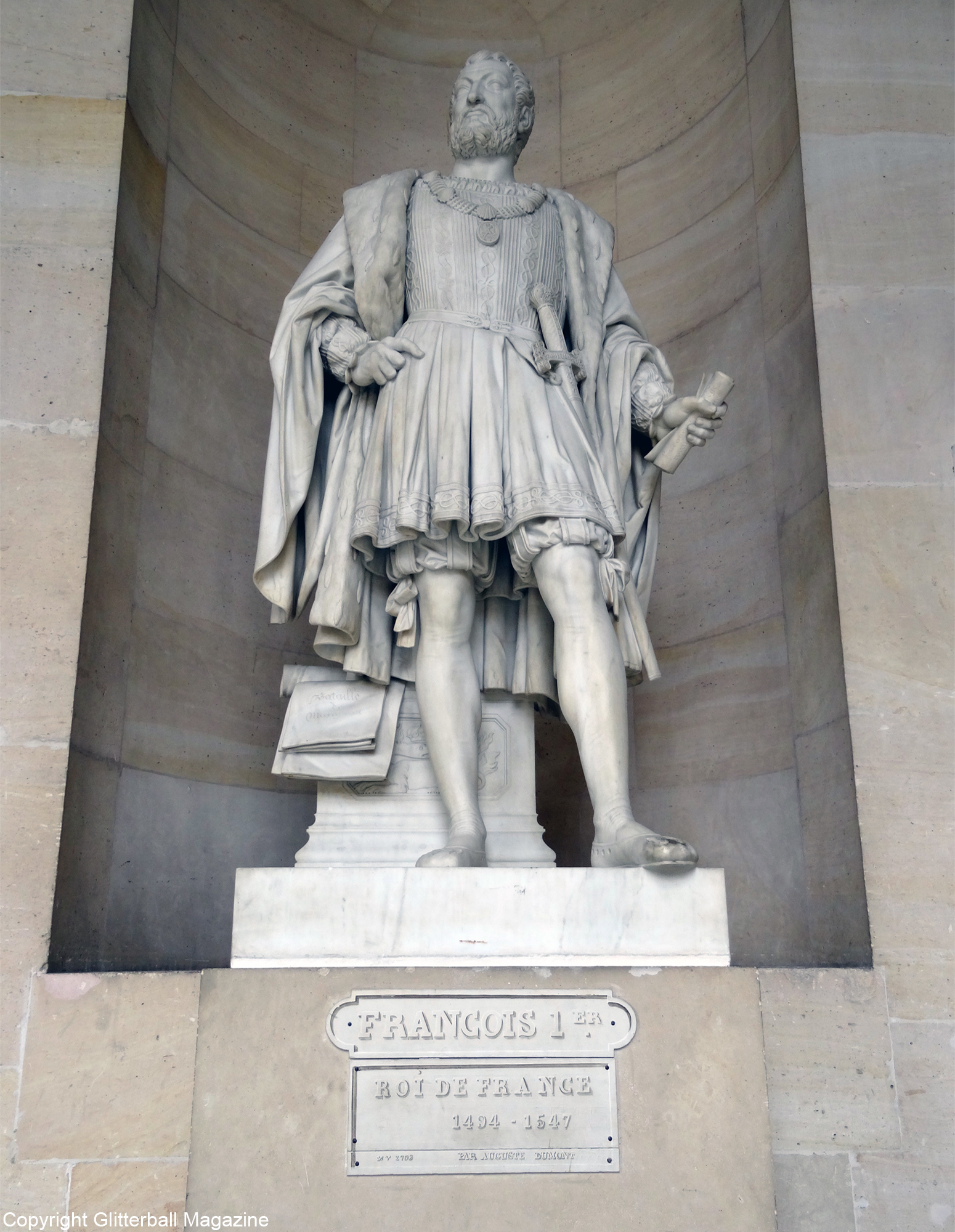 The above statue is of François I of France, who was a patron of the arts and constructed Château de Chambord (my second favourite château). 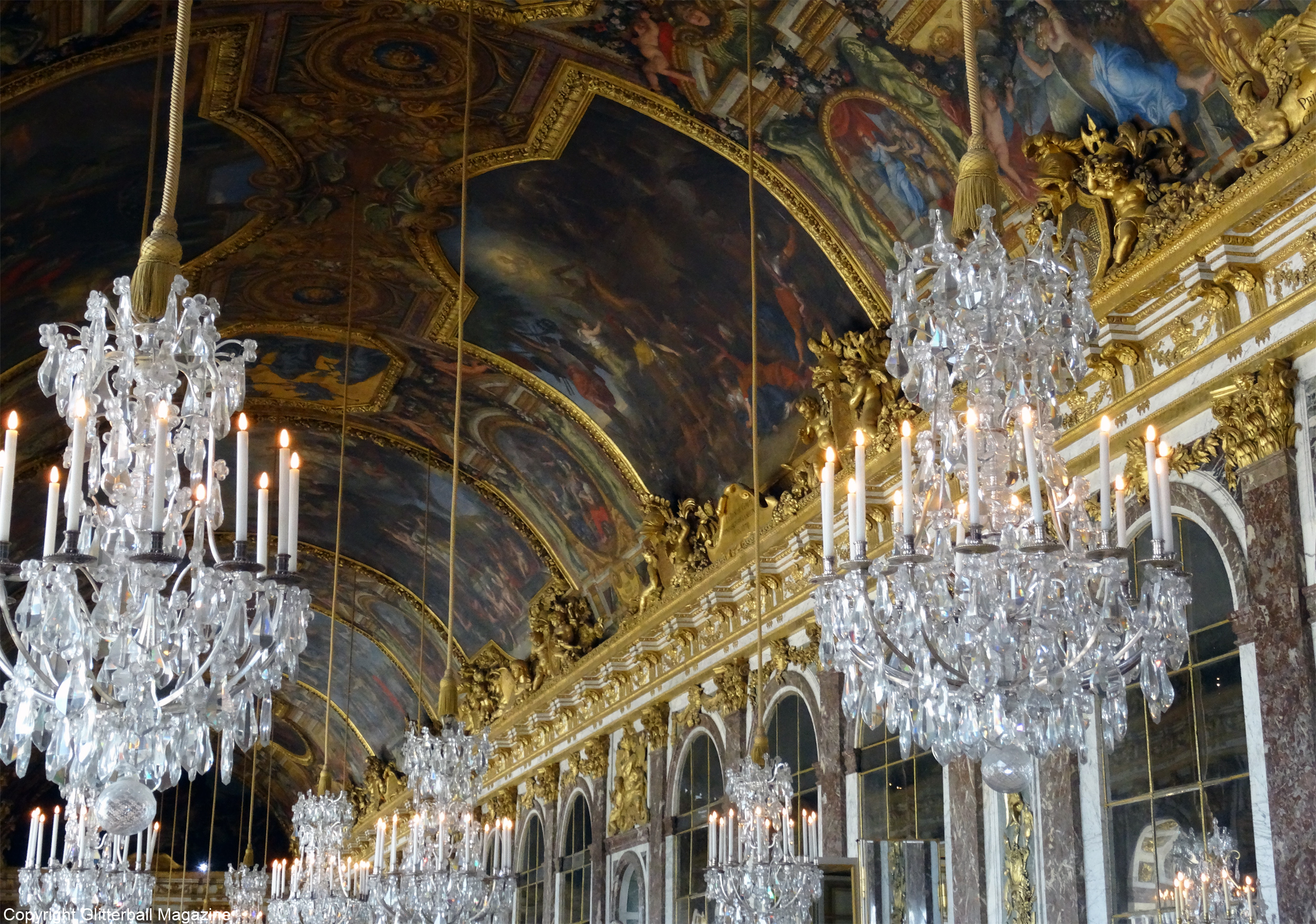 The Hall of Mirrors is breathtaking. Designed by architect Jules Hardouin Mansart in 1678, it’s amazing to see how much time and effort went into its creation. Twenty-one mirrors overlook the perfectly manicured gardens. The hall also showcases ornate gilded bronze sculptures. 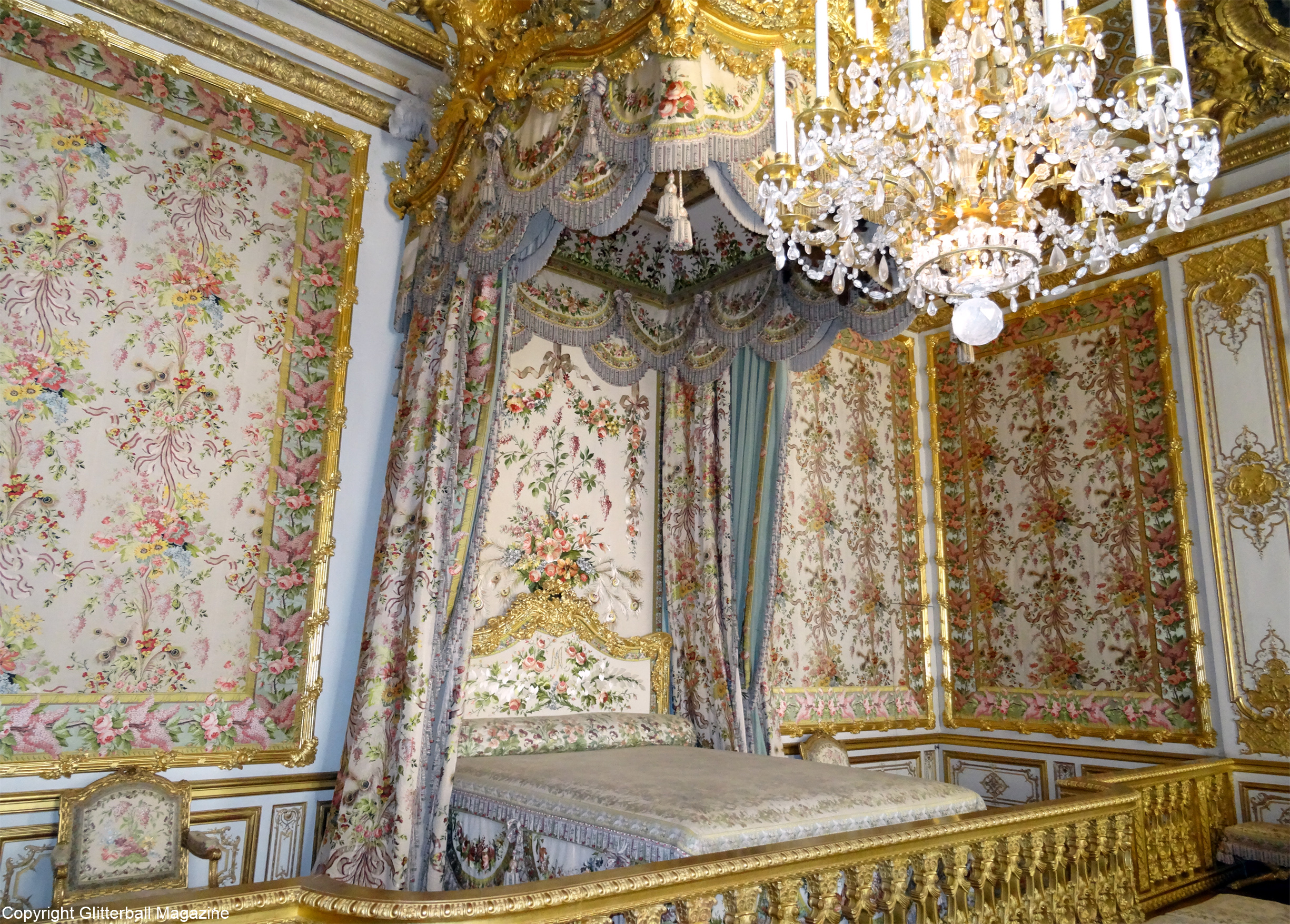 Marie Antoinette’s bedroom (officially named The Queen’s Chamber) is remarkable. From the ornate headboard with her M and A insignia to the beautiful canopy, it even includes a hidden door, which Marie Antoinette used to escape on 6th October 1789 when the château was invaded by rioters. 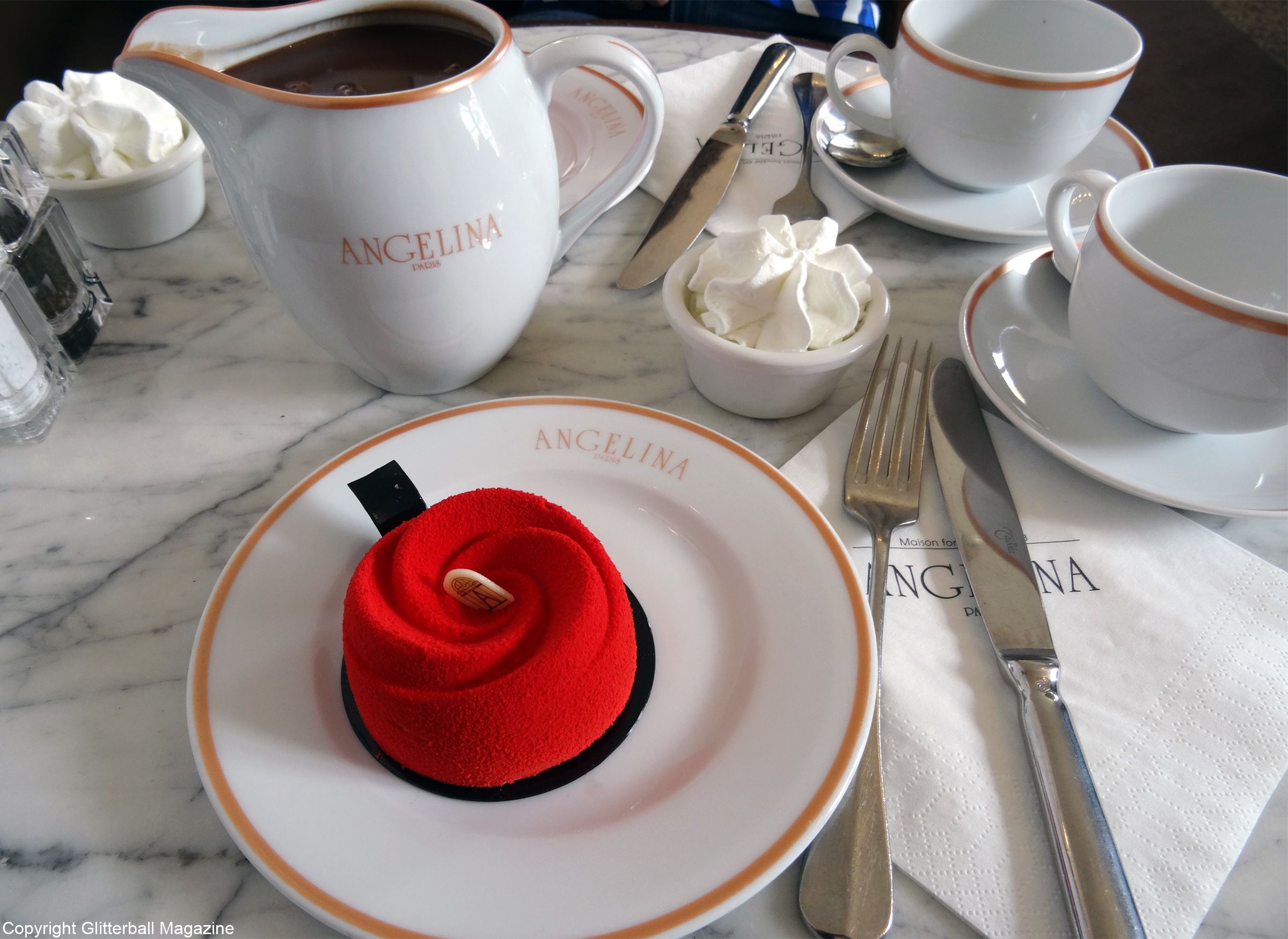 Before entering the gardens, it was vital to sit down at a café and enjoy a French delicacy. Famous French restaurant Angelina is on site (FYI: There’s also a Laduree for those of you who love macarons as much as me!) where you can sample the signature African hot chocolate. For the record, this is the best hot chocolate I have ever tasted. It’s so delicious and creamy.

I opted for the tempting Flore cake. Wow. To say it was amazing is a complete understatement. The atmosphere in Angelina was calm and serene, which made it a real pleasure to be there. 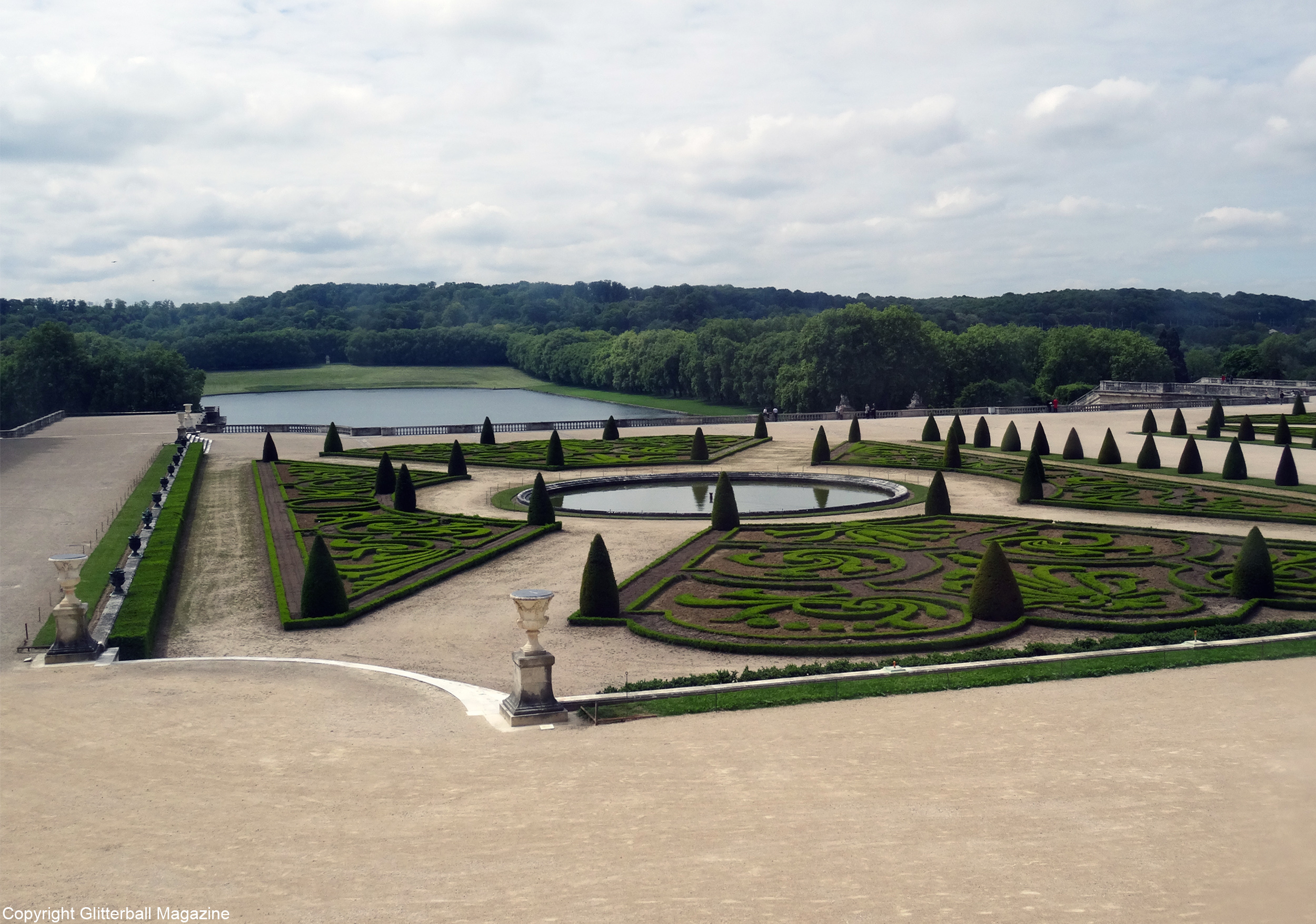 The Gardens of Versailles have always been a personal highlight. Louis XIV commissioned André Le Nôtre in 1661 to design the gardens, which took forty years to complete. Walking around the gardens is incredibly relaxing. I took in the beautiful scenery during my stroll. 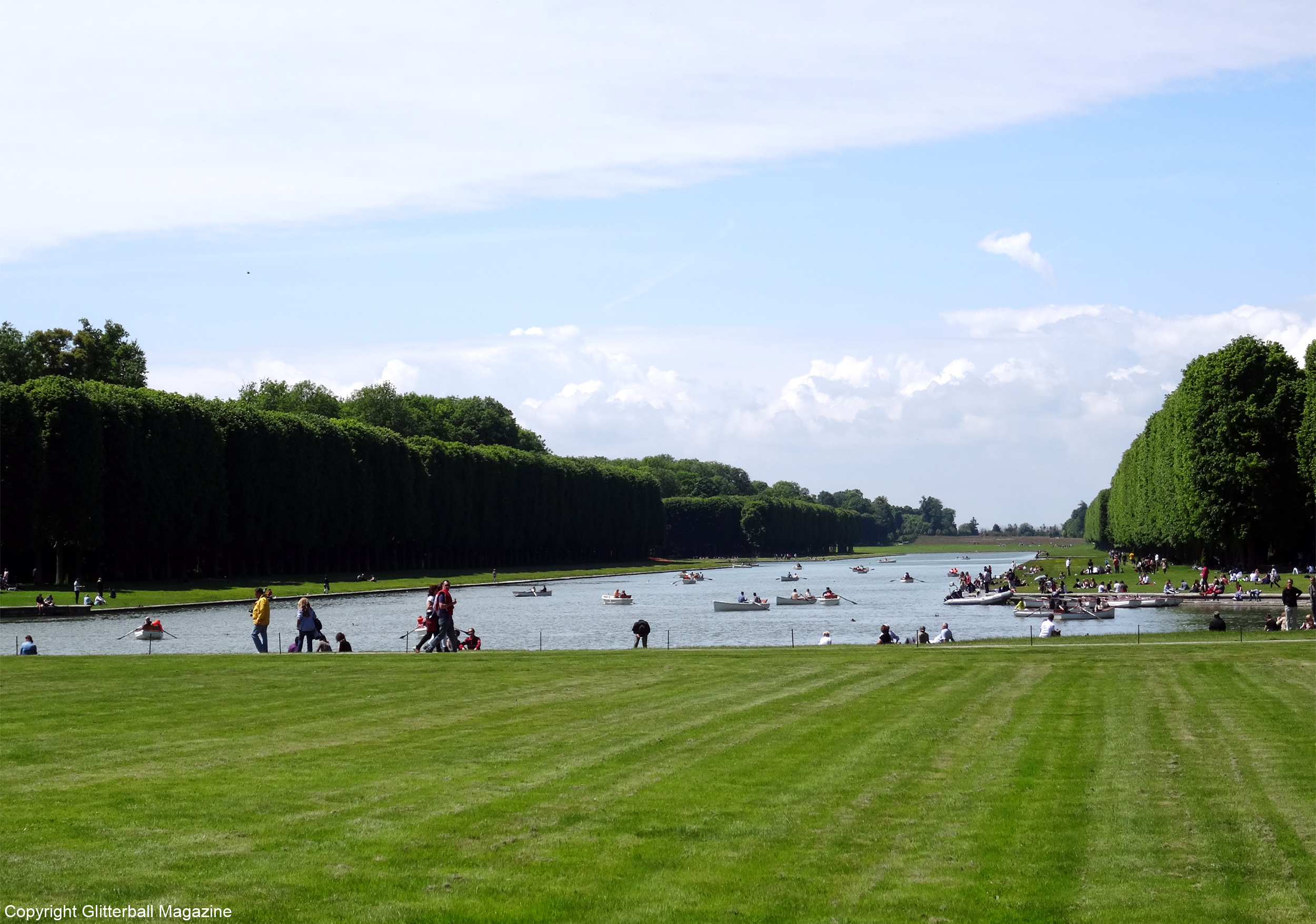 The Grand Canal is enjoyed by lots of tourists as well as locals. You can even hire a boat and imagine you’re on your way to one of Marie Antoinette’s fabulous parties (in a former life, we’d totally be sisters). There are several fountains in the gardens, including the Latona fountain, which was recently restored. 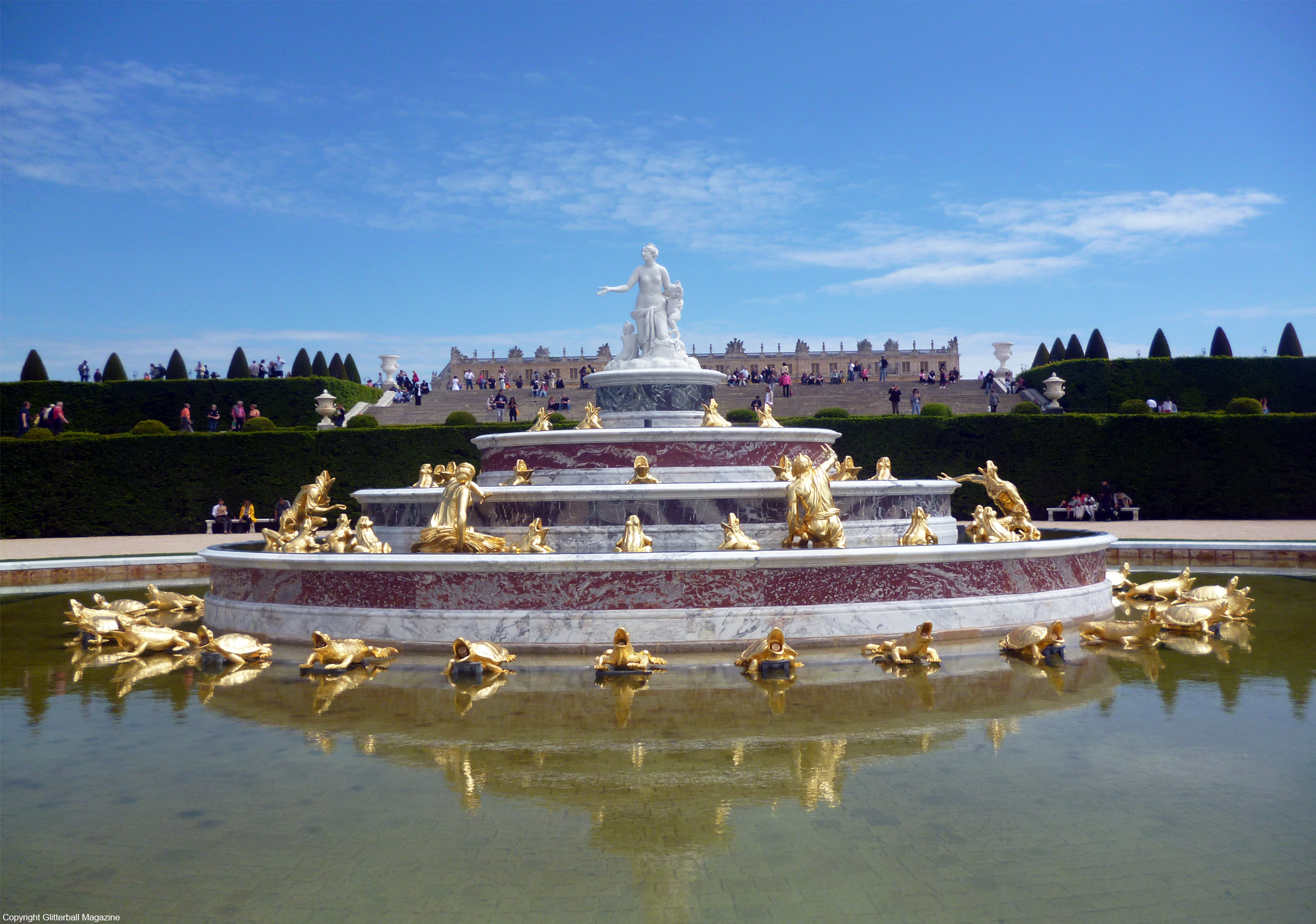 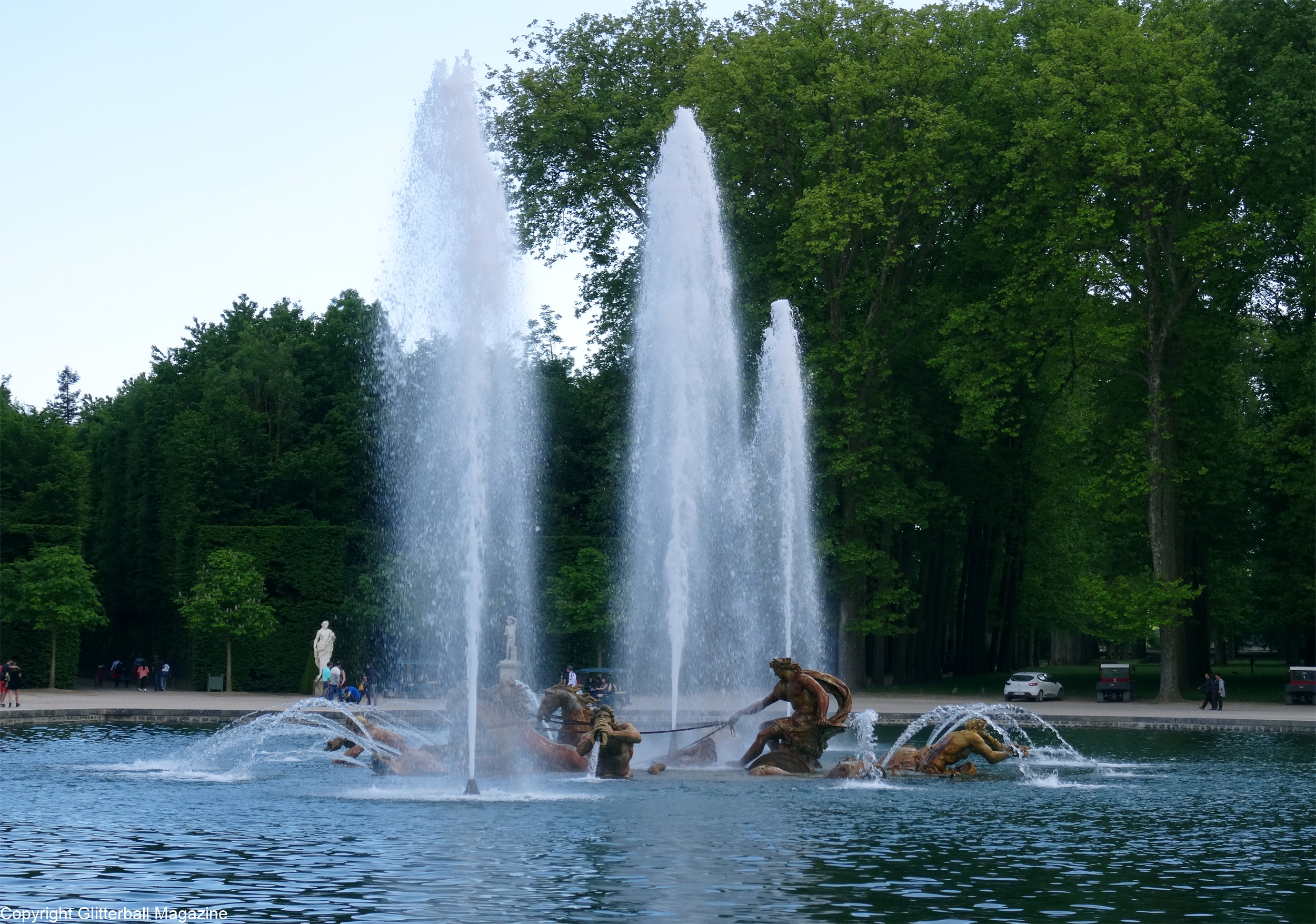 When Royal life became too much for Marie Antoinette, she spent a lot of time on her estate, Petit Trianon. Gifted to her by her husband, Louis XVI in 1774, she thoroughly enjoyed her privacy here. If you weren’t invited, you didn’t get in. Petit Trianon also includes The Hameau de la Reine (Marie Antoinette’s rustic retreat), a farm, boudoir and mill. 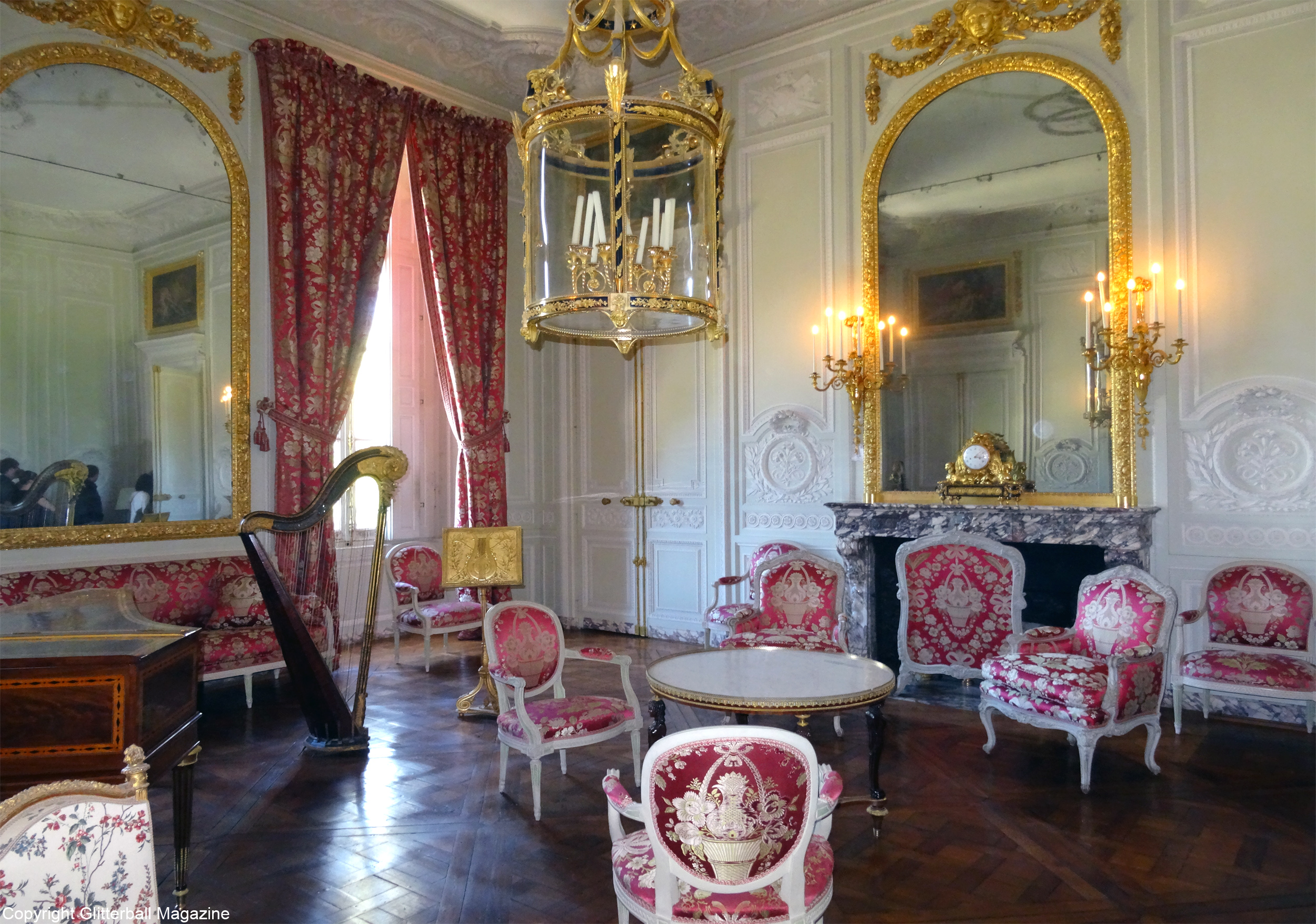 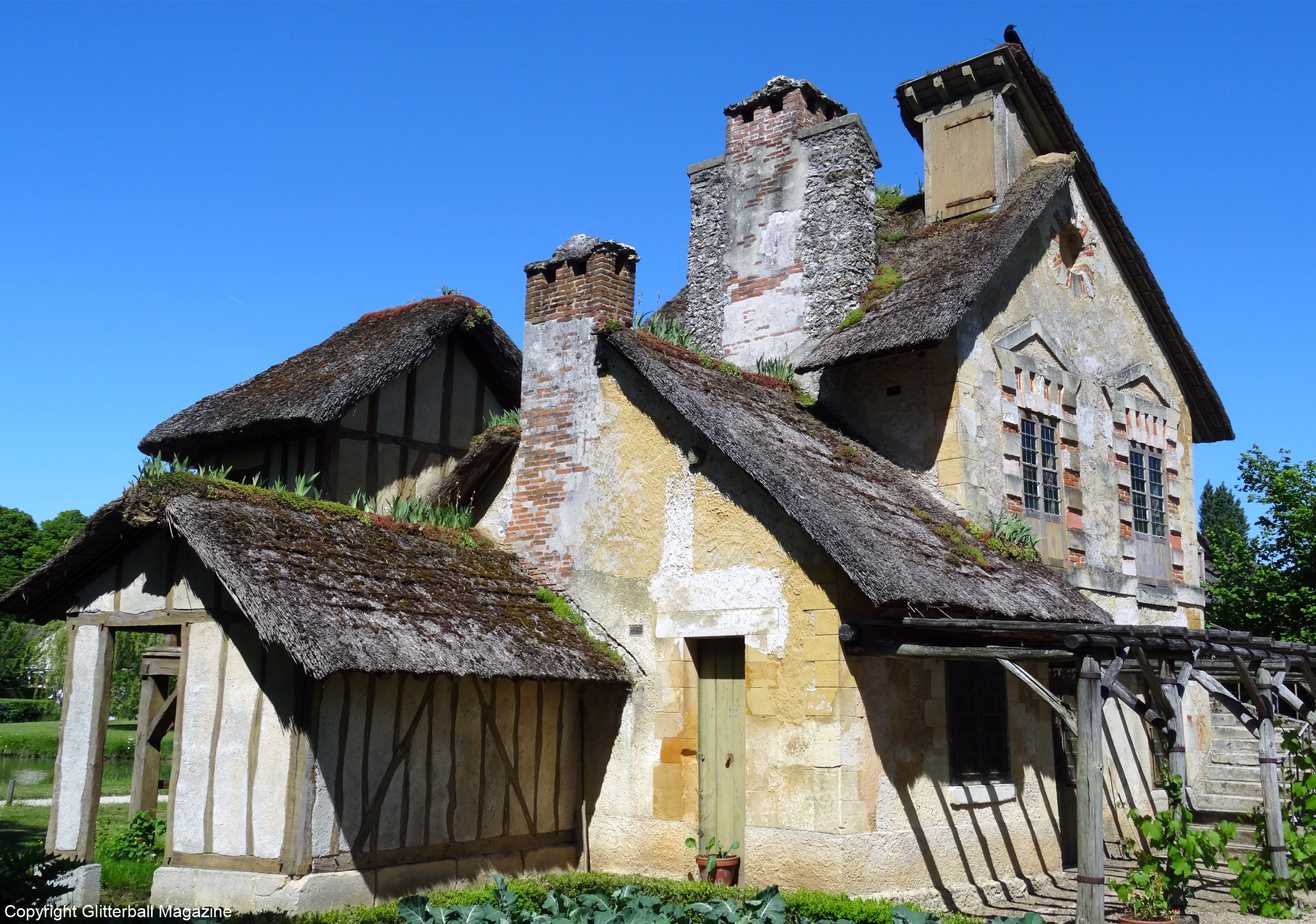 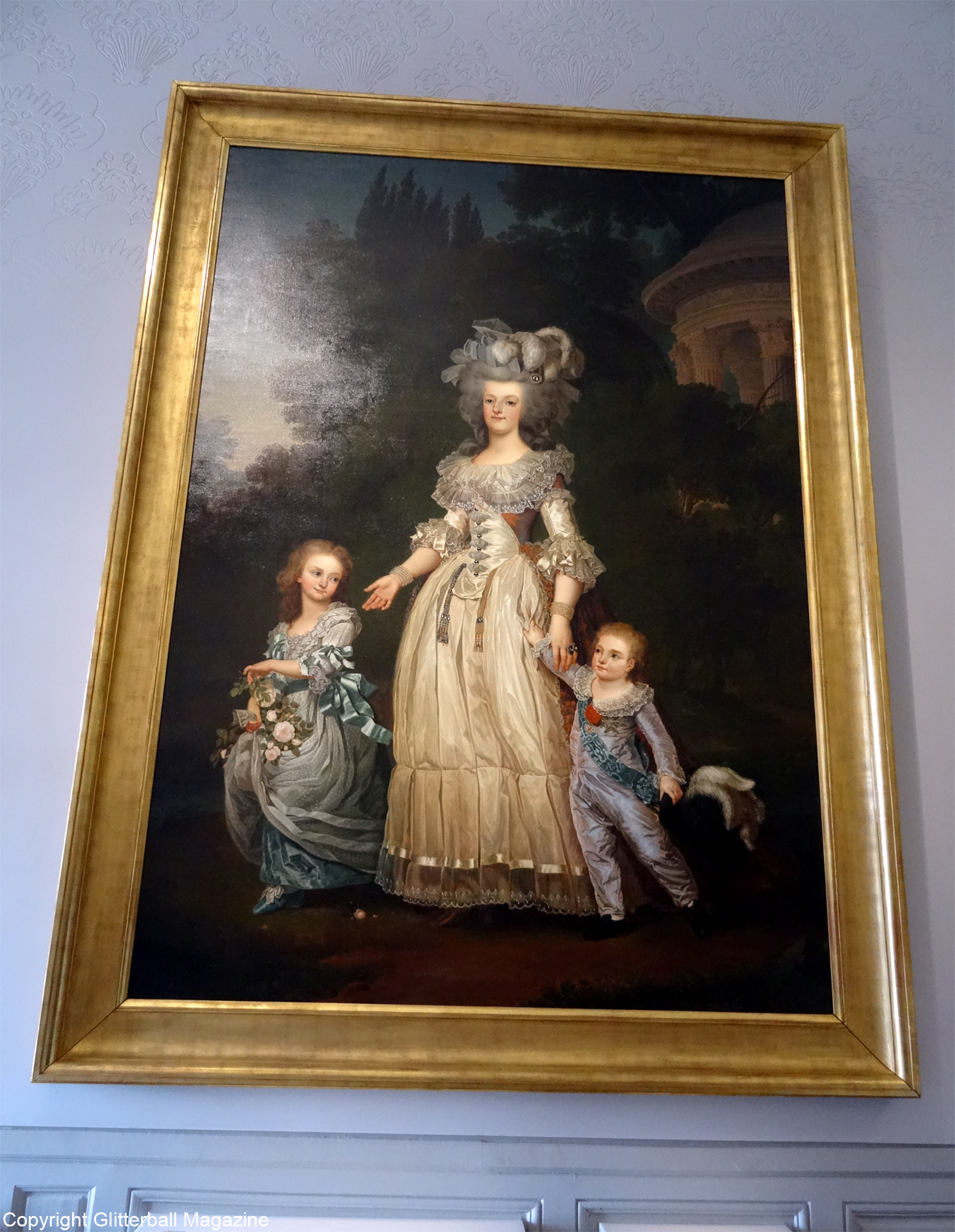 The only downside to Versailles is that it’s so stunning that I found it painful to leave. I’ll definitely be back soon!

A day trip to Versailles, including the château, gardens and Marie Antoinette’s estate, costs 25€ per adult (excellent value considering there’s so much to see!).

CUTE AND QUIRKY WITH A WORRY DOLLS HEADBAND

LOOK OF THE WEEK: BEATNIK IN PARIS

CUTE AND QUIRKY WITH A WORRY DOLLS HEADBAND

Much like Blair Waldorf (who else misses Gossip Girl?), I’m rather fond of wearing headbands. They look so smart and chic....
COPYRIGHT MICHELLE WINTER 2015-2020. ALL RIGHTS RESERVED. NO CONTENT TO BE REPUBLISHED WITHOUT PRIOR WRITTEN PERMISSION AND THEY MUST BE LINKED BACK TO THIS BLOG.
Back to top