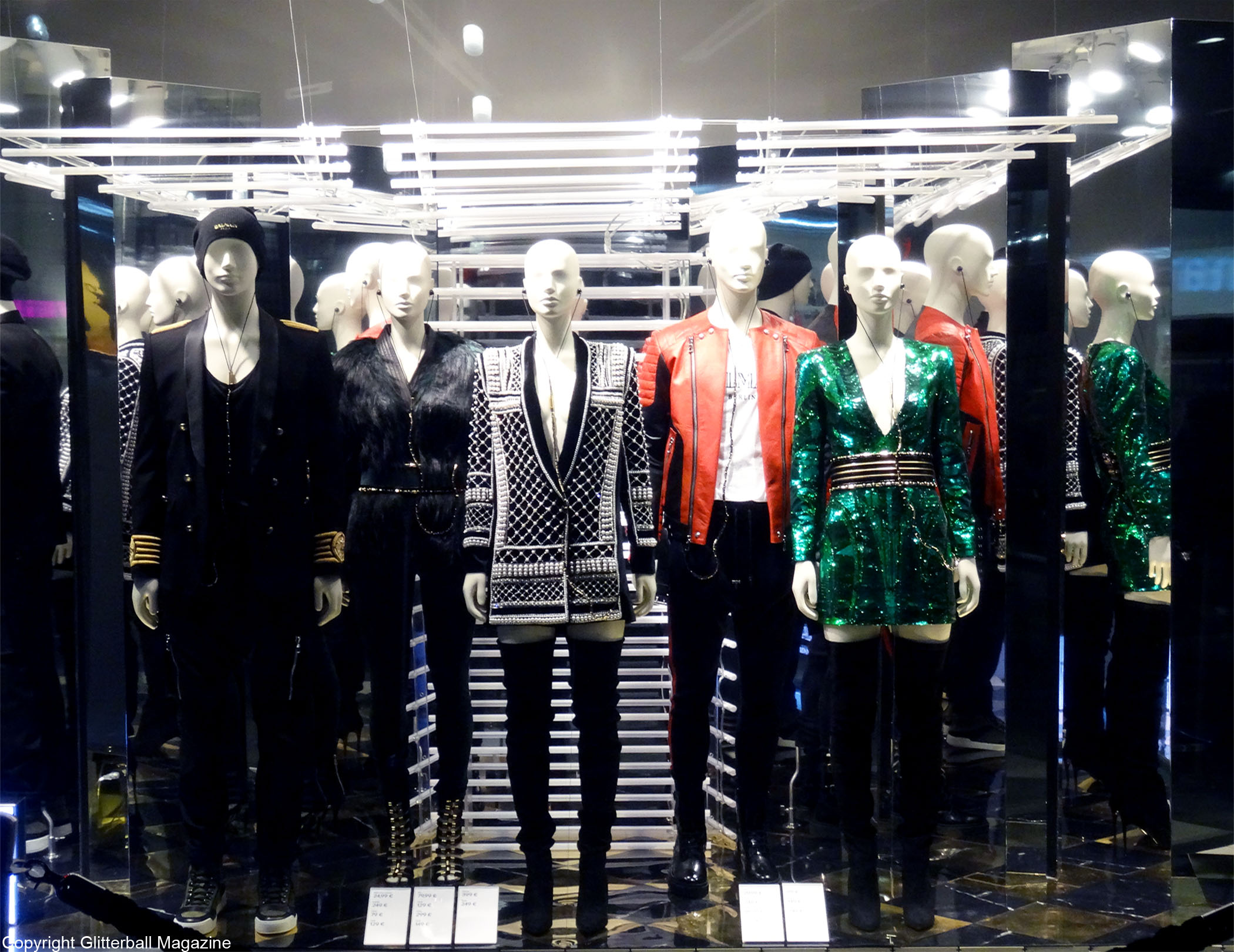 Balmain x H&M has ignited excitement in the fashion world ever since the collaboration was announced.

It’s exciting buying a beautiful jacket, dress or a stunning pair of shoes (sometimes all three!) in a designer’s signature style for a fraction of the cost.

I’ll admit I wasn’t initially impressed by the Balmain x H&M pieces. This changed when I saw the full look book and spotted The One. Staring back at me was the most beautiful leather biker jacket with gold buttons and padded shoulders. I had to have it.

I’m usually in the UK for the collections but if I’m unable to queue outside I have to make do with online purchases (highly stressful as the H&M website always crashes and everything sells out in a matter of minutes). However, for Balmain x H&M I happened to be in Slovenia so I headed to one of the Ljubljana stores for the range.

If I’d thought everything was going to be calm and organised I couldn’t have been more wrong. It’s expected that every H&M designer collaboration involves enormous queues, people running into the shop as soon as you’re allowed inside (something I’ve never done… *ahem*) or people buying things to sell on eBay for astronomical figures. Thus leaving genuine fans with slim pickings to choose from.

I won’t forget what happened in Ljubljana. I arrived at the store at 5.45am to a mini queue of five. I was surprised by how many men queued up. Usually they merely accompany their girlfriends but in Ljubljana men were genuinely there for the Balmain x H&M menswear.

At 8.40am security briefed us on a few rules (no running or pushing) which seemed like a waste of time considering half of the queue didn’t listen. The back half of the crowd had already pushed forward.

People who had queued for hours complained it was unfair that latecomers had pushed in. It would have been easier if wristbands had been given out, as in other cities. Security didn’t know how to manage the event and the expanding crowd, which was closing in around the front of the store. With five minutes to go, security reemerged asking everyone to stand in single file. The queue was a complete shambles.

9am. The guard finally let us through, a handful at a time. It was SO exciting seeing the collection close up! I knew exactly where to head first: the leather jacket.

There she was, sitting alone on the shelf (ok, so there were about six more but I wanted to sound dramatic). Everybody else had gone straight towards the t-shirts and dresses. I quickly grabbed a few different sizes and then started a whirlwind blitz around the area. After what seemed like a few minutes, more people rushed into the store. What was going on?!

Usually, small groups of 15 are allowed in for a maximum of 10 minutes browsing time but allowing this many people in to shop at the same time was ridiculous. There was no order at all. People ran and pushed to get what they wanted. It was absolute bedlam.

I had so many things that I couldn’t carry them all. I had to leave before I was crushed (or dropped what I was carrying).

Usually you’re only allowed to try on a certain number of clothes in fitting rooms but for Isabel Marant at least there were plenty of staff to keep an eye on everyone’s items. This didn’t happen in Ljubljana. I had five big bags of clothes to try on and because we were limited to seven items at a time it was very stressful. However, unlike in the UK there was no time limit in the dressing rooms (which I’m eternally grateful for).

While I tried on some pieces someone in the queue helped themselves to a white t-shirt I was going to try on, which was in one of bags staff were supposed to be looking after. Clearly not.

Now to the clothes…

I was pleasantly surprised with the collection. Everything was a lovely fit but the small sizes were frustrating. I picked up four leather jackets because I was unsure which size would fit me. Just as well I did because I tried on my usual size and it was too small!

The detailing on the clothes and accessories were outstanding, hence why I bought so many things! Balmain, je t’aime!

Although this was the worst designer collaboration I’ve been to for lack of organisation, I’m thrilled with my purchases. The mayhem was definitely worth it!

Unlike many, I never buy the collections to sell on eBay, I buy them because I want to wear them. I actually bought so much,  one of my shopping bags split on the way home. Oops.

Here’s what I bought… 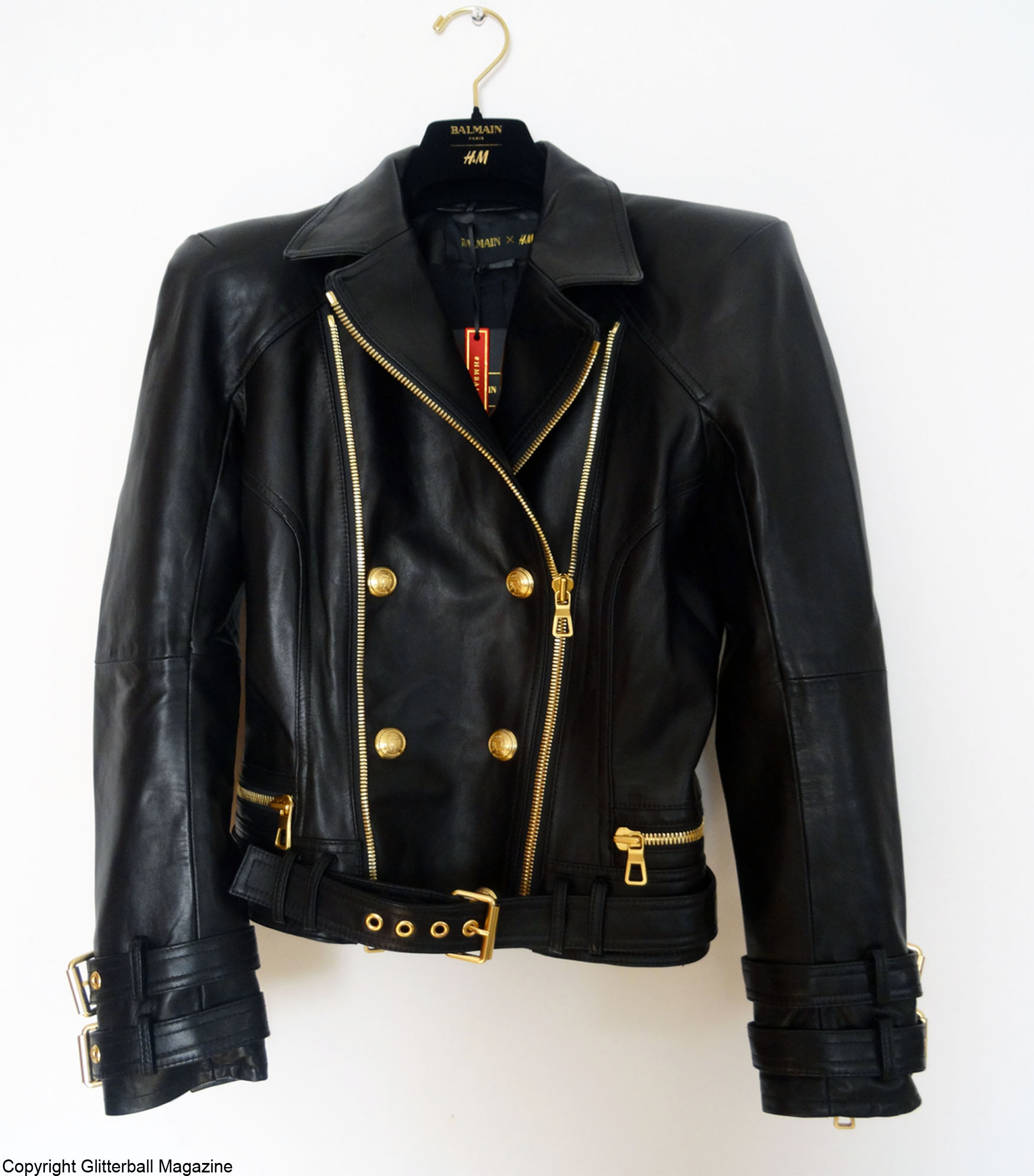 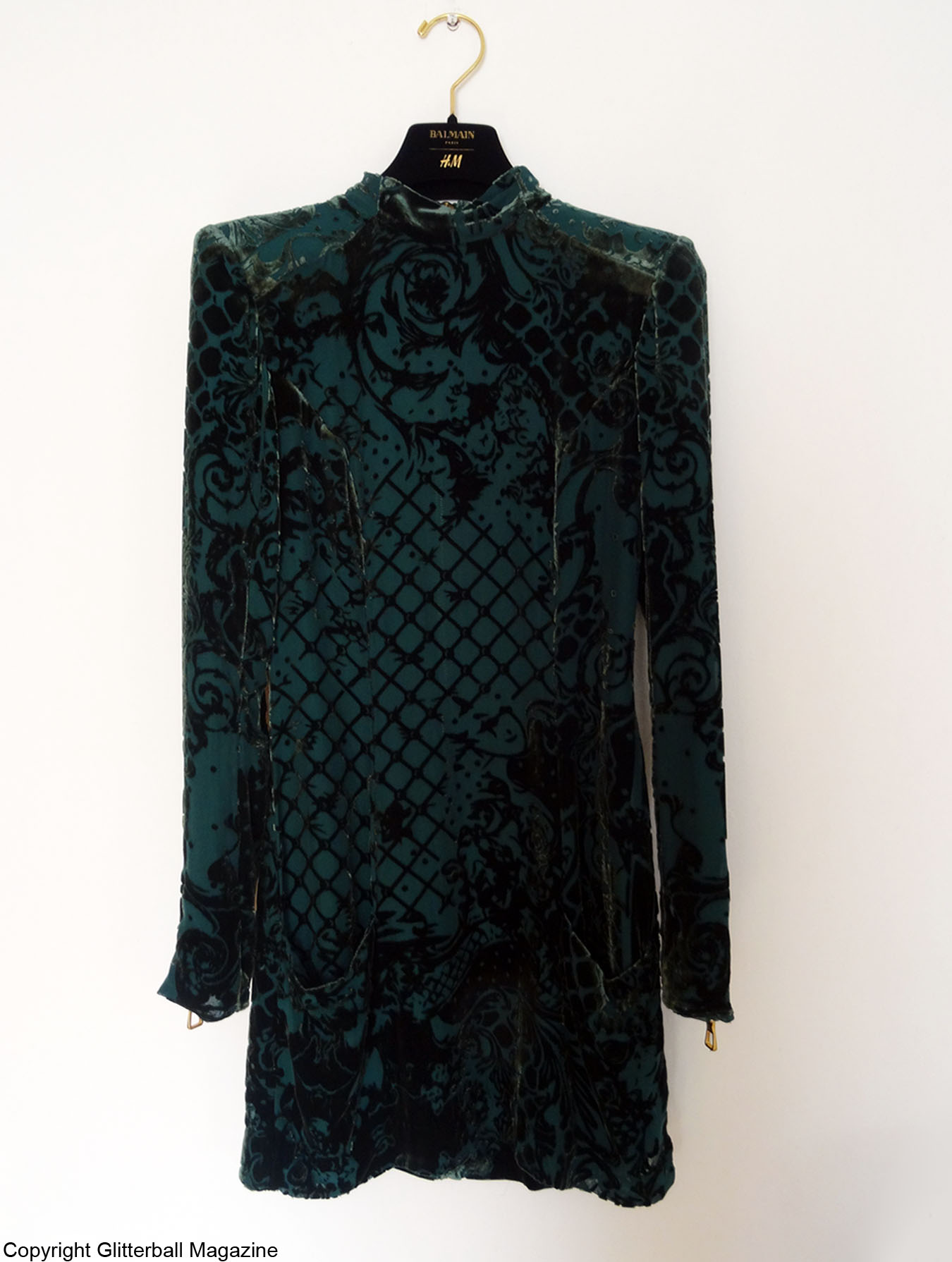 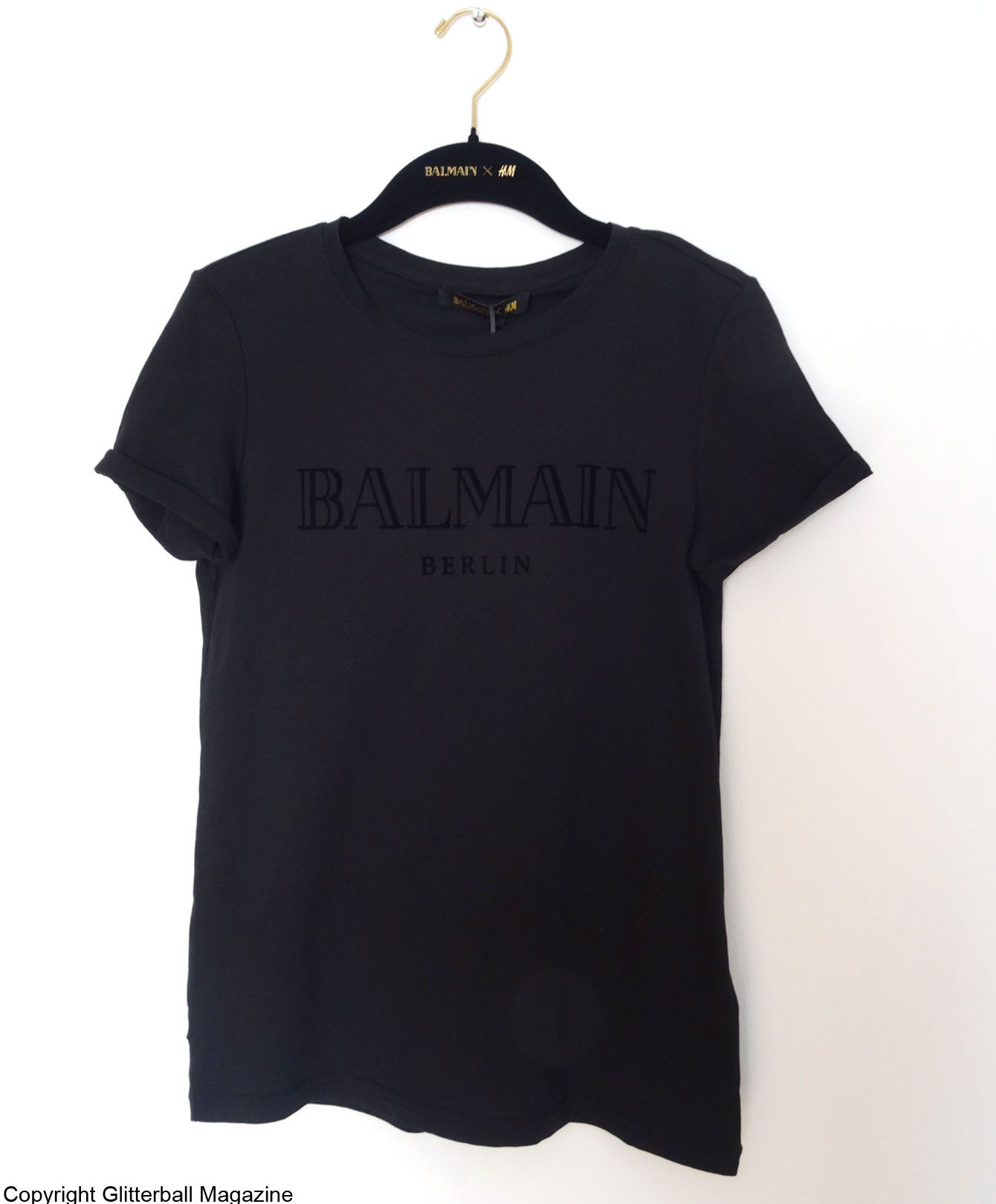 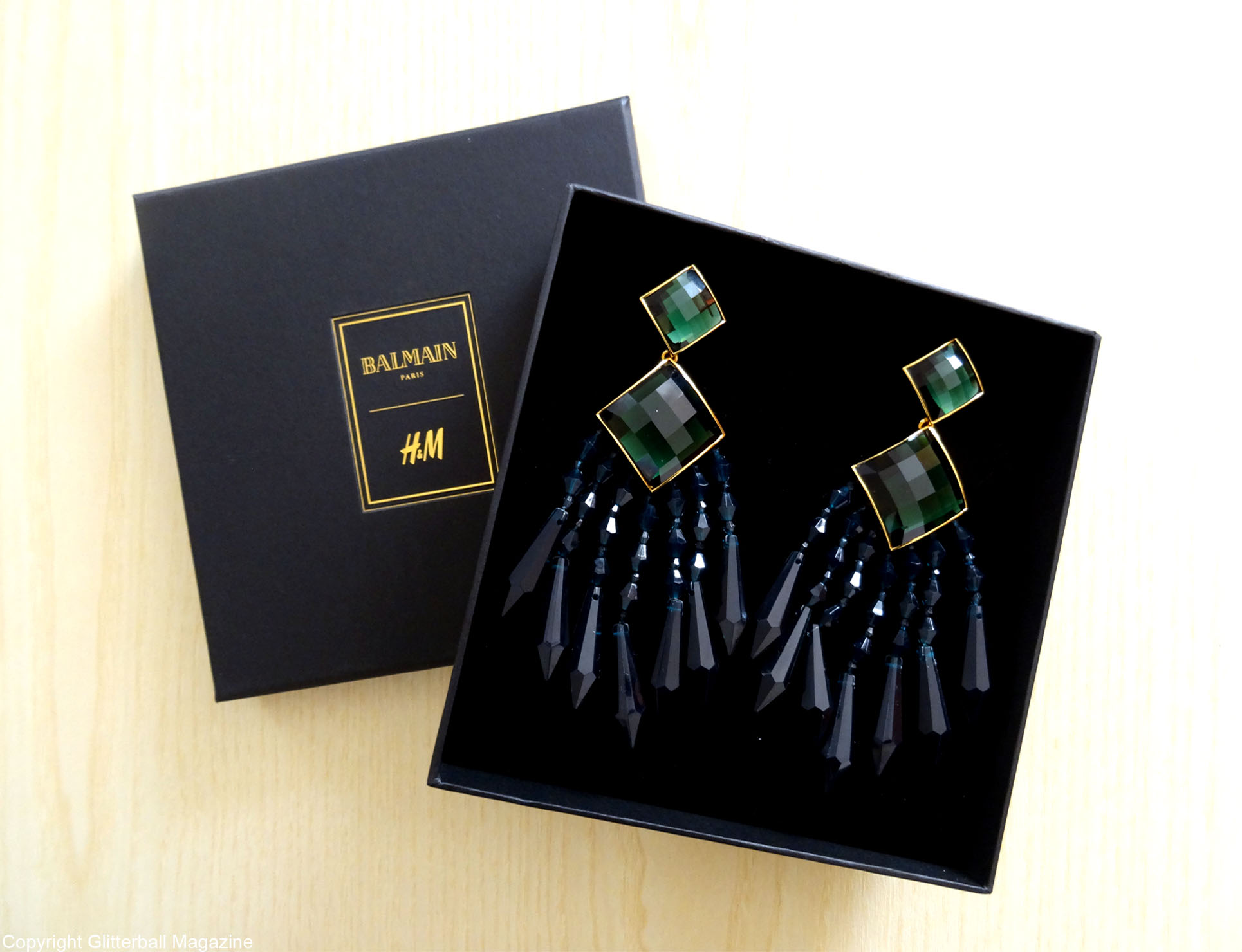 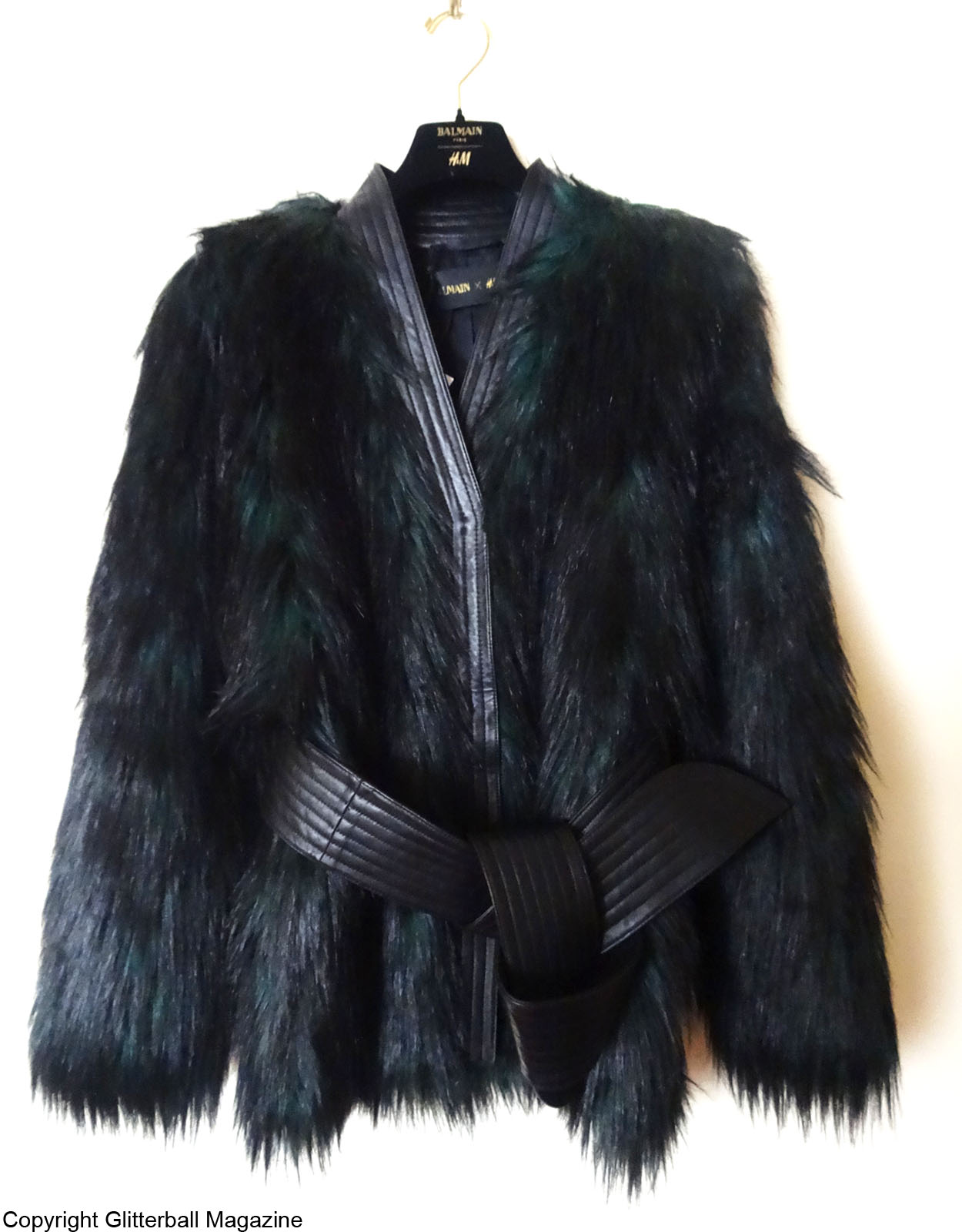 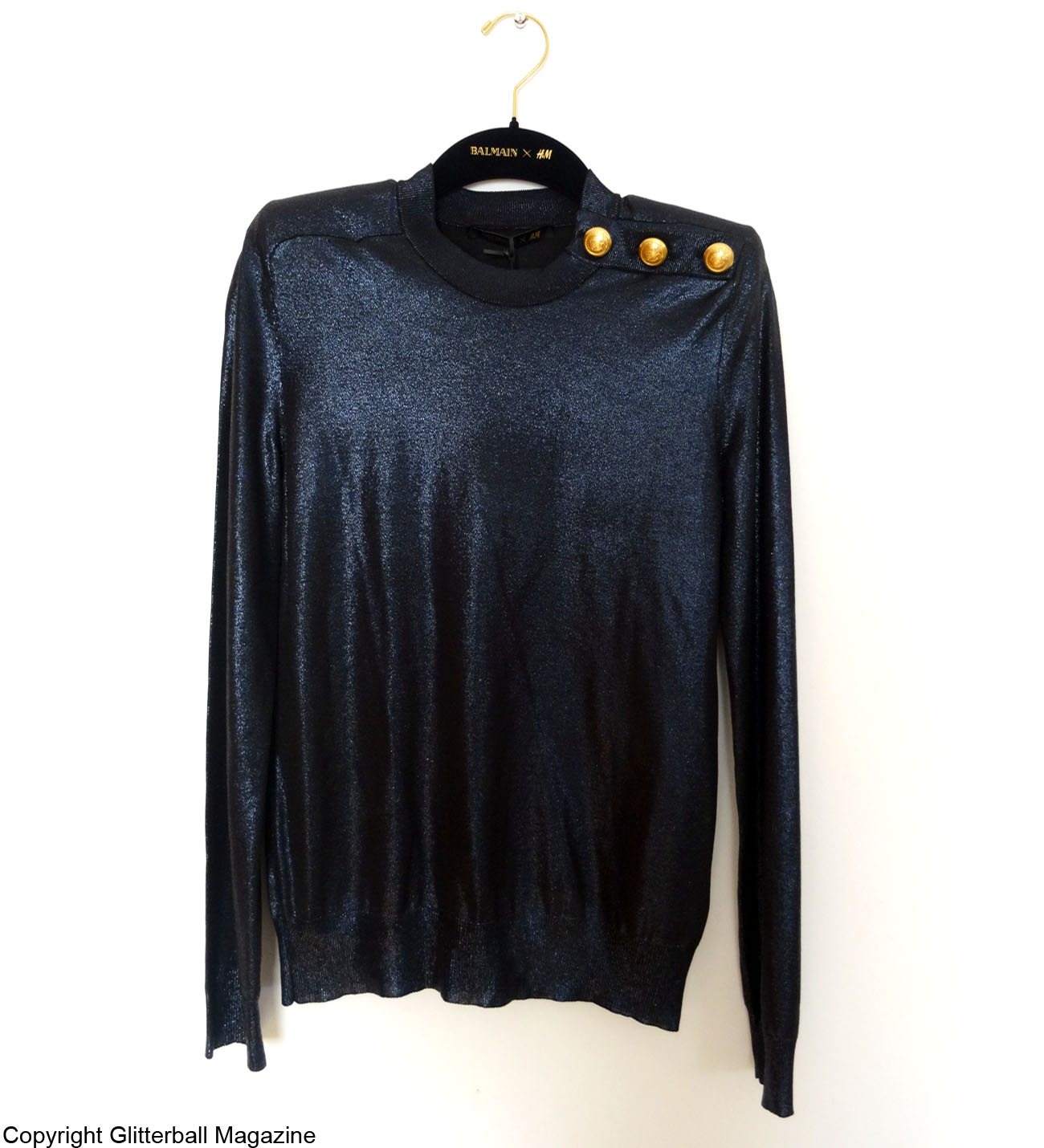 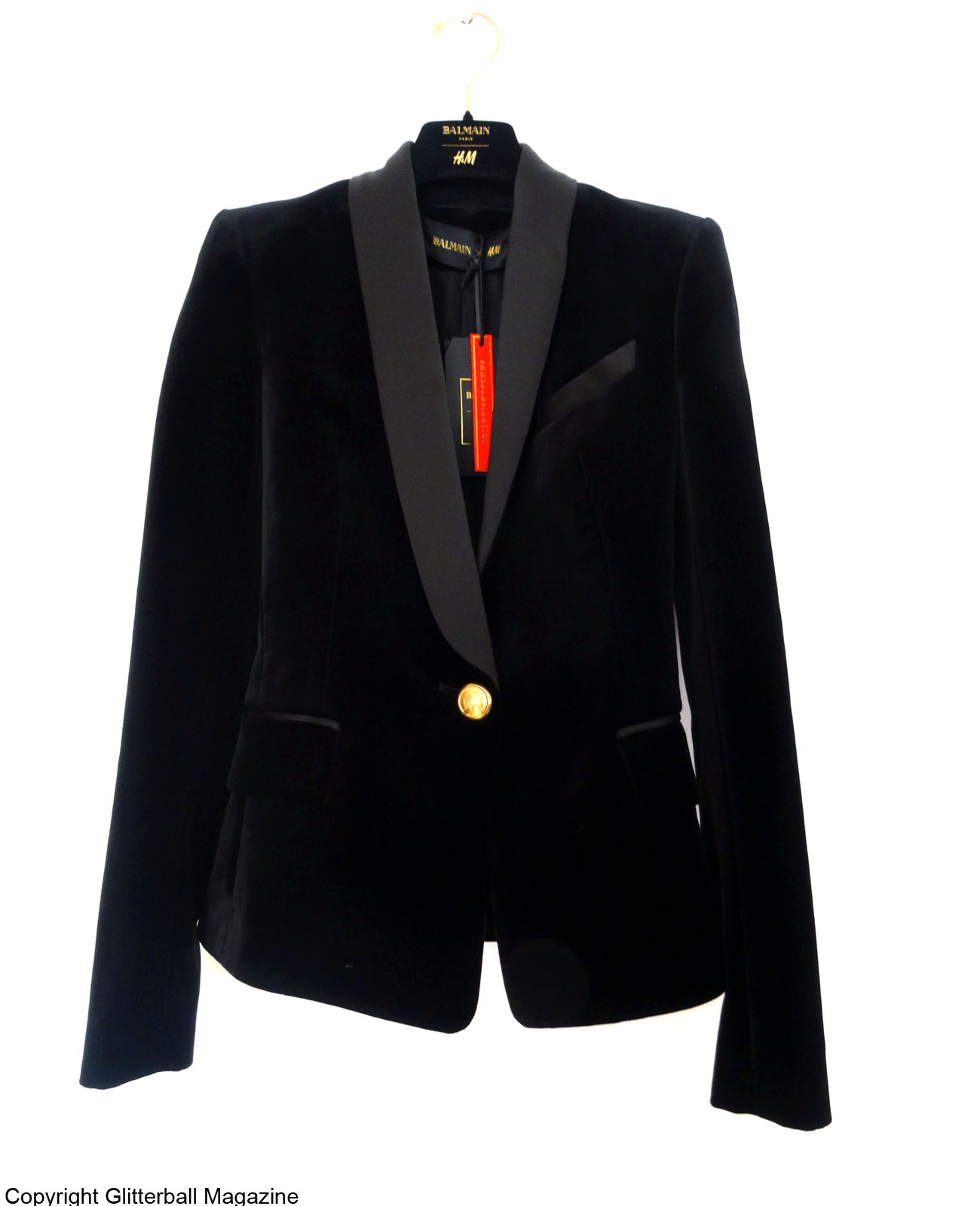 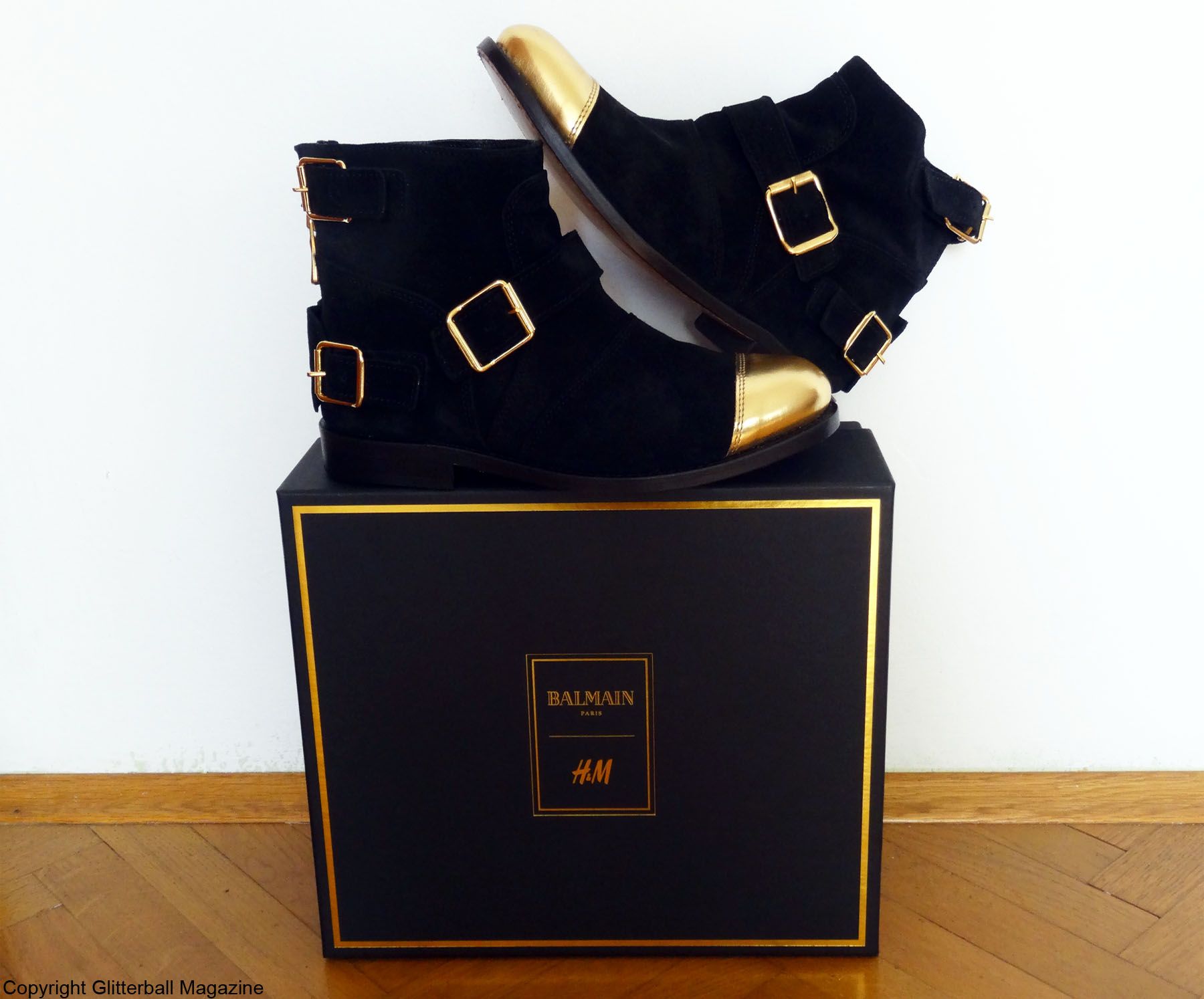 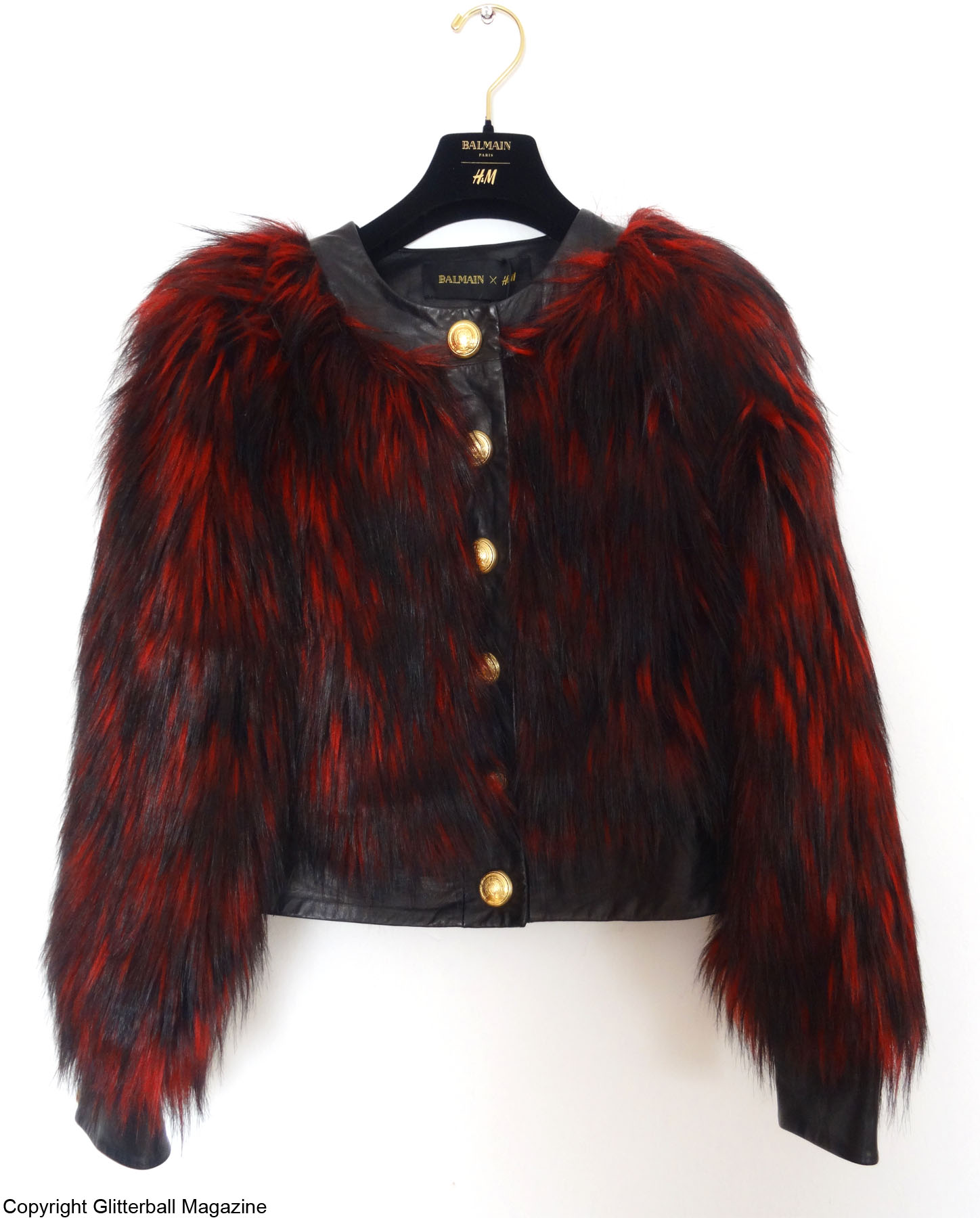 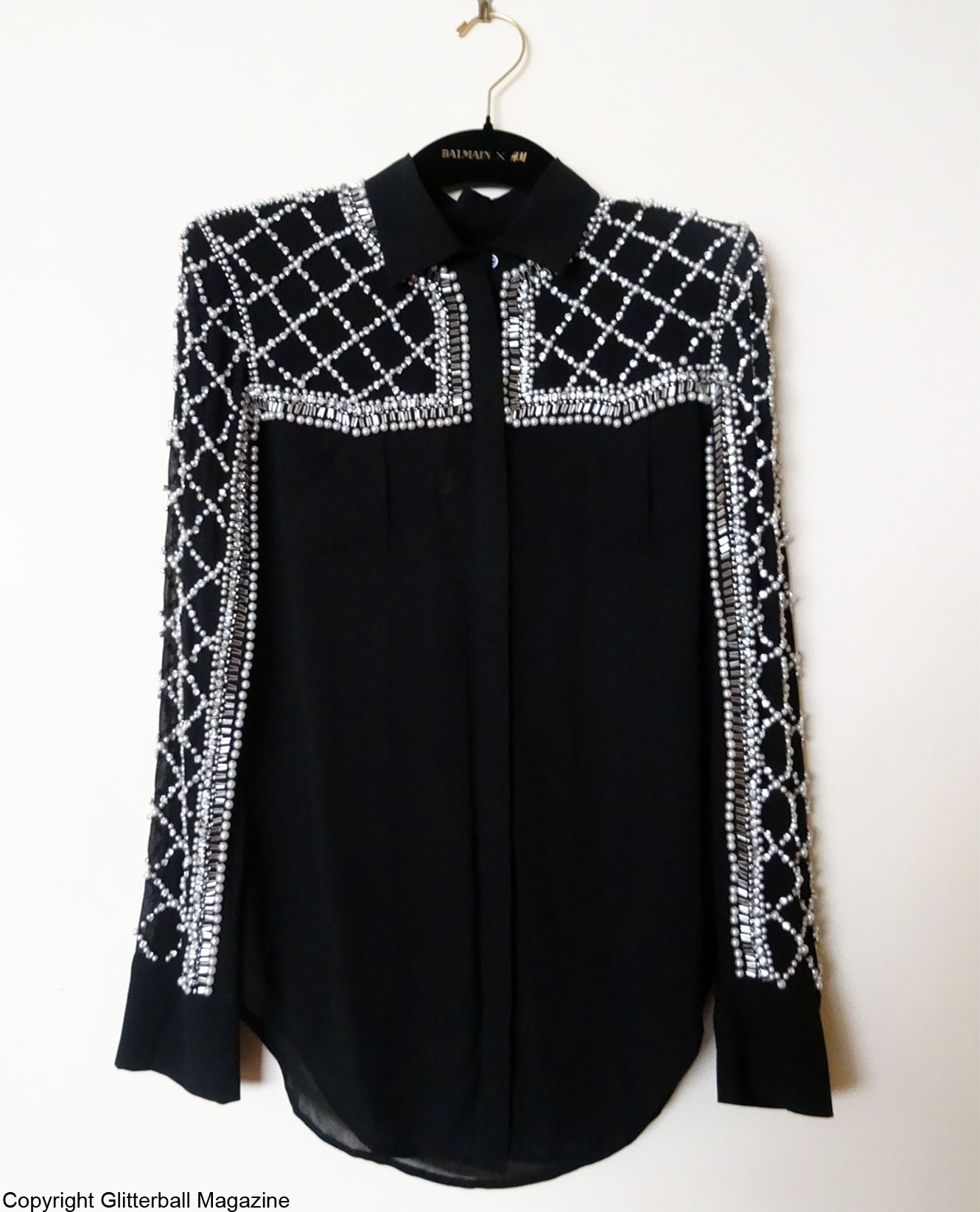 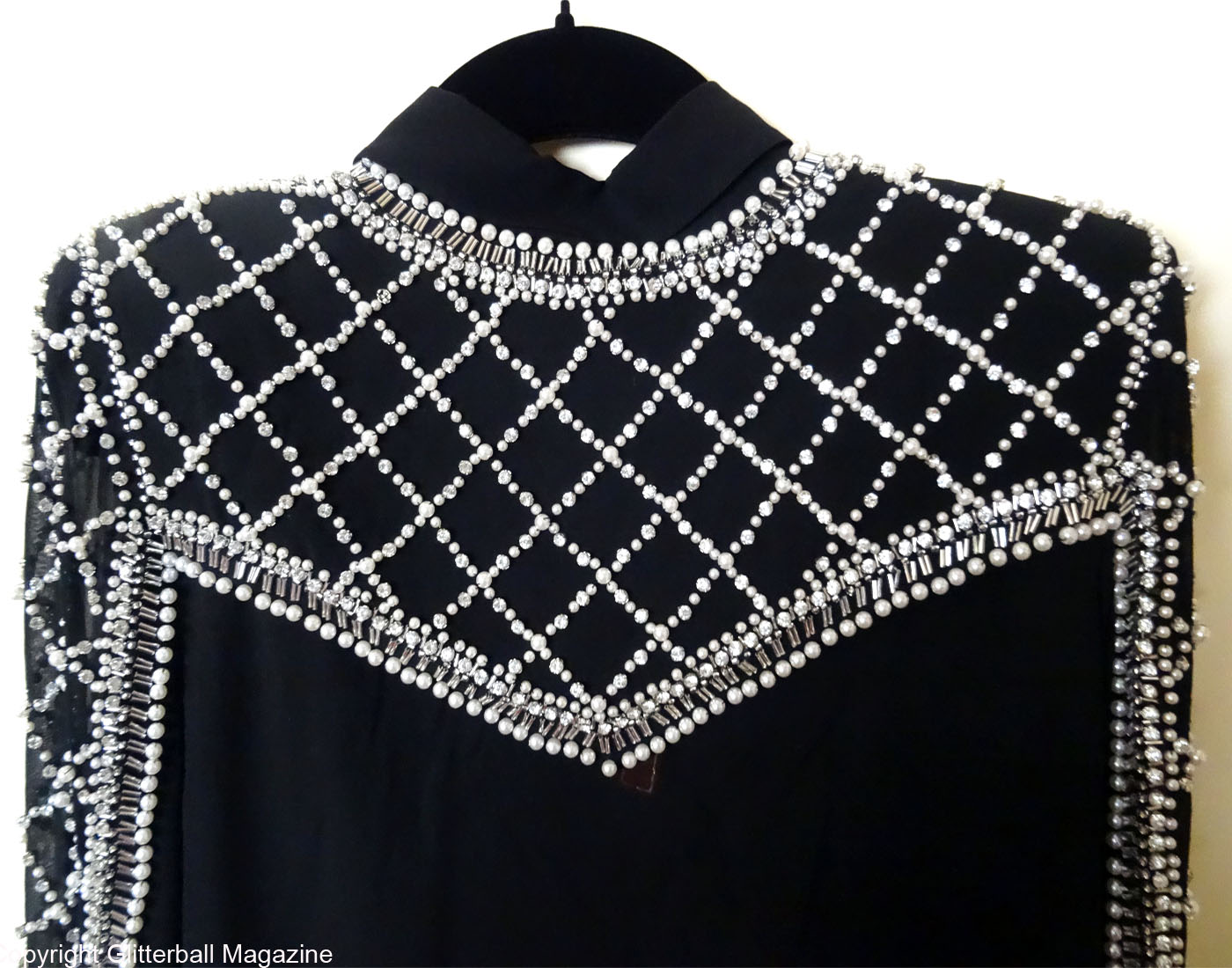 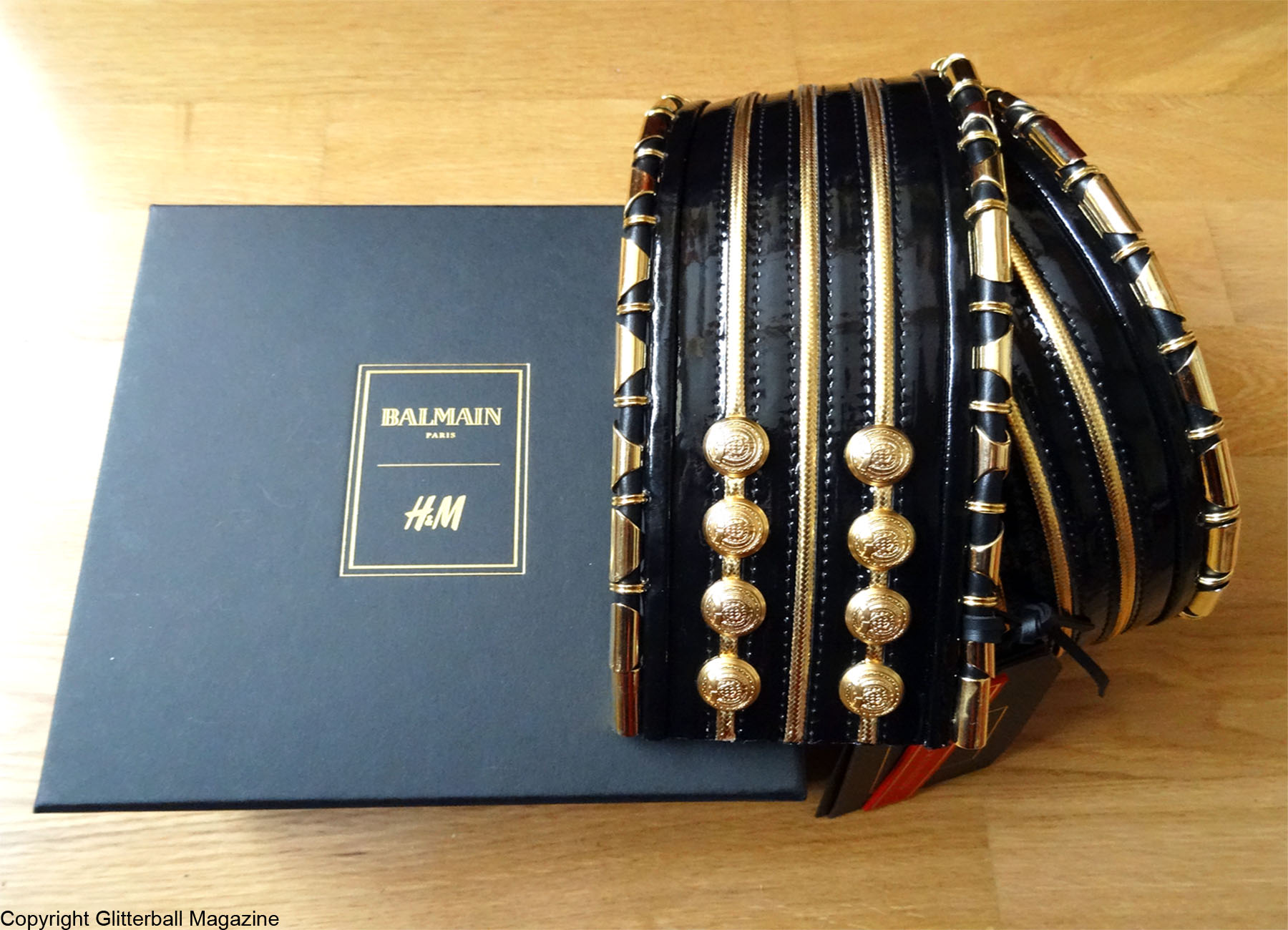 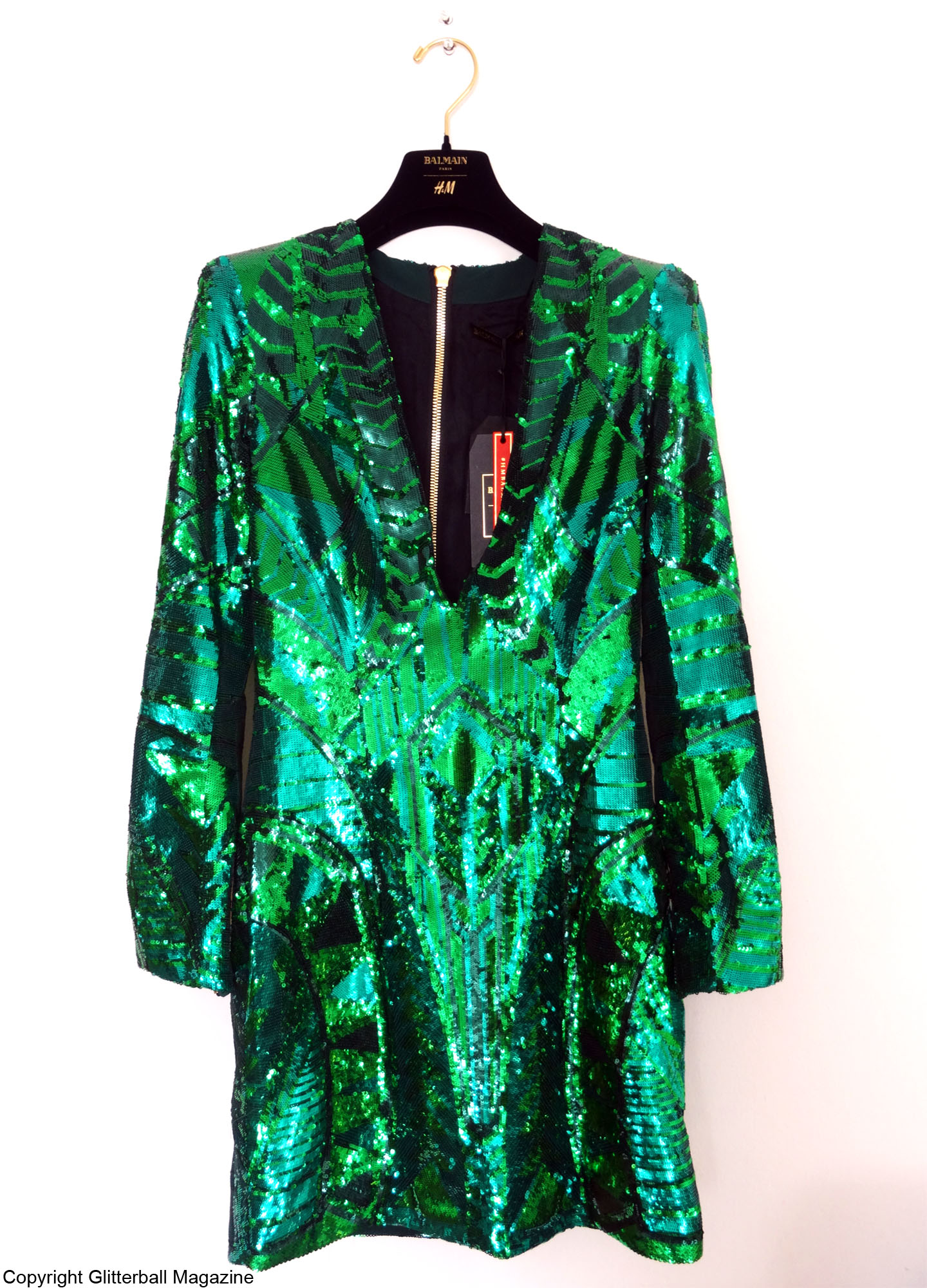 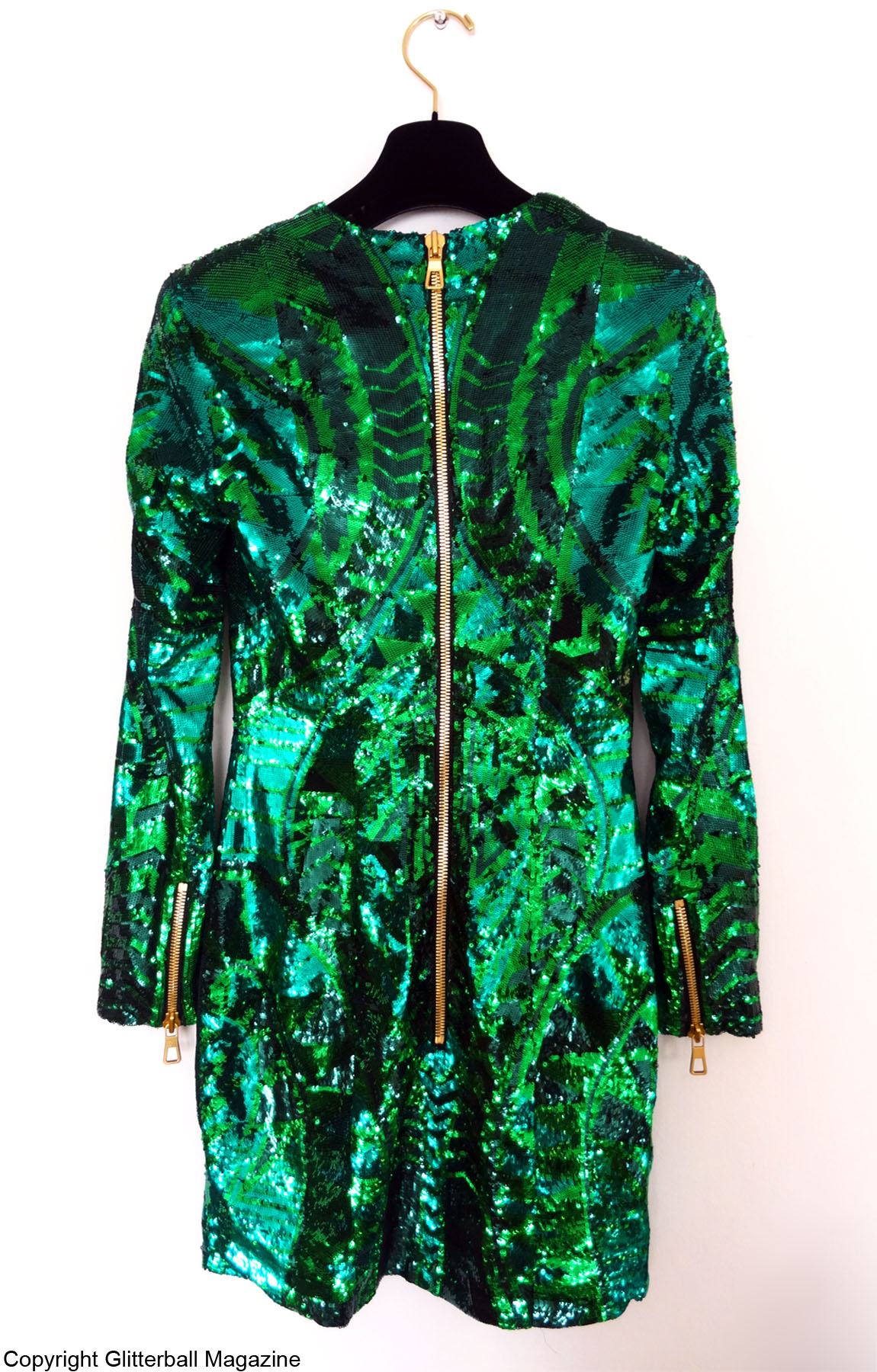 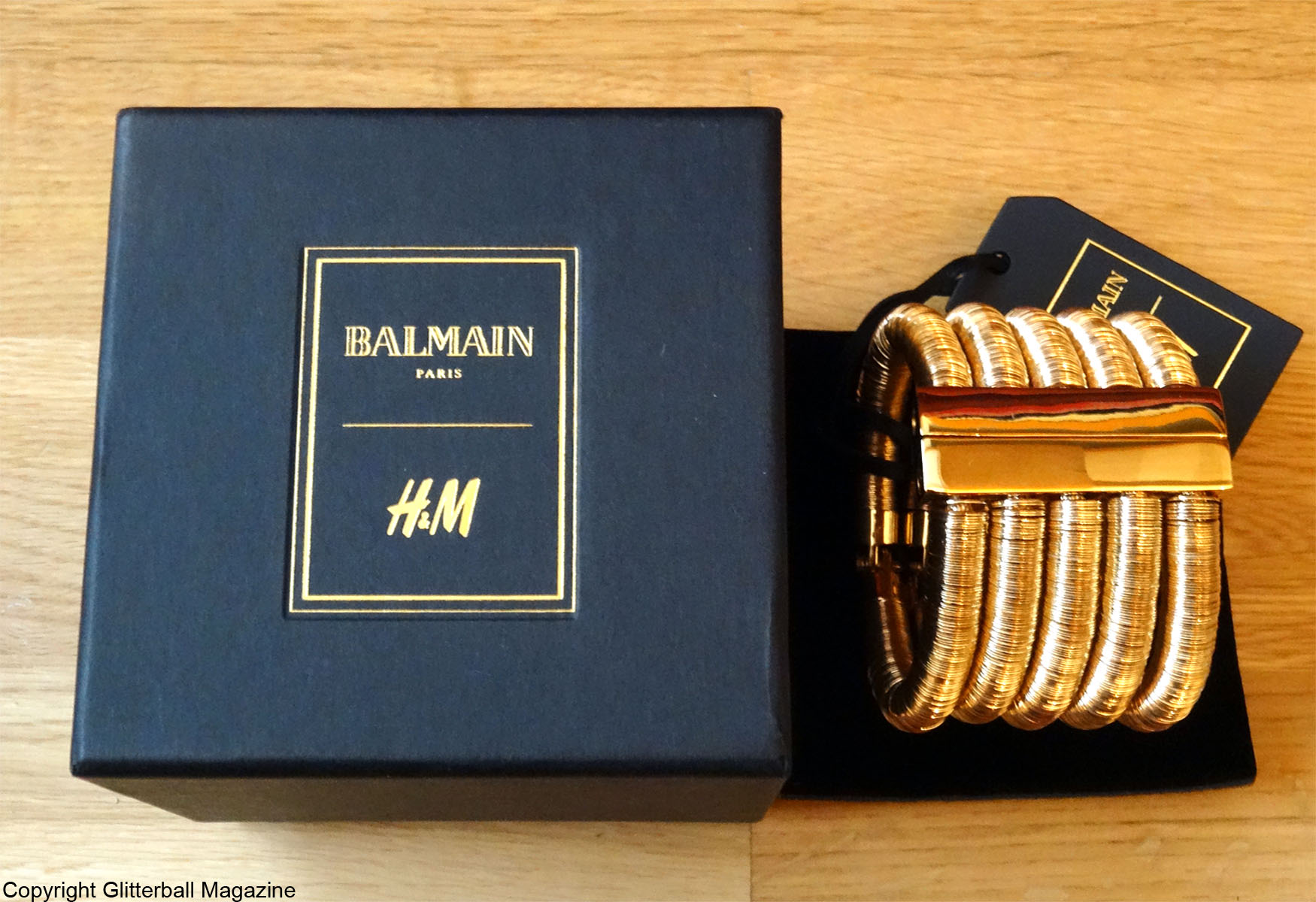 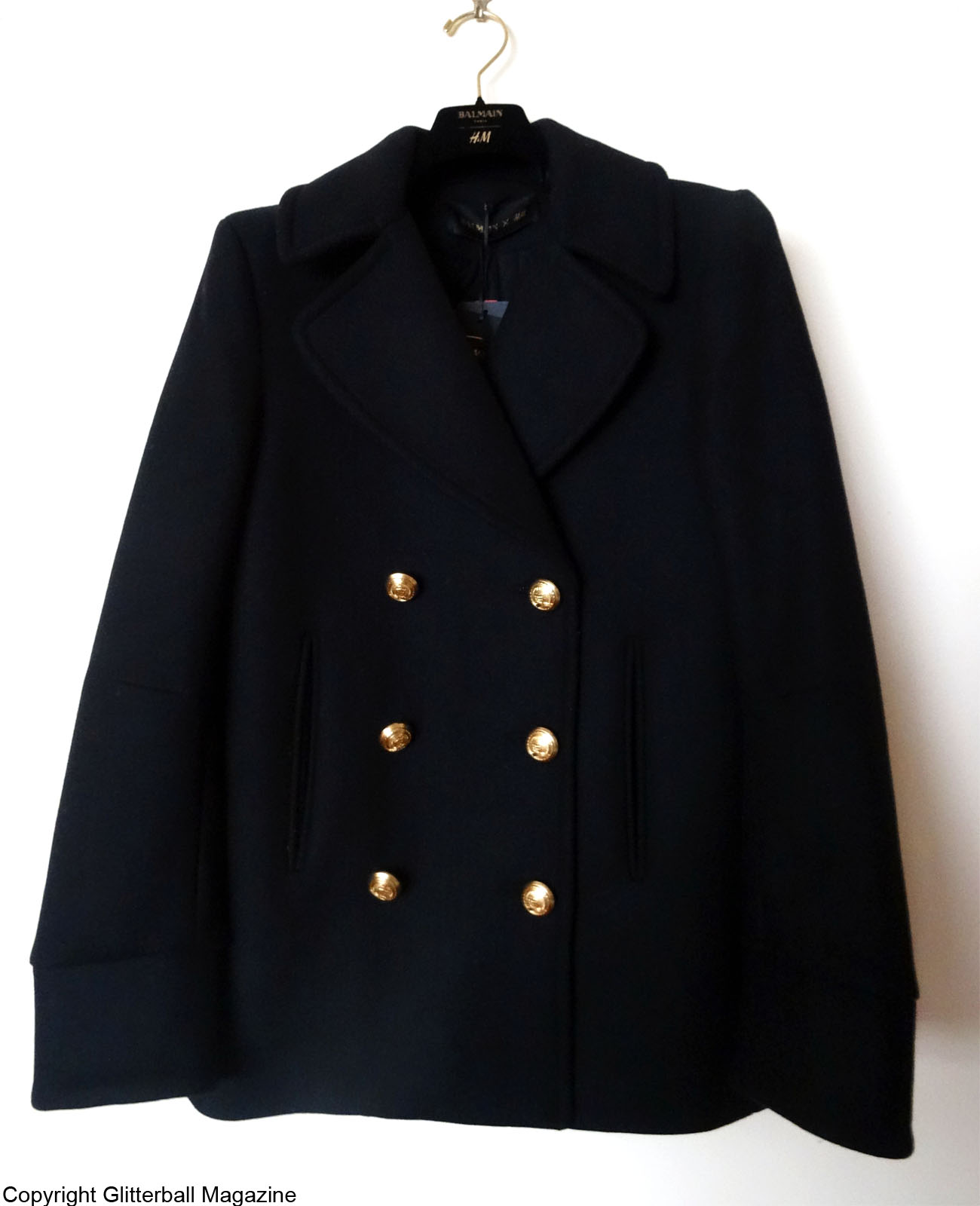 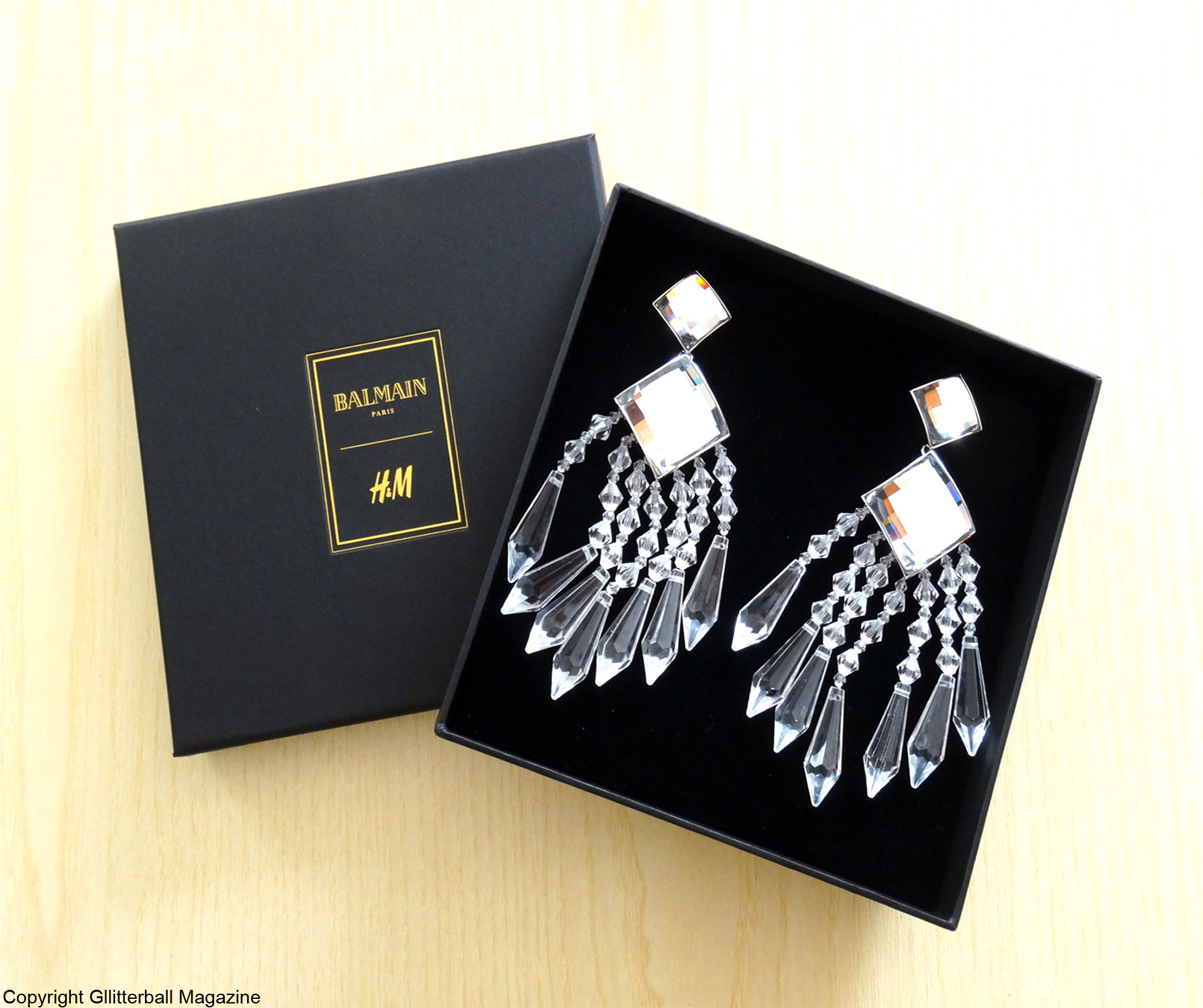 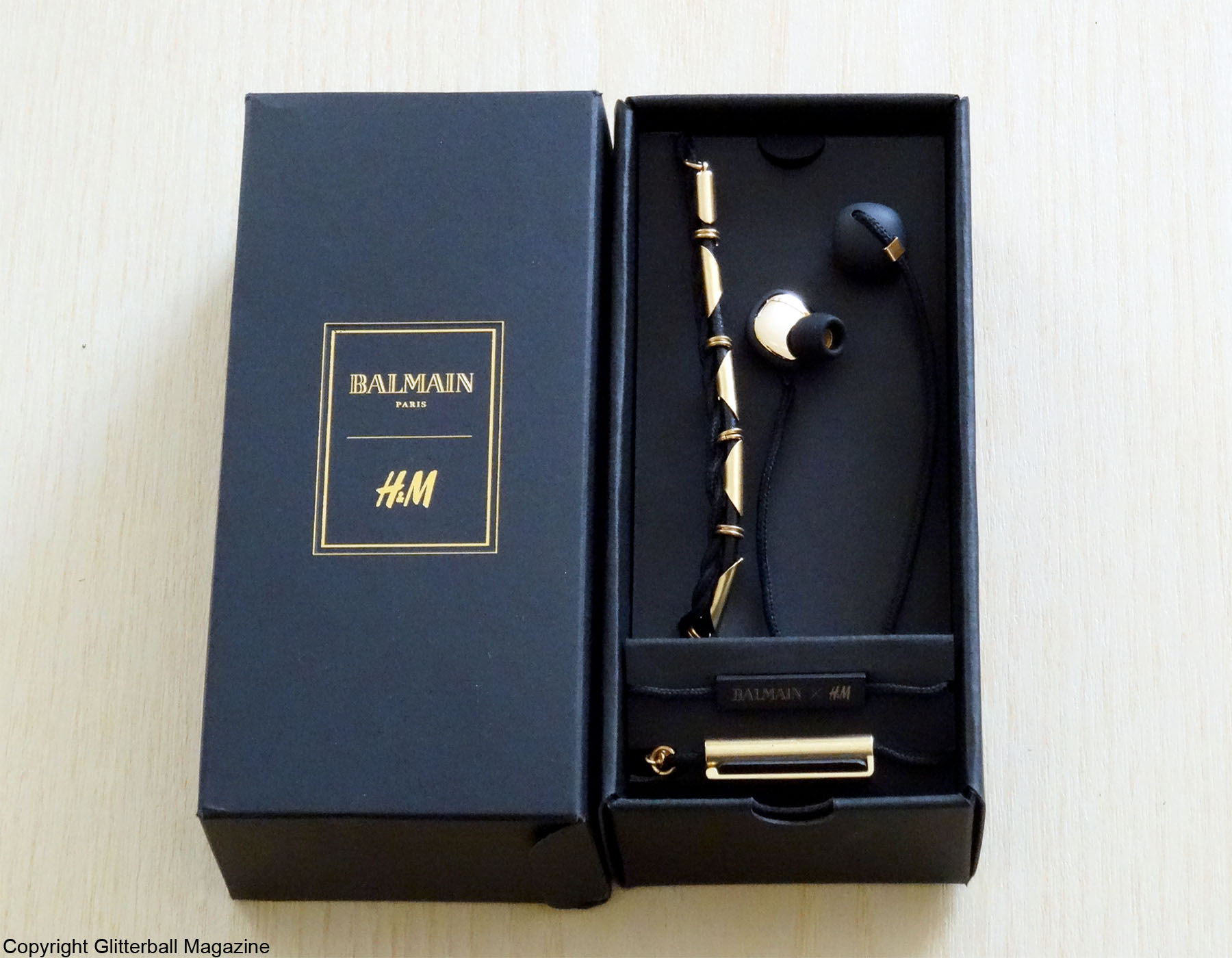 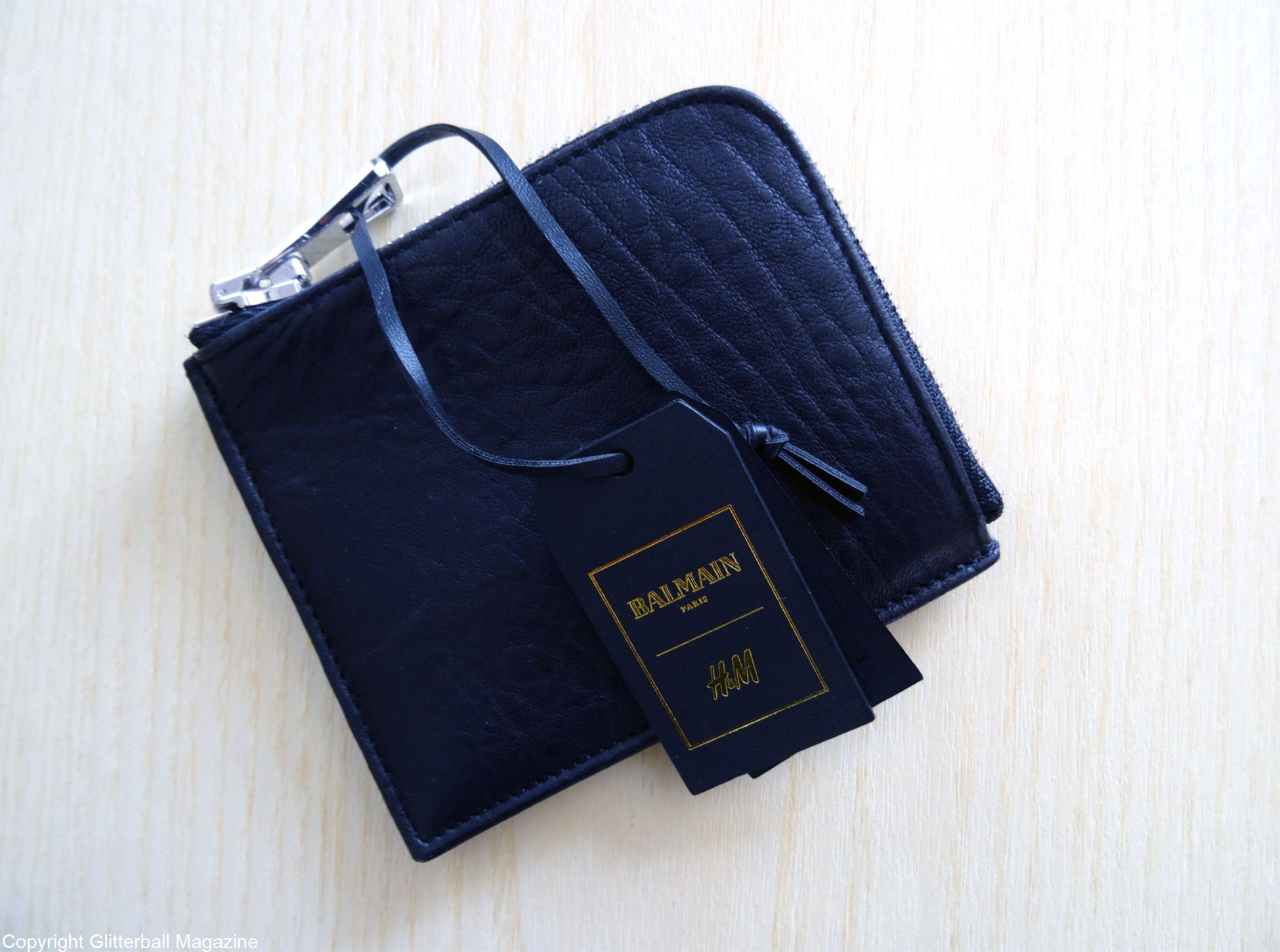 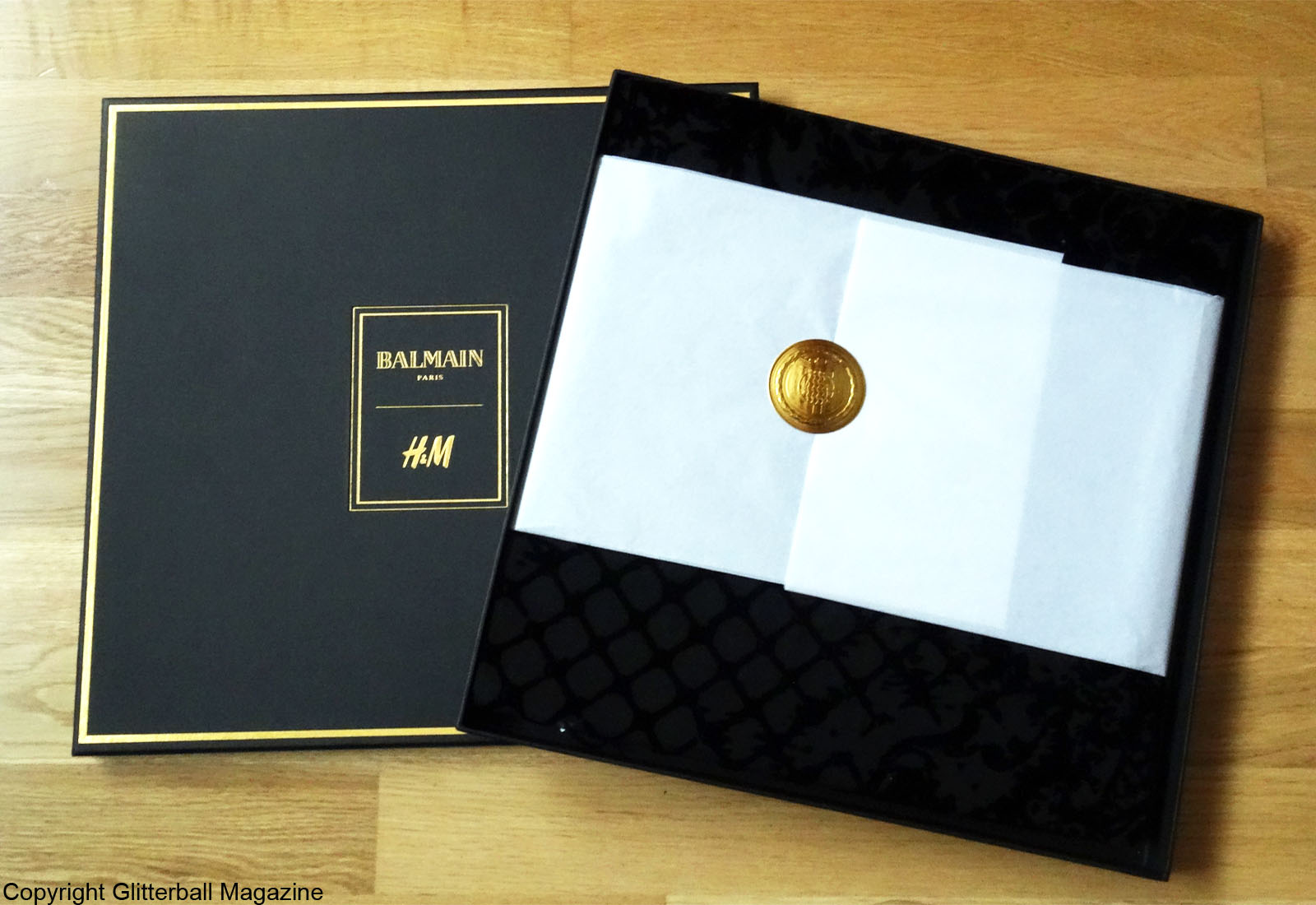 Seeing as Halloween is just around the corner, I thought I'd get into the spirit (sorry) with my Haute Stuff item this week....
COPYRIGHT MICHELLE WINTER 2015-2020. ALL RIGHTS RESERVED. NO CONTENT TO BE REPUBLISHED WITHOUT PRIOR WRITTEN PERMISSION AND THEY MUST BE LINKED BACK TO THIS BLOG.
Back to top