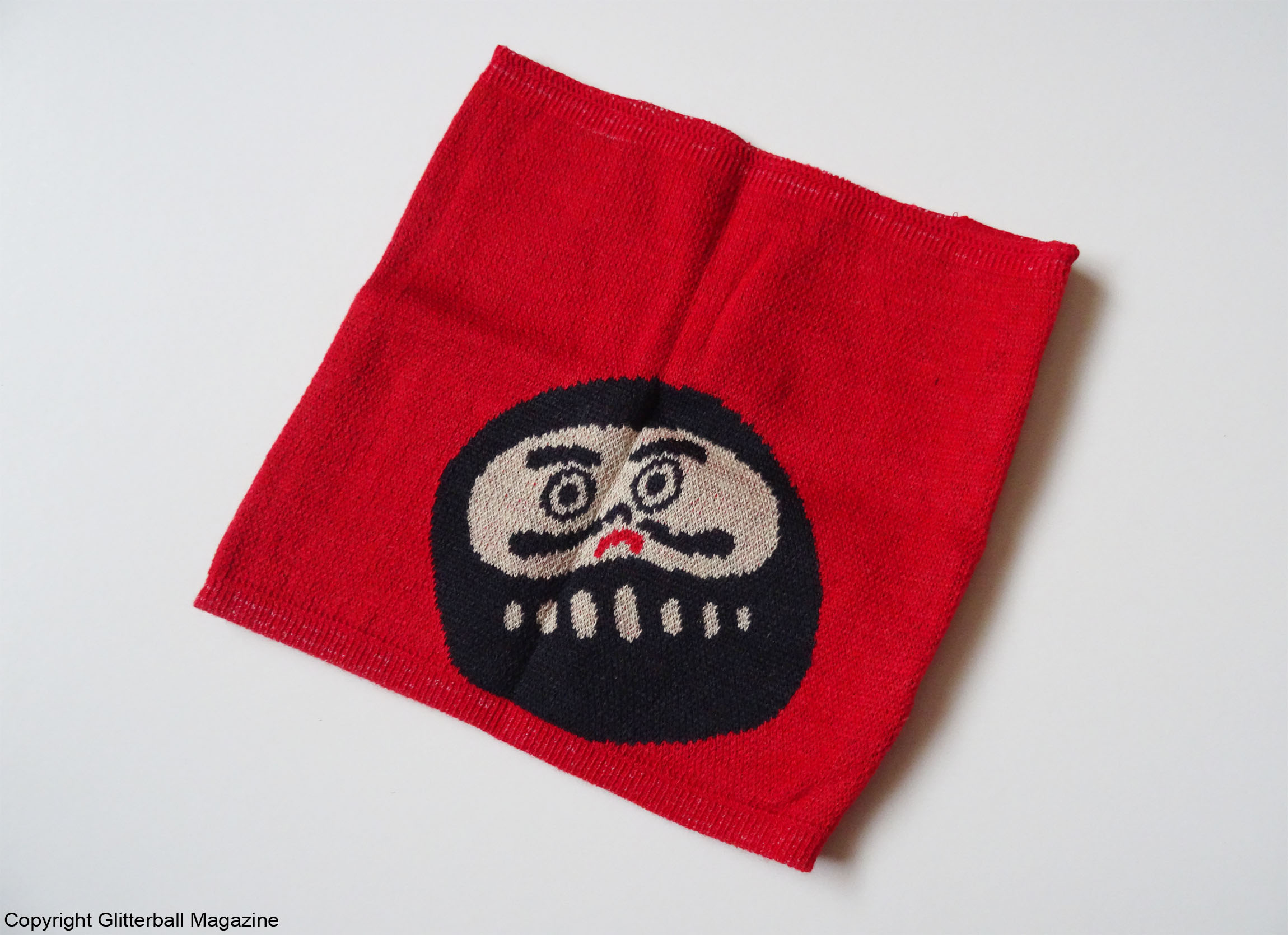 During my trip to Japan, I was keen to buy a traditional souvenir like a Japanese Daruma Doll. I bought a few different colours as well as a Japanese Daruma Doll neck warmer from a tourist shop in Kyoto. Not only is it a stylish reminder of my fantastic Japanese holiday but it also acknowledges one of Japan’s oldest traditions. I love the beautiful Daruma Doll design on both sides. 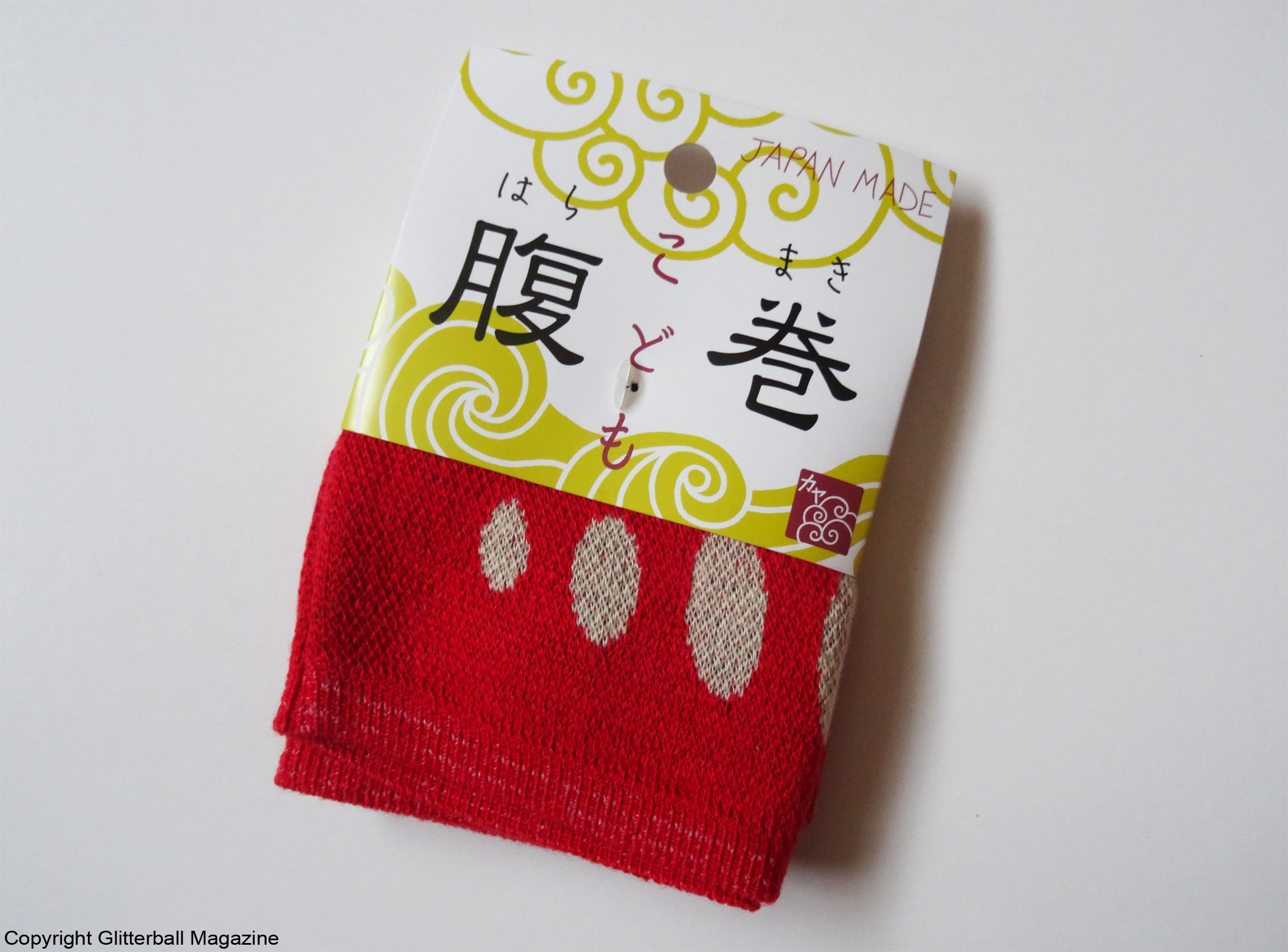 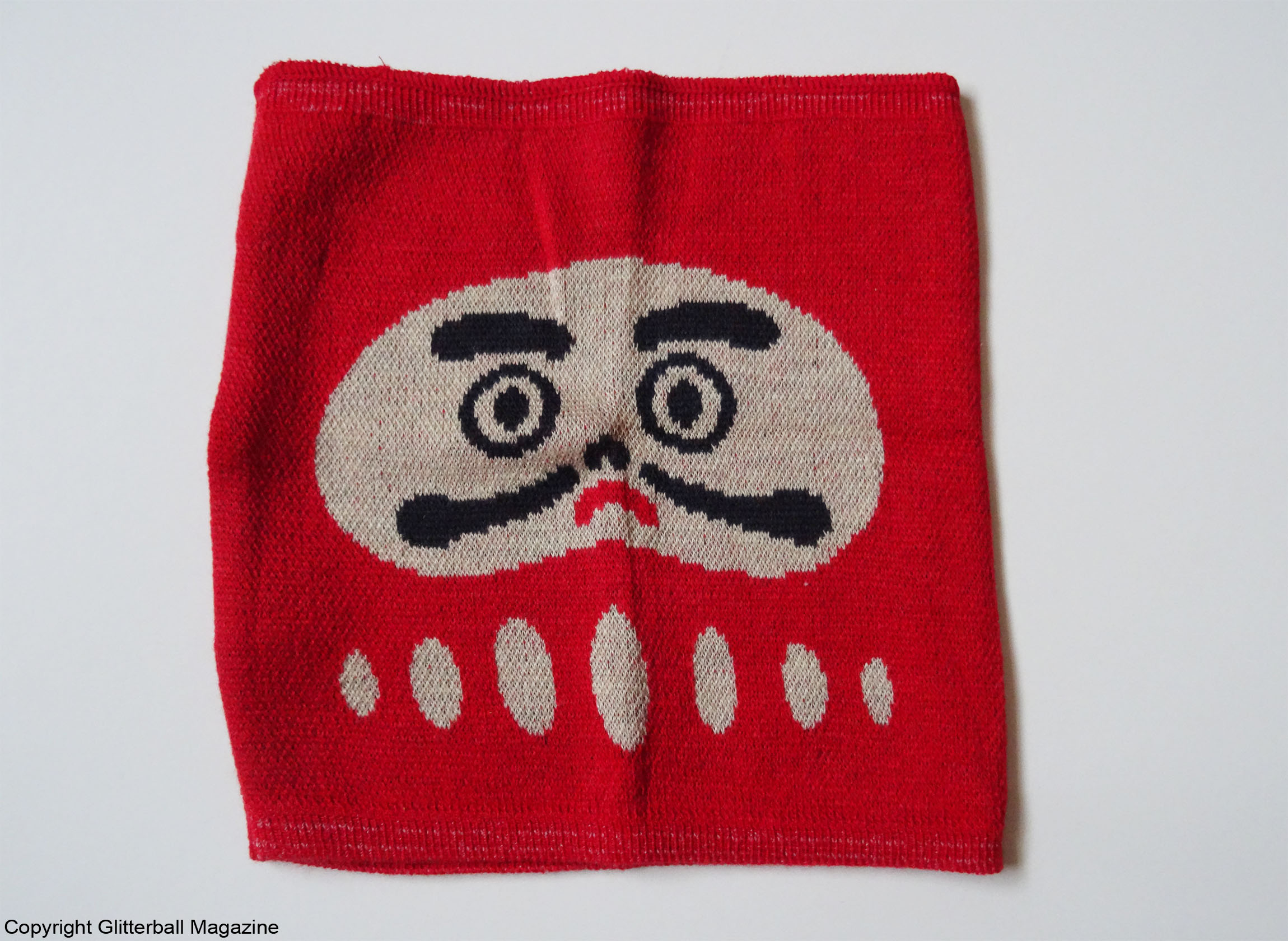 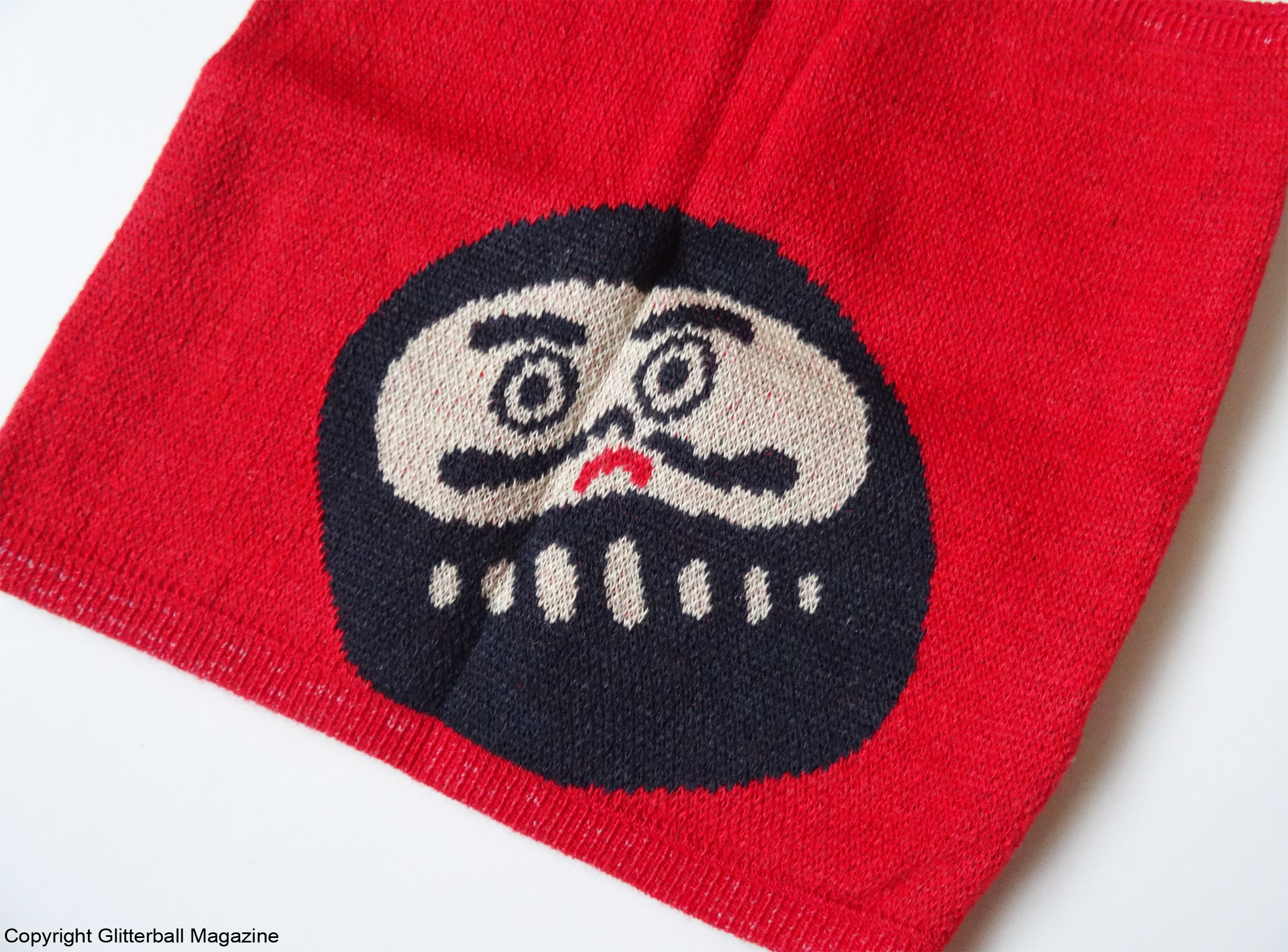 What is a Japanese Daruma Doll?

A Japanese Daruma Doll is a traditional Japanese doll based on the founder of Zen Buddhism, Bodhidharma, who lived during the 5th and 6th century. Daruma Dolls are steeped in Japanese symbolism and are widely viewed as a sign of encouragement and good luck.

They represent Bodhidharma’s meditation pose, a zen position. Legend has it that Bodhidharma was so dedicated to his meditation that he fell asleep, losing his legs and arms. Another legend says during his nine years of meditation, he fell asleep and became so angry that he cut his eyelids to stop him falling asleep again.

Made from papier-maché, the eyes of a Daruma Doll are left blank, ready for you to draw in the pupils as you think of the goals you’d like to reach. It’s important to pick an ambition you can achieve within a year.

Daruma Dolls signify the famous Japanese proverb: “Nanakorobi yaoki”, which translates to “Fall down seven times, get up eight”. It means we shouldn’t let knockbacks define who we are; we should stand back up and forget about anything bad that happened and focus on what we do afterwards. This is evident by the unique round shape of Daruma Dolls – if they fall over, they go back to their original position, symbolising persistence.

What are the different colours of Japanese Daruma Dolls?

Daruma Dolls come in a fantastic variety of colours and each represent different goals. Colours include:

How do I use a Japanese Daruma Doll?

Daruma dolls are extremely easy to use. All you need to do is decide on the main goal you’d like to achieve and pick the colour that best suits your ambition. Next, draw one of the Daruma Doll’s blank eyes to start working towards your goal.

It’s advisable to place your Daruma Doll somewhere you can see it every day, either in your bedroom or workplace. Whenever you see your Daruma, you’ll be reminded of your goal and encouraged to work towards it.

As soon as you achieve your goal, you can draw in the other eye on your Daruma Doll to say thank you! There’s no limit on how many Daruma Dolls you can own, so as soon as you’ve reached your ambitions, you can start using your next one!

Where can you buy Daruma Dolls in Japan?

You can buy Daruma Dolls in many tourists shops across Japan. They’re also ideal gifts for friends and family!

You can check out my other souvenirs from Japan and see my Japanese inspired Look of the Week to see why I love the Land of the Rising Sun so much!

A Kyary Pamyu Pamyu J-pop haul and a copy of Nylon Japan Magazine are perfect ways to celebrate the diverse music and fashion...
COPYRIGHT MICHELLE WINTER 2015-2022. ALL RIGHTS RESERVED. NO CONTENT TO BE REPUBLISHED WITHOUT PRIOR WRITTEN PERMISSION AND THEY MUST BE LINKED BACK TO THIS BLOG.
Back to top