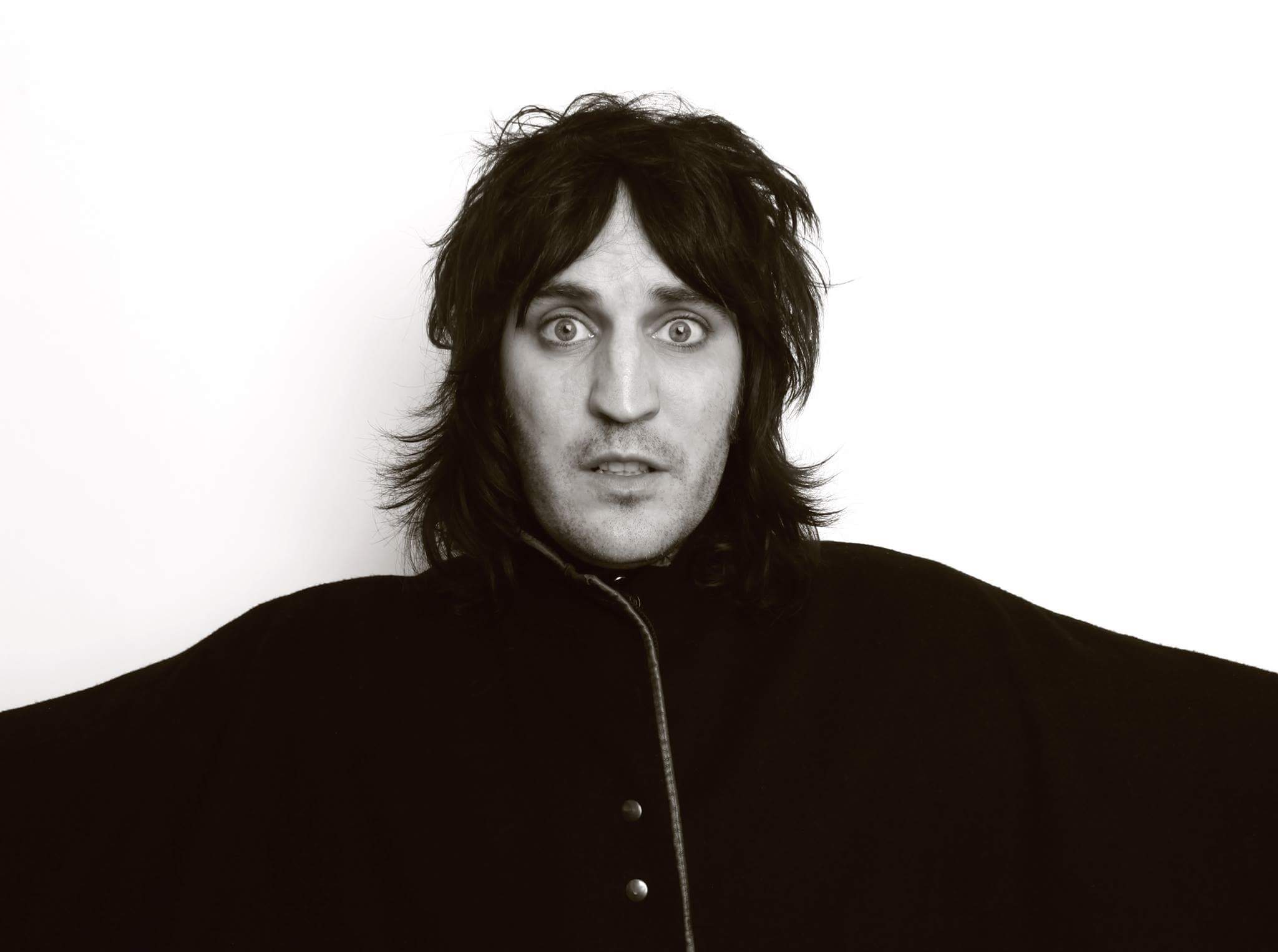 Comedian and The Mighty Boosh star Noel Fielding is currently winning over an entire nation as a witty co-presenter of Channel 4’s The Great British Bake Off. If you haven’t seen him on it, you need to.

Just to clarify, I’m not a baker in the slightest but I now find myself waiting impatiently for the next weekly instalment of GBBO. Thanks to Mr Fielding. Call me biased, but I’m thrilled to see him on TV again. I’ve always been a tiny bit in love with Noel Fielding (ok, a lot) from the first moment I saw him as fashion obsessed Vince Noir in The Mighty Boosh.

I’ve had the pleasure of seeing The Mighty Boosh tour and An Evening with Noel Fielding twice. I’ve also met Noel at several events (book and DVD signings) and I was lucky enough to win tickets to the Future Sailors DVD launch many years ago. Noel is always super sweet to chat to.

As you may recall in my review of the Edinburgh date of his An Evening with Noel Fielding tour in 2015, I was accosted by Noel dressed as Sgt Boombox during the show. What a surreal moment that was. I’m pretty sure that when he said, ‘I have to tell you you look beautiful tonight.’ I blushed and grinned like a Cheshire Cat…

What’s so interesting about him, I hear you ask? If my top 10 reasons why Noel Fielding is awesome don’t covert you into a Noel fan, please excuse me while I cry into my silver boots…

1. His fantastic sense of humour. Forget about conventional comedy and embrace a surreal world filled with everything from chicken boy routines to tea bag soliloquies. You won’t regret it.

2. His style. Admit it, nobody can rock a cape and silver boots like Noel. I can safely say I’d sell my soul to have his wardrobe. 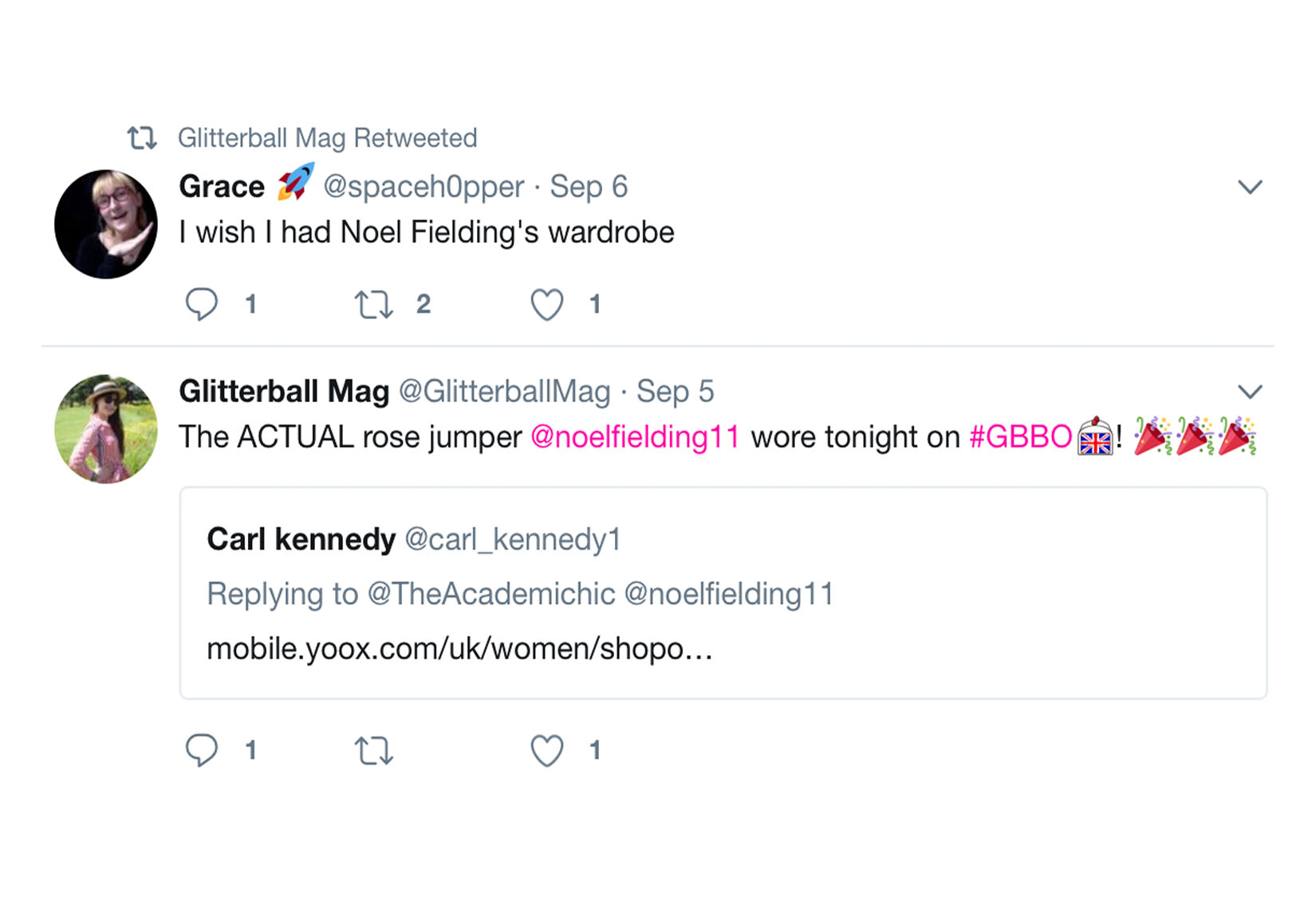 3. The Mighty Boosh. Wow, where to start. This cult comedy aired on BBC Three from 2004-2007, after a successful stint on the radio. Appearing with co-creator Julian Barratt (who starred as Howard Moon among other characters), Noel took viewers on crazy adventures dressed as quirky characters Old Gregg and The Hitcher. Julian and Noel also wrote and performed music for the show.

5. His amazing artwork. Inspired by Salvador Dali and Henri Rousseau, Noel’s artwork is fabulously eccentric. His work has been exhibited several times, at Maison Bertaux, the Museum of Liverpool, the Royal Albert Hall and the Saatchi Gallery. Noel also created artwork for The Mighty Boosh.

6. He’s been in AD/BC: A Rock Opera, Garth Marenghi’s Darkplace, Nathan Barley and The IT Crowd. Being in so many brilliant TV shows is surely a sign that you’re a comedy genius, right?

7. His hilarious presenting style on The Great British Bake Off. Forget about the star baker, all I’m focusing on are Noel’s witty remarks, cool outfits and Mick Jagger style hair. Sigh.

8. The way he sends Twitter into meltdown after The Great British Bake Off as fans desperately try to work out where his outfits are from. I’m not the only one who spends hours trying to find Noel’s shirts. Cue an absolute frenzy until we know. 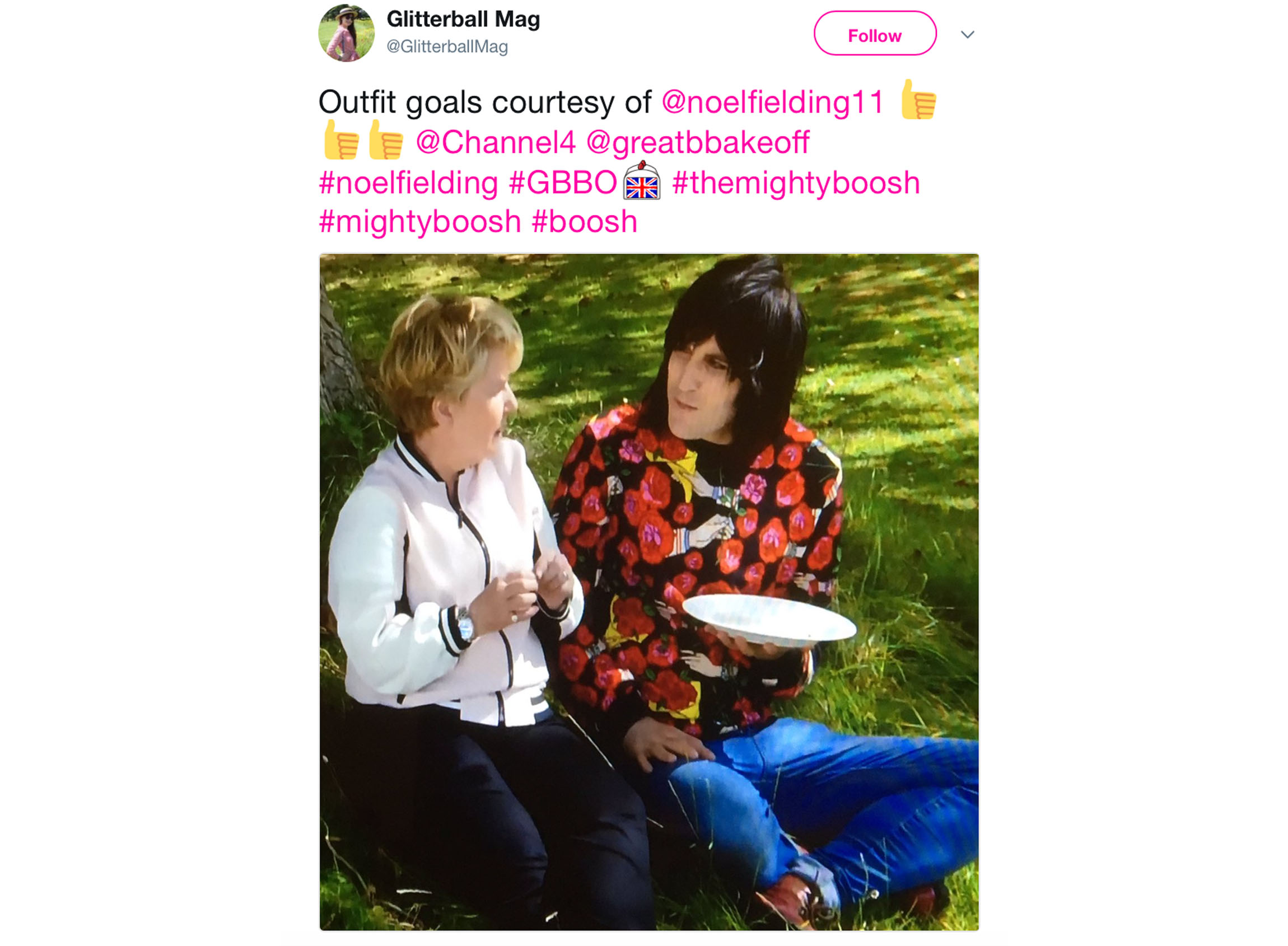 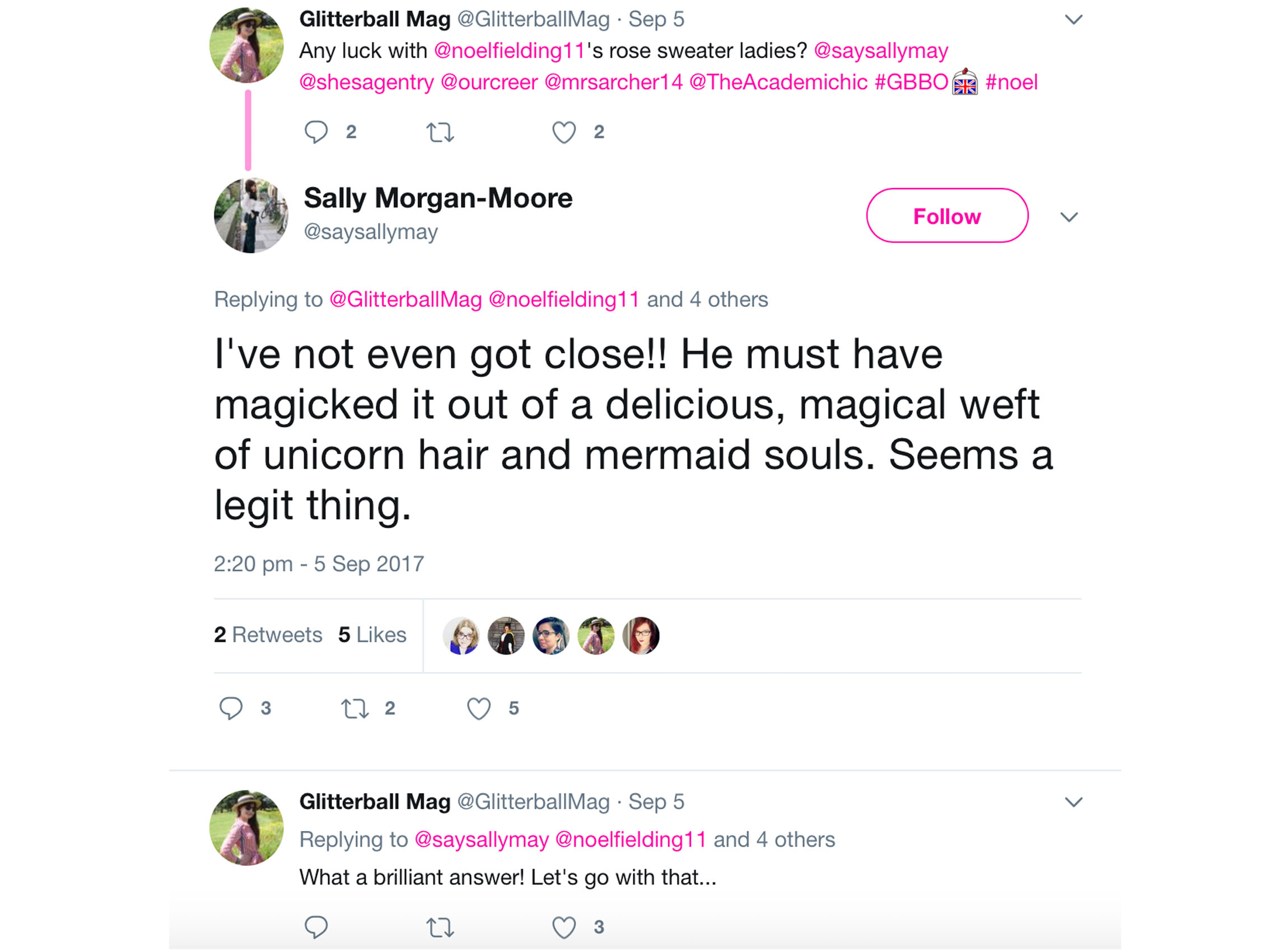 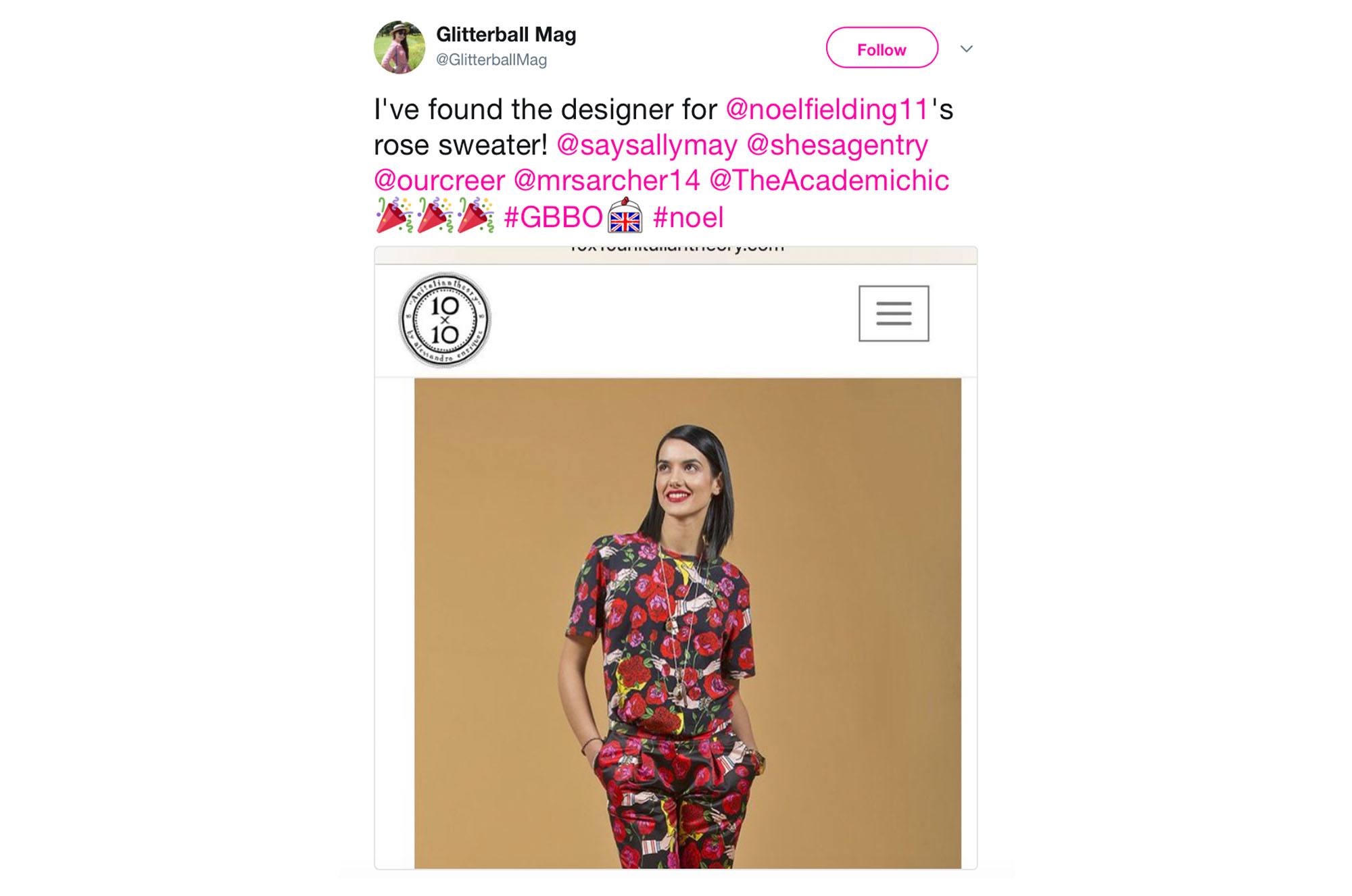 10. His appearances on Never Mind the Buzzcocks. Originally a stand in for Bill Bailey, producers made Noel a regular team captain. Watching him quarrel with host Simon Amstell was fantastic. Who else remembers Noel’s sarcastic, ‘motorcycle made of envy’ comment? Burn.

As a devoted reader of the American publication, Nylon Magazine, it breaks my heart to know Nylon will be ending their print...
COPYRIGHT MICHELLE WINTER 2015-2022. ALL RIGHTS RESERVED. NO CONTENT TO BE REPUBLISHED WITHOUT PRIOR WRITTEN PERMISSION AND THEY MUST BE LINKED BACK TO THIS BLOG.
Back to top