REVIEW: THE ROLLING STONES NO FILTER SHOW IN EDINBURGH 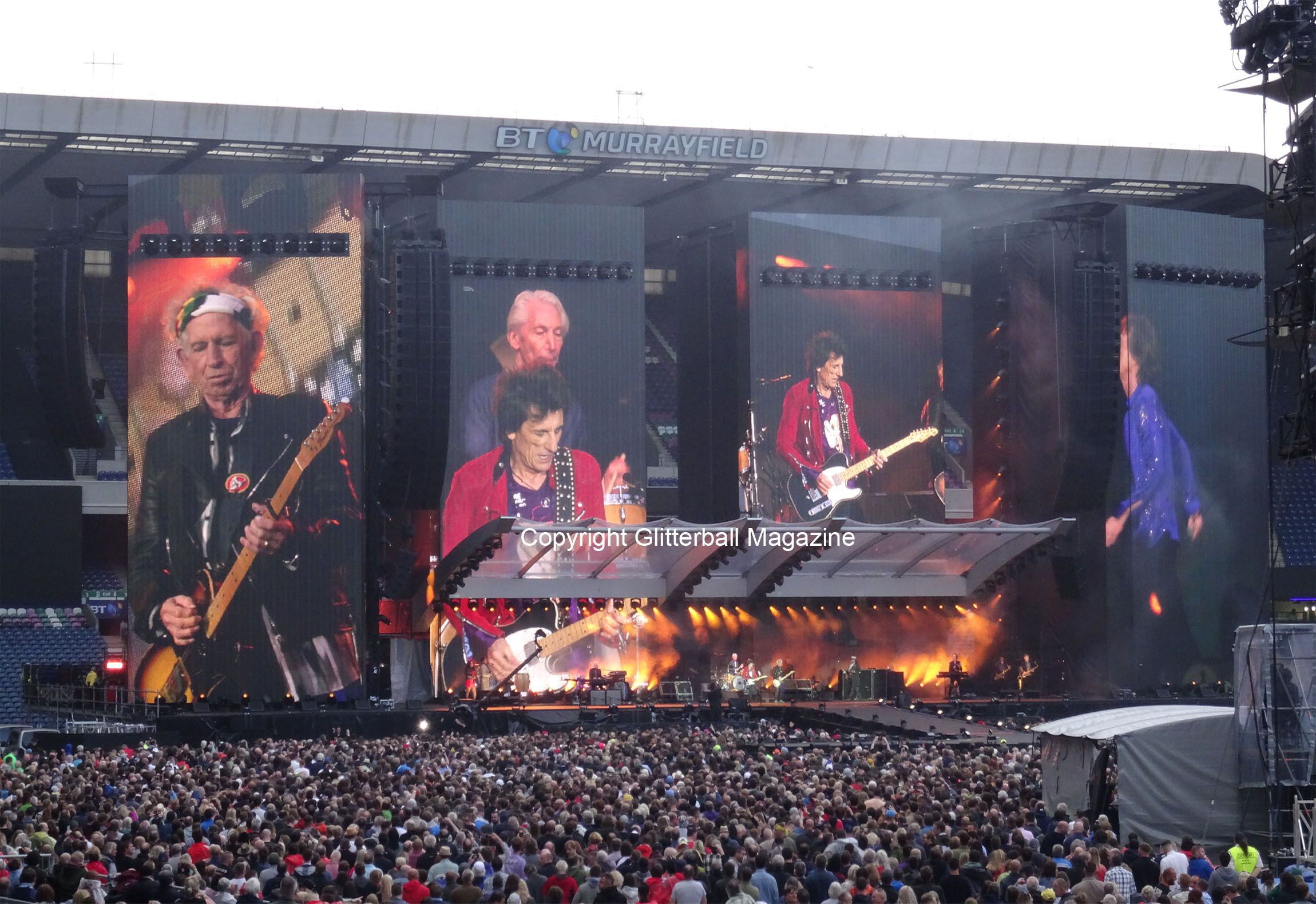 Getting tickets for The Rolling Stones Edinburgh concert was totally worth the stress. Bringing their No Filter show to BT Murrayfield Stadium, I was in for an unforgettable evening. I definitely didn’t expect to see them leave their hotel. Now that was something else…

Seeing The Rolling Stones in Edinburgh before the show

While exploring Edinburgh’s beautiful city sights, I noticed huge crowds gathering outside The Balmoral hotel on Princes Street. I assumed it was wedding related. But as I looked around at the massive crowd again, I wasn’t so sure. When I asked someone who they were waiting for, I wasn’t expecting her answer. You’ve guessed it, The Rolling Stones.

After queuing for what felt like hours, the iconic band emerged. Charlie Watts left first and was greeted with thunderous applause. He graciously waved to fans and was quickly followed by Ronnie Wood, who left with his two children and wife Sally Humphreys, smiling at fans before being driven away. 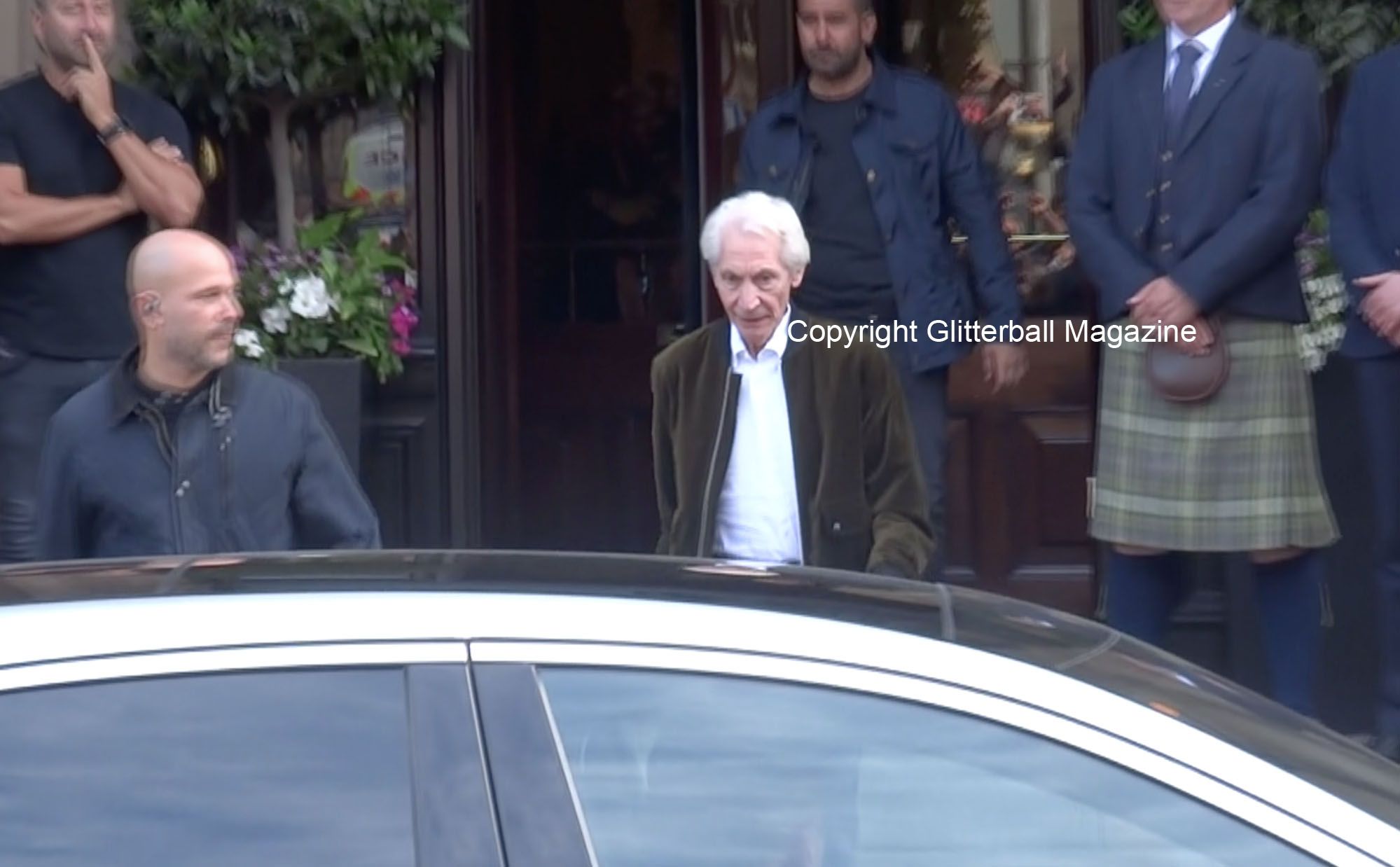 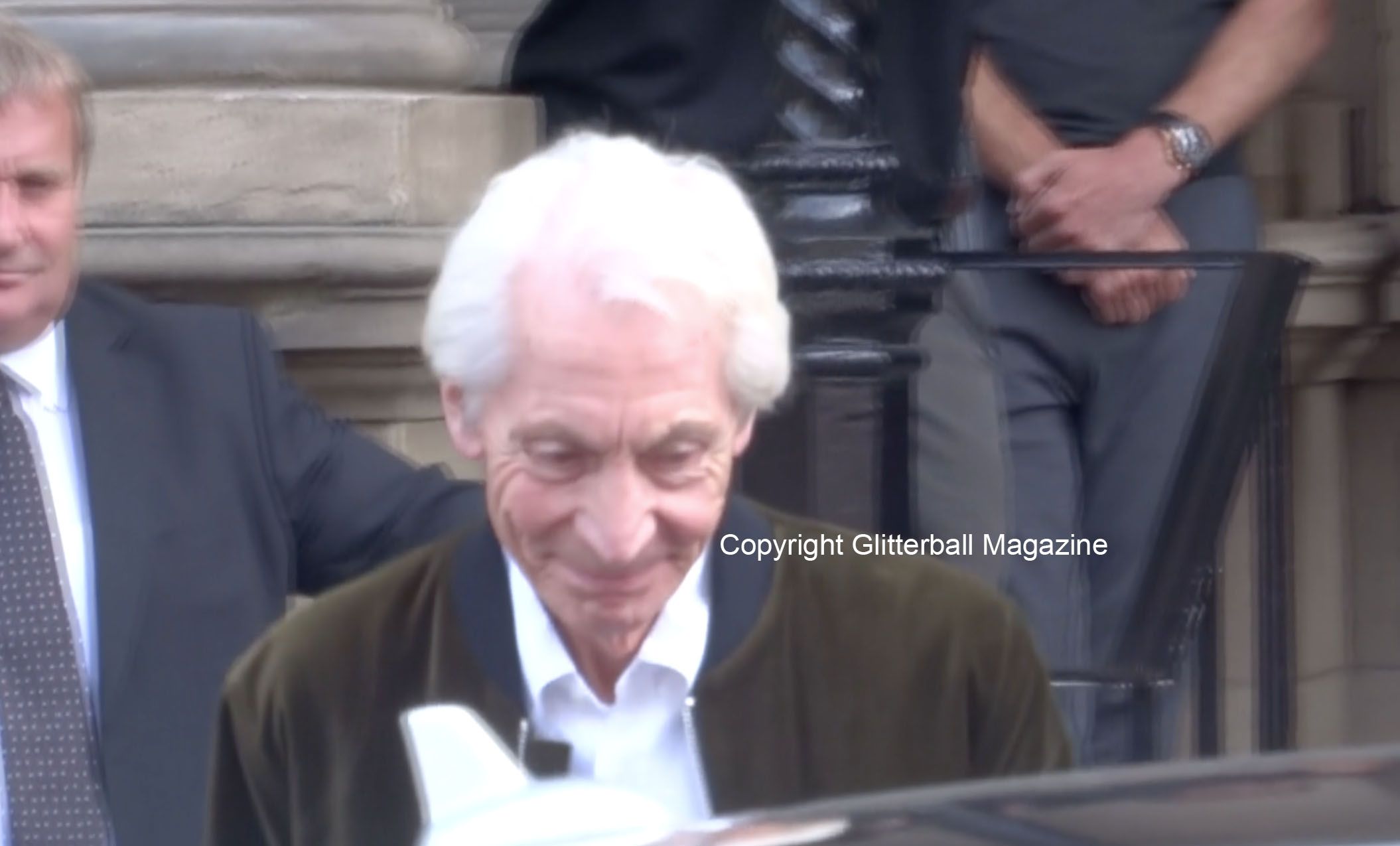 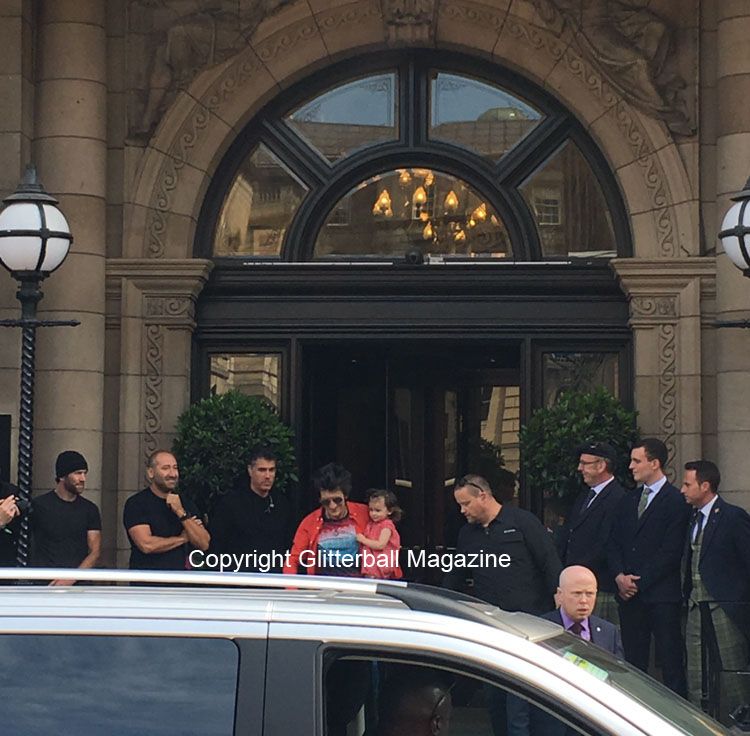 When Alexandra Richards left I knew what was coming…

The glamourous daughter of, you guessed it, Keith Richards, sauntered down the steps ahead of her father. Side note: not the best time for my iPhone to die just as Keith Richards emerged but at least I had my main camera). 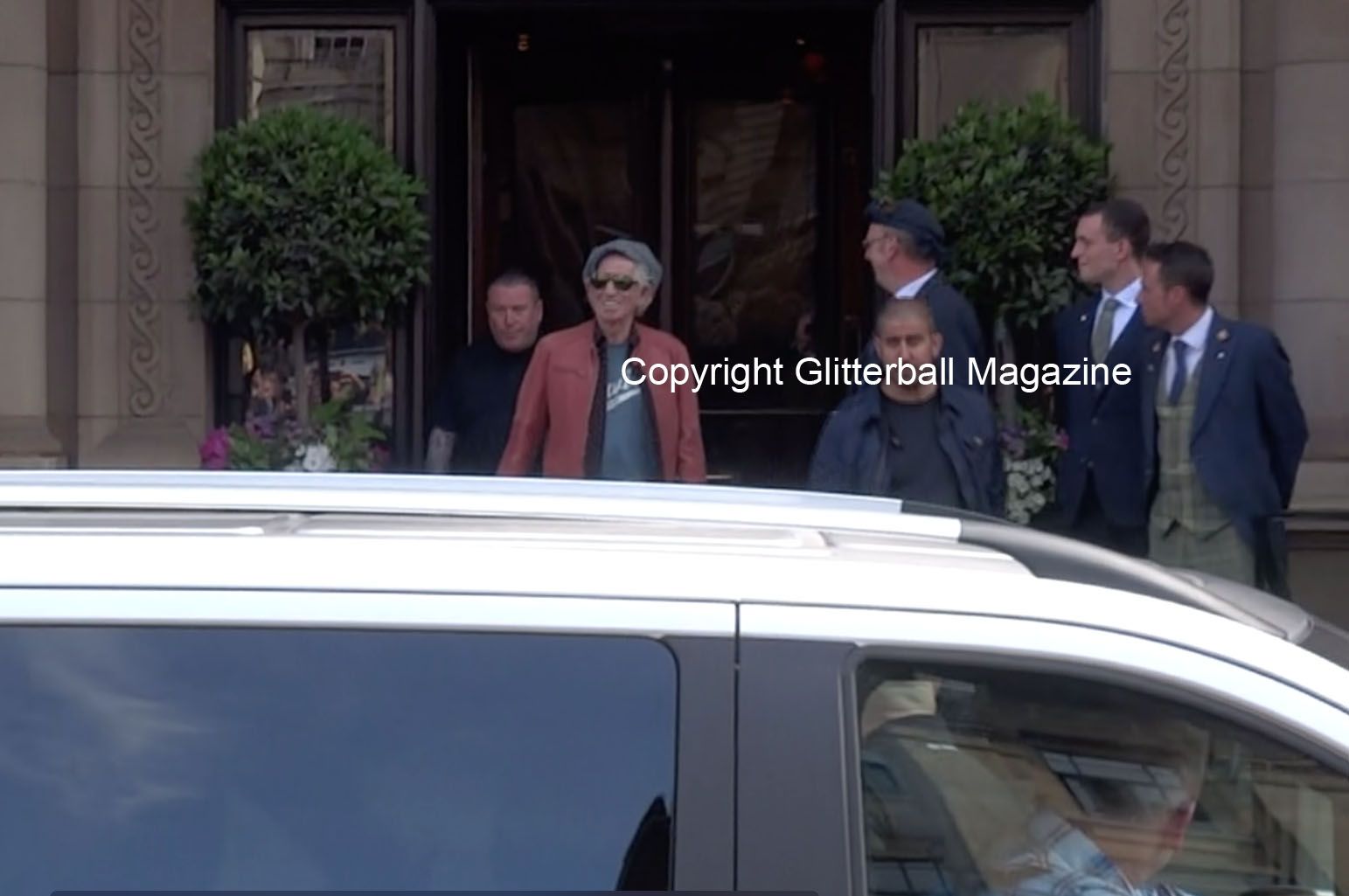 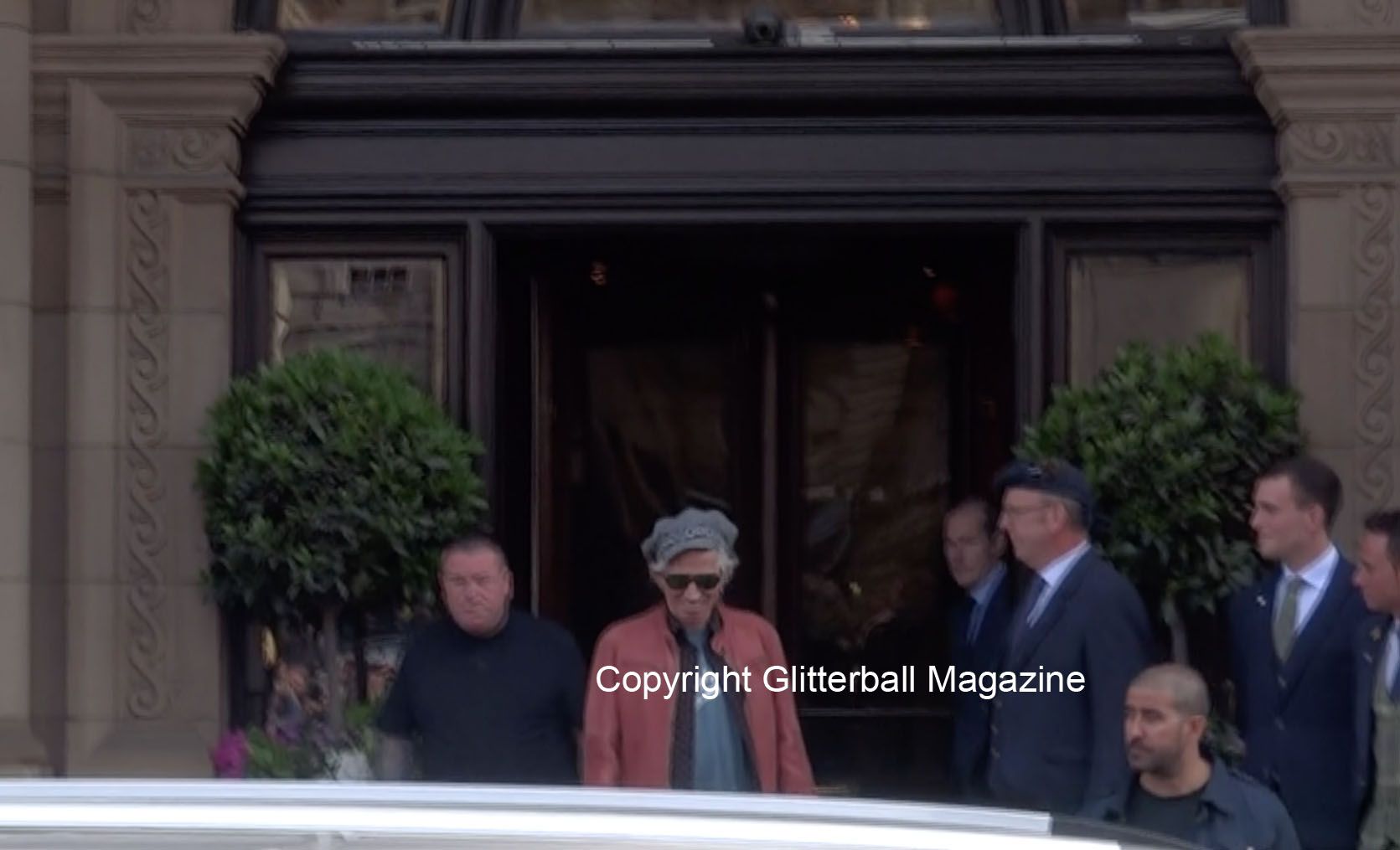 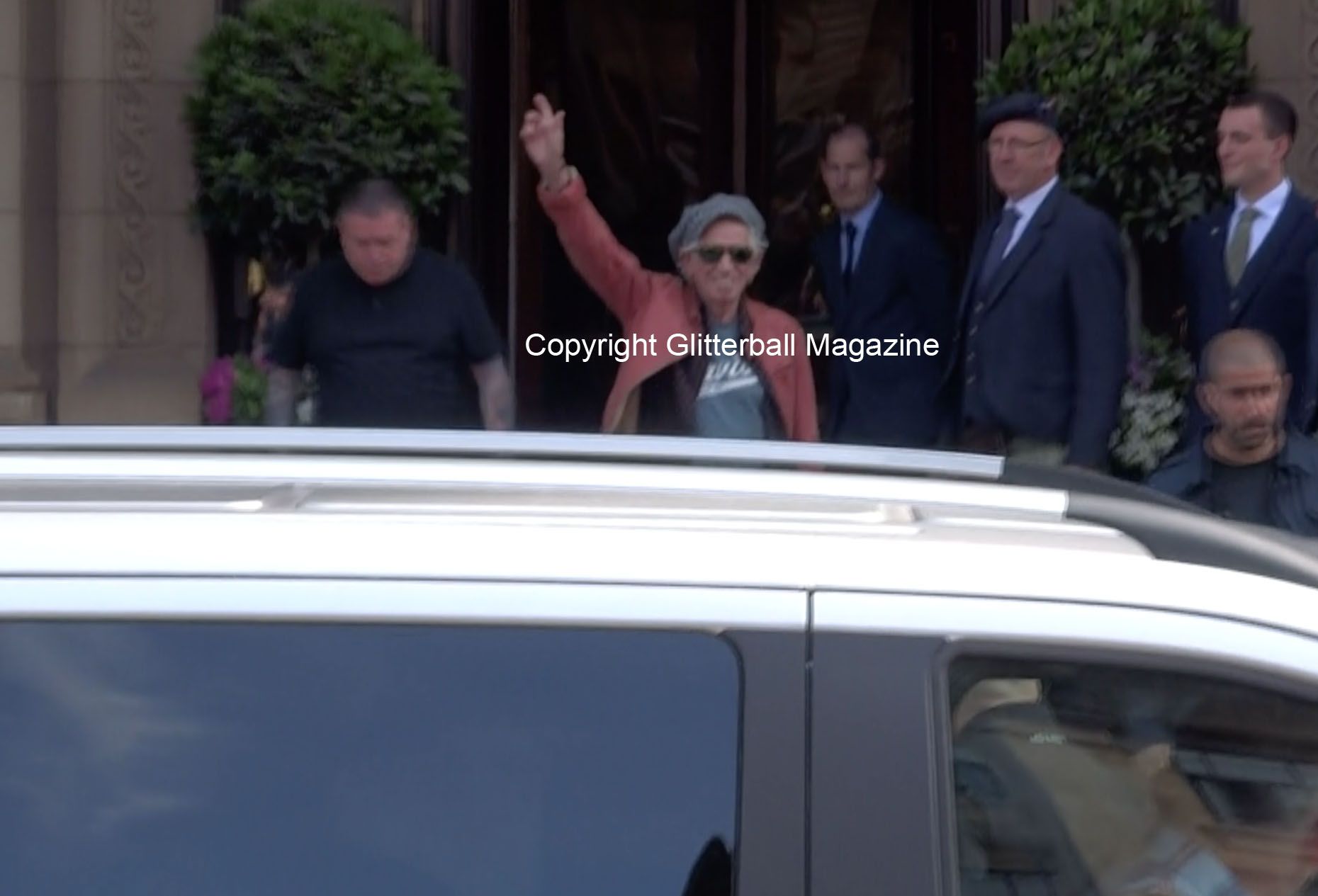 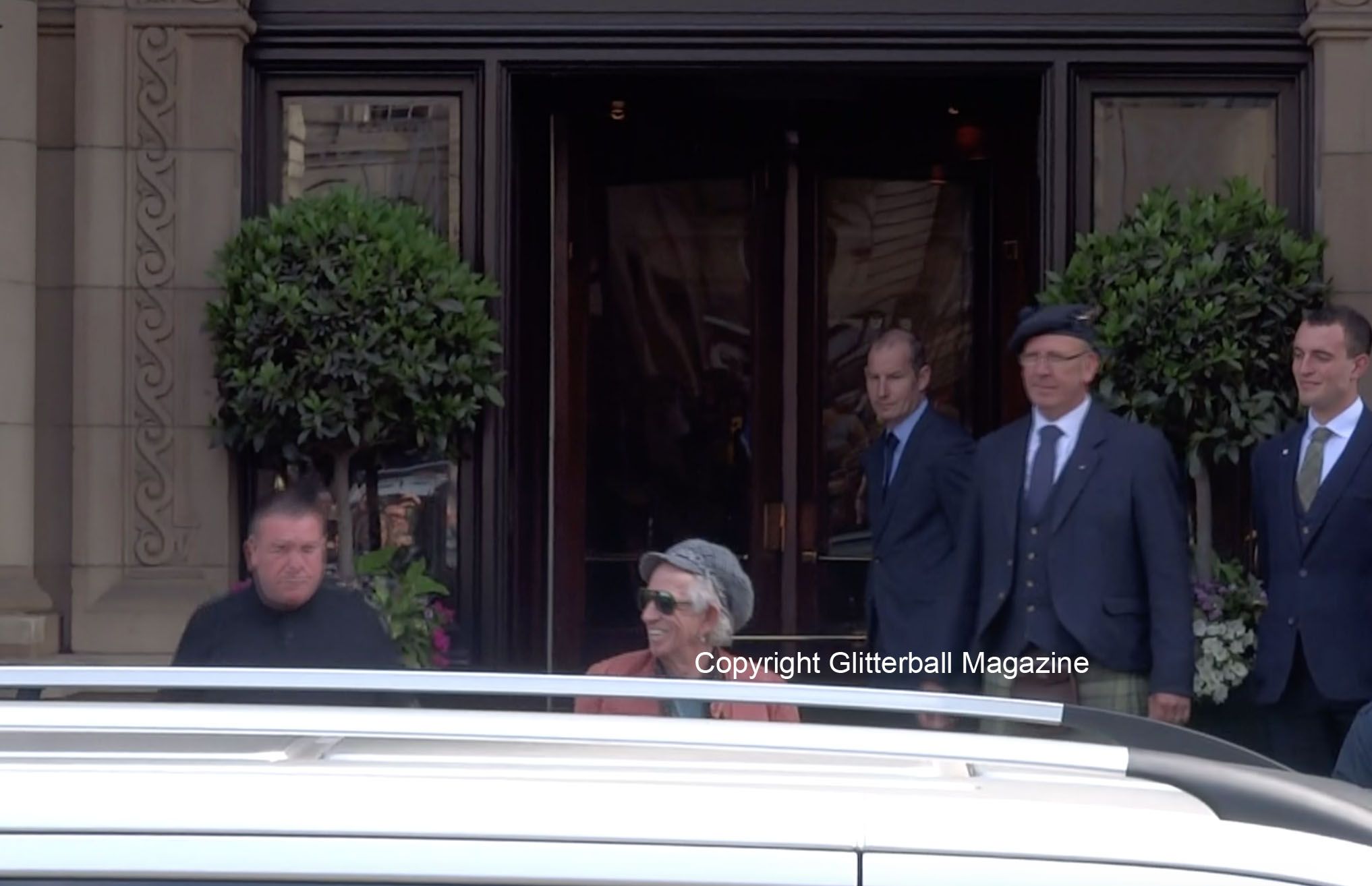 I couldn’t help jumping up and down, cheering and waving. So much for playing it cool. In my defence, I was a stone’s throwaway from the coolest man in rock music. Being a total fan girl in his presence is allowed, right?

Leaving in his usual jovial manner he waved a scarf around and smiled at fans before getting into the waiting car. I definitely needed a minute for that experience to sink in.

Only one Rolling Stone left…

As Mick Jagger departed, the crowd erupted. Because it was so surreal, I felt like it wasn’t happening. He signed a fan’s ticket and waved to his adoring fans. When he got into his car, the window was wound down and he smiled and waved. He smiled at me twice. Oh. My. God. I couldn’t contain my excitement. 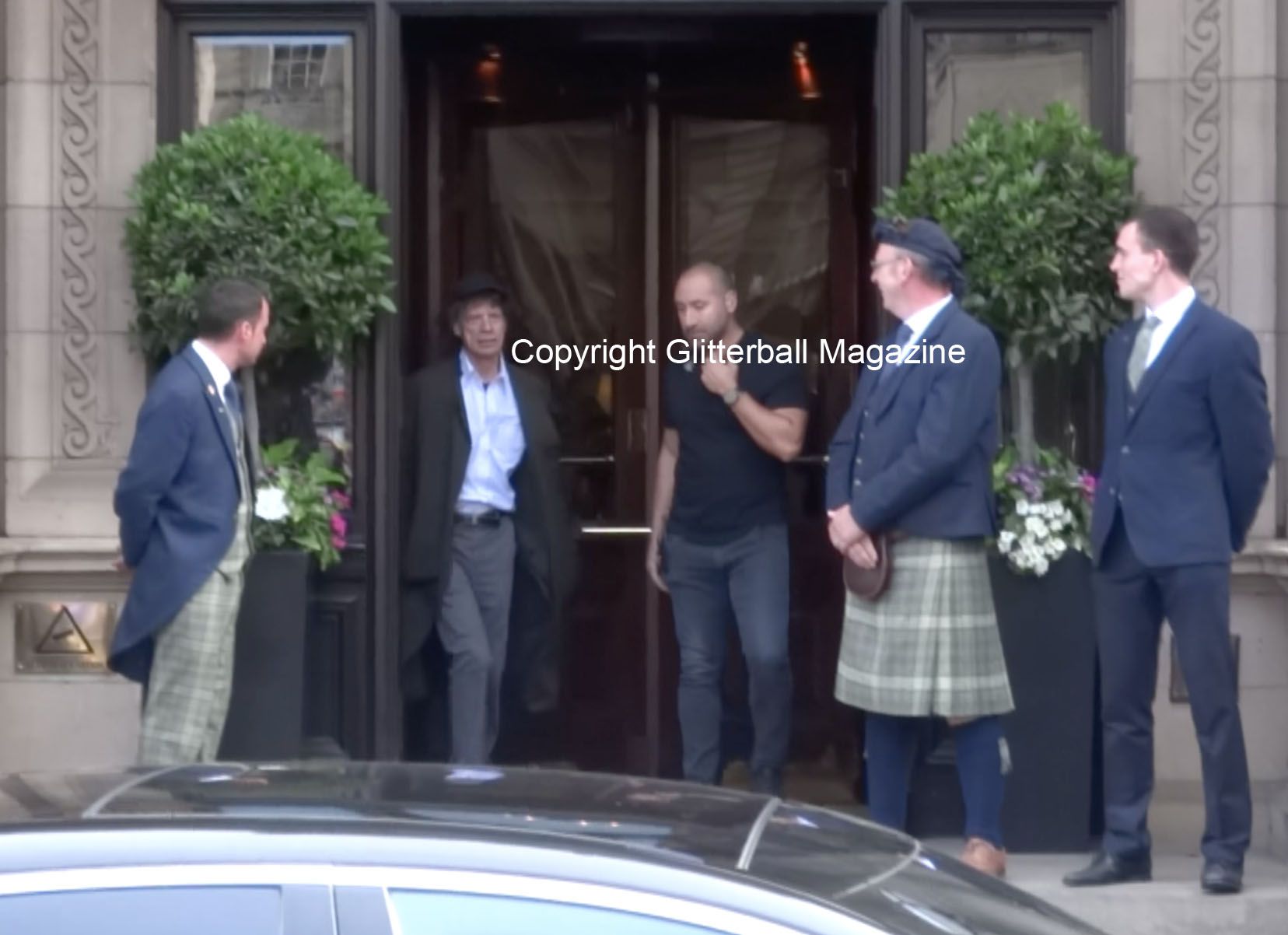 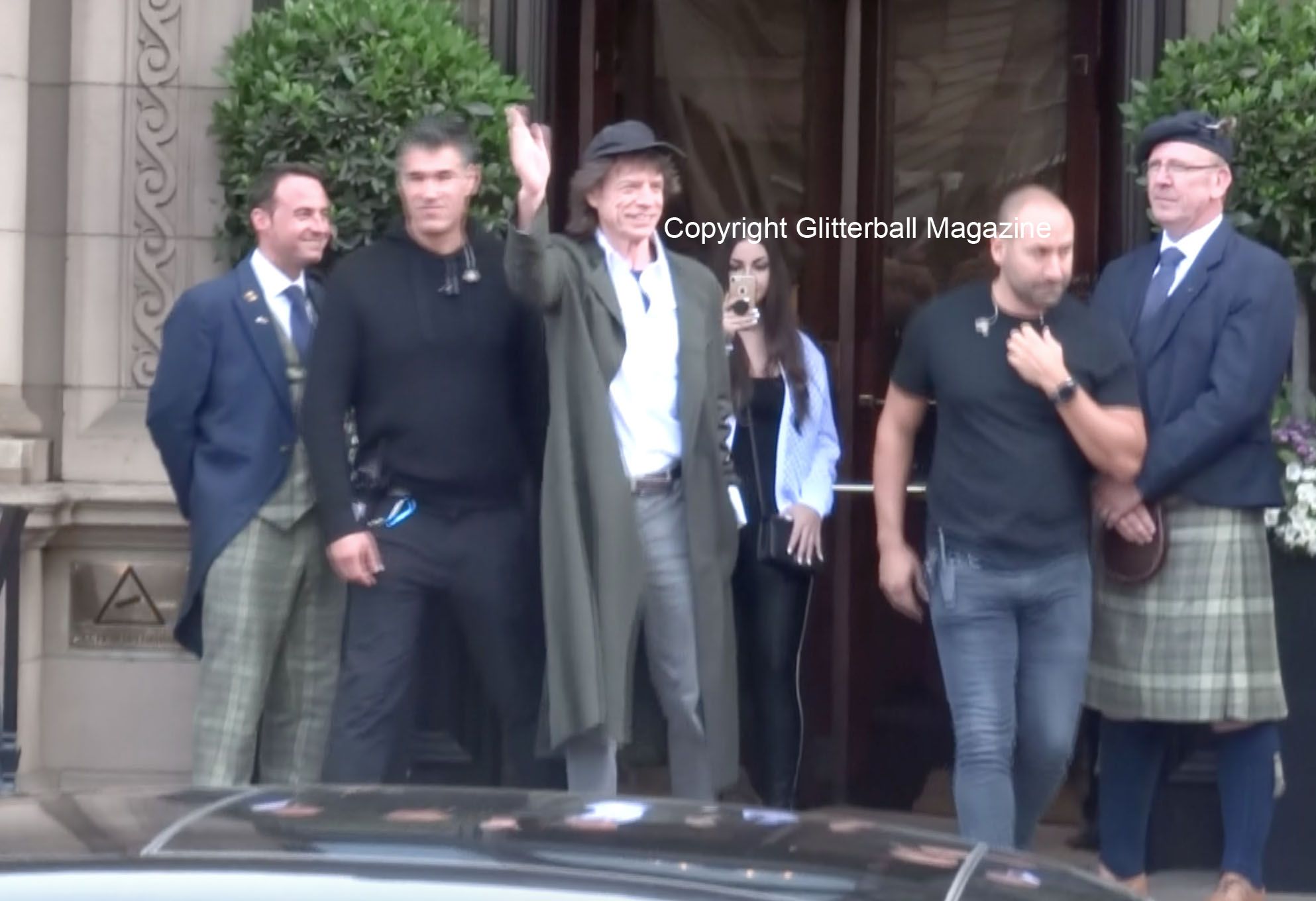 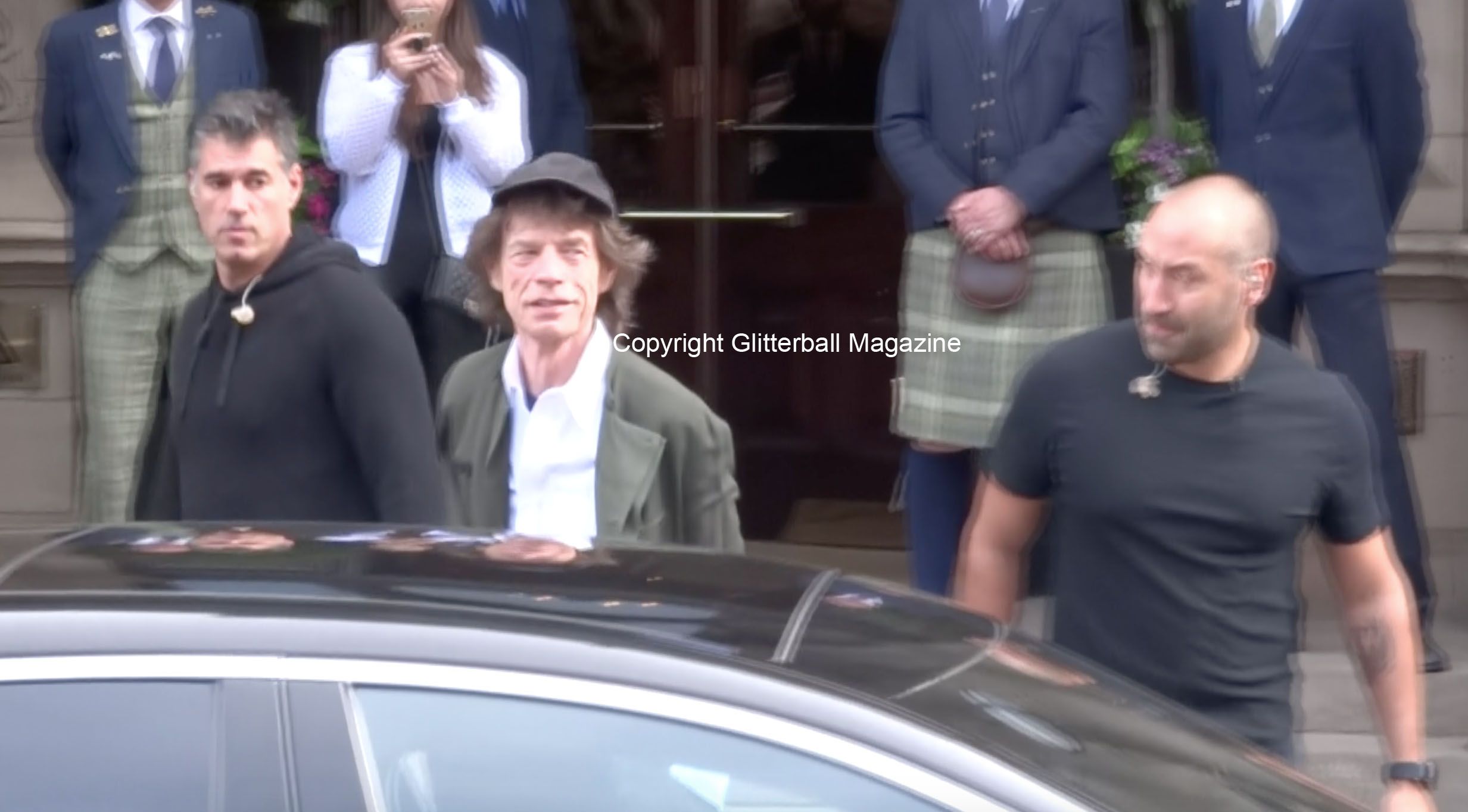 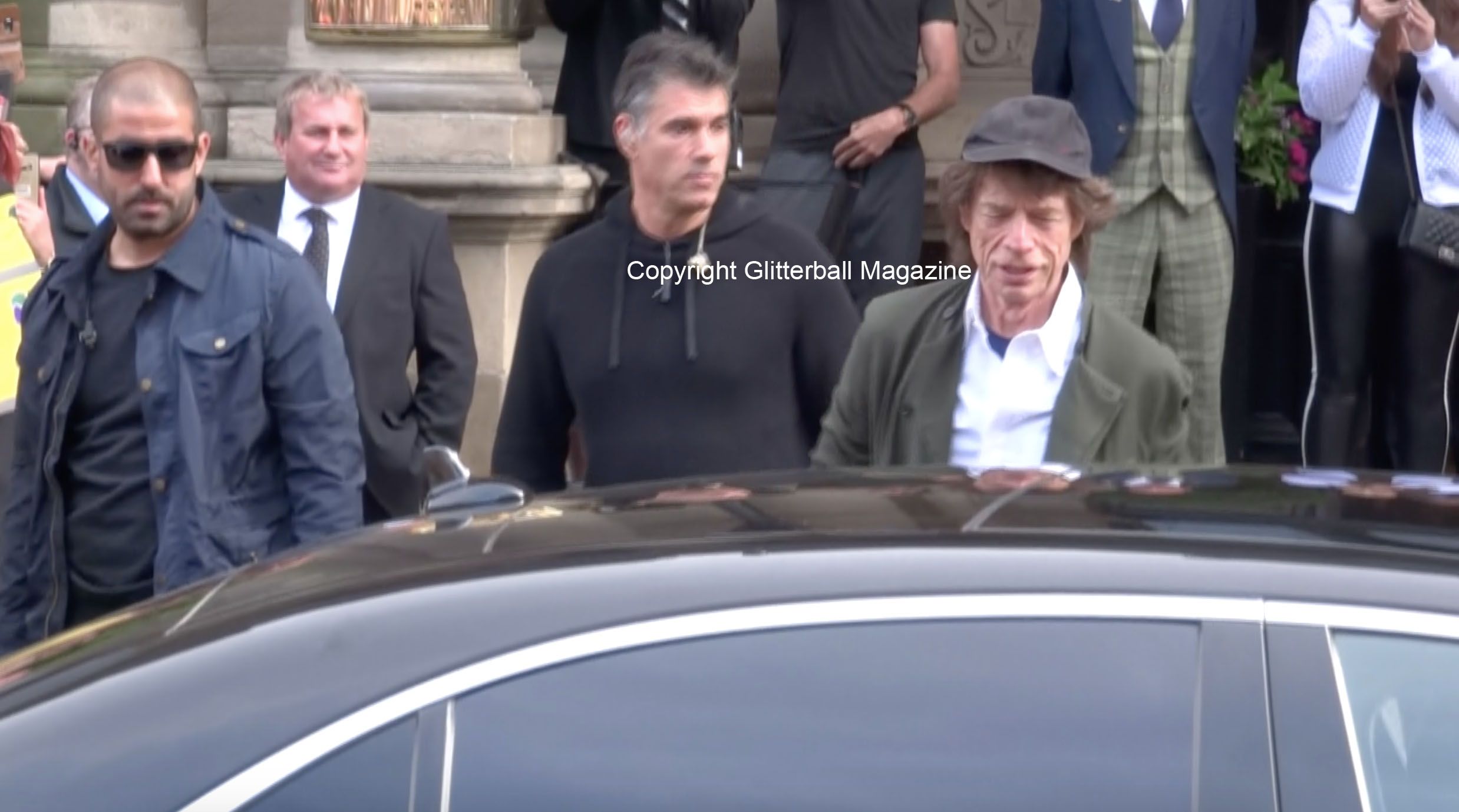 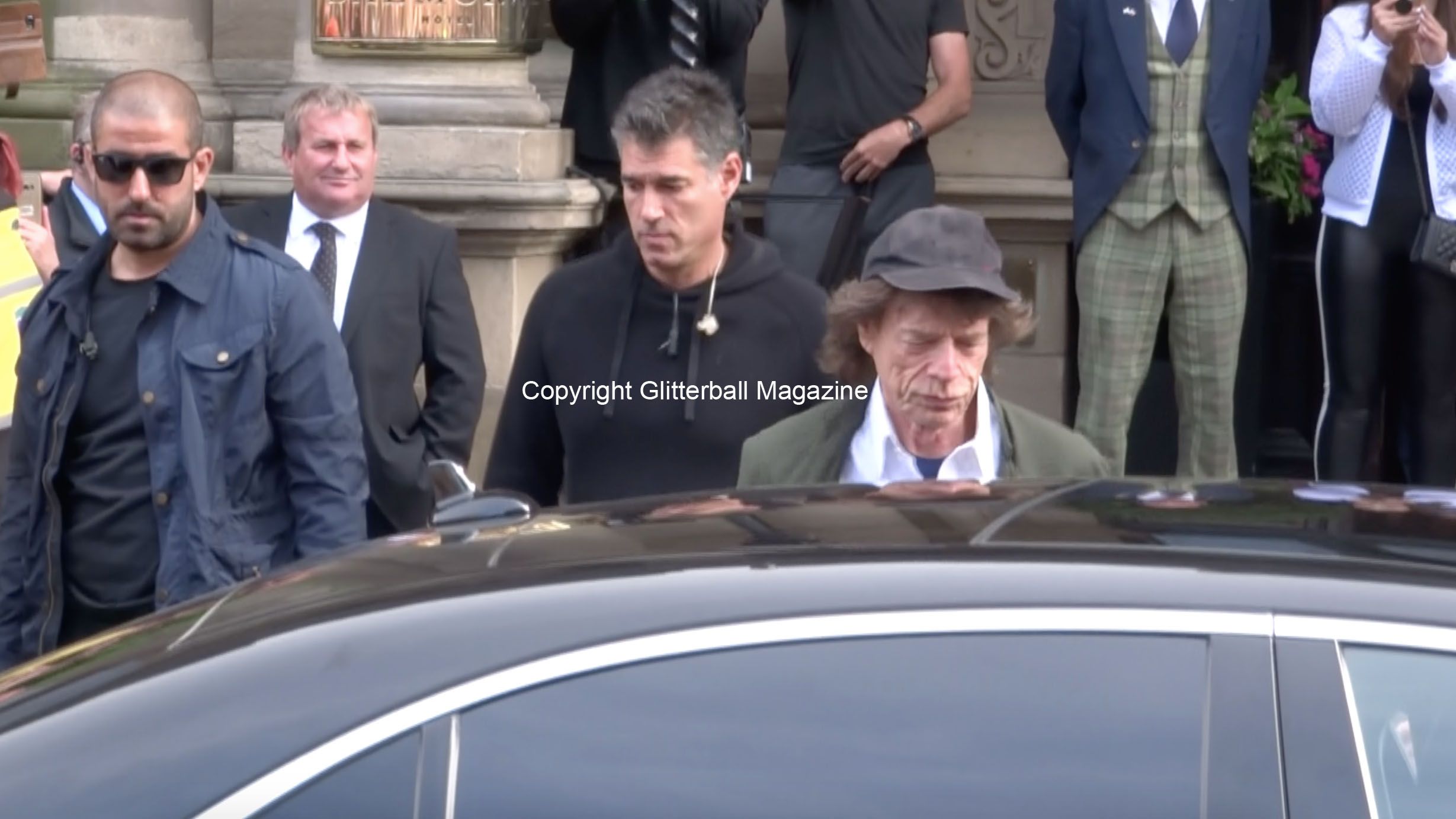 How refreshing to see a band making time for their fans, even after all these years.  You can check out The Rolling Stones’ Twitter page for the full video of them leaving The Balmoral. By the way, I’m at the front wearing a blue coat and beige hat. 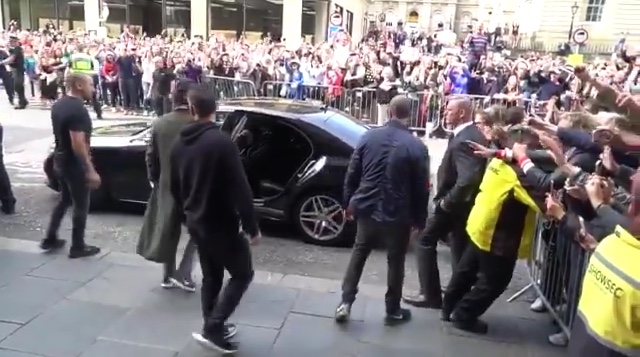 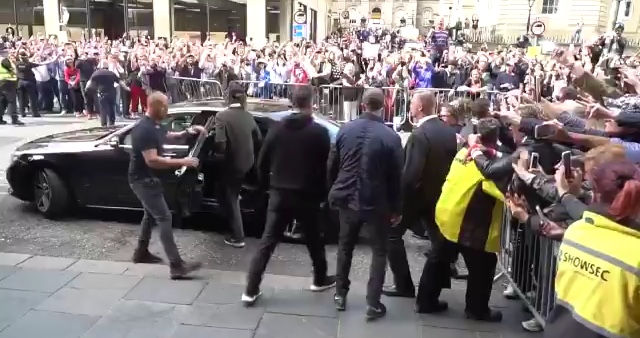 Above two images copyright to The Rolling Stones.

The Rolling Stones No Filter Tour 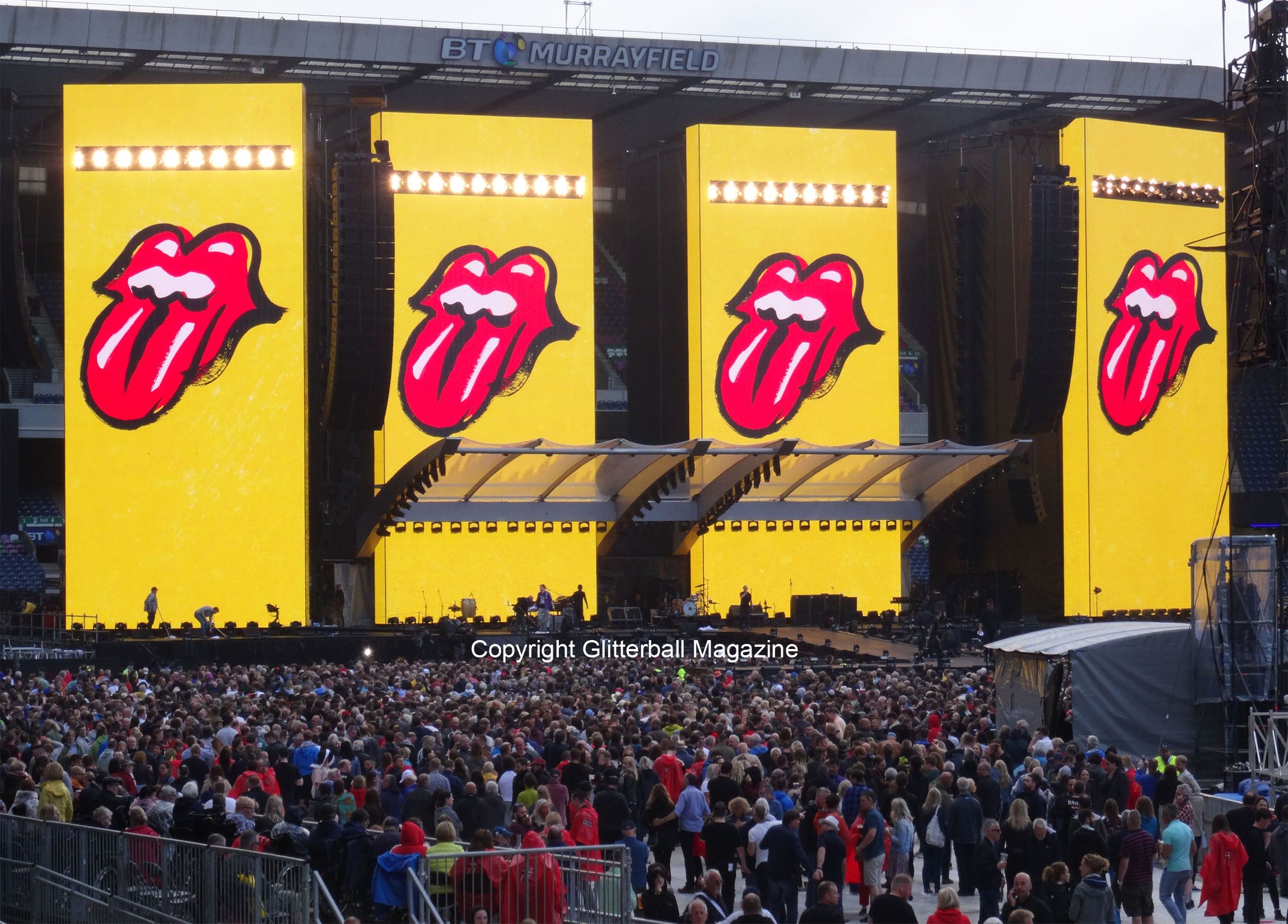 Queuing outside the stadium before the show quickly descended into chaos due to the lack of organisation of G4S security. The majority of fans queued directly outside the main entrance, only to be told there wasn’t a queue at gate B. Cue mass exodus. You can imagine our collective disappointment when we were greeted with a queue twice as long at gate B.

To make matters more awkward, fans with reserved seats weren’t allowed to use the general admission queue, which eventually changed when staff realised the sheer volume of fans waiting. This added at least an extra half an hour, meaning by the time fans were inside, the merchandise queue was even more unbearable.

This meant I missed the majority of Richard Ashcroft’s support slot. I only heard two songs, The Drugs Don’t Workand Bittersweet Symphony.

Finally getting to see The Rolling Stones live… someone pinch me! 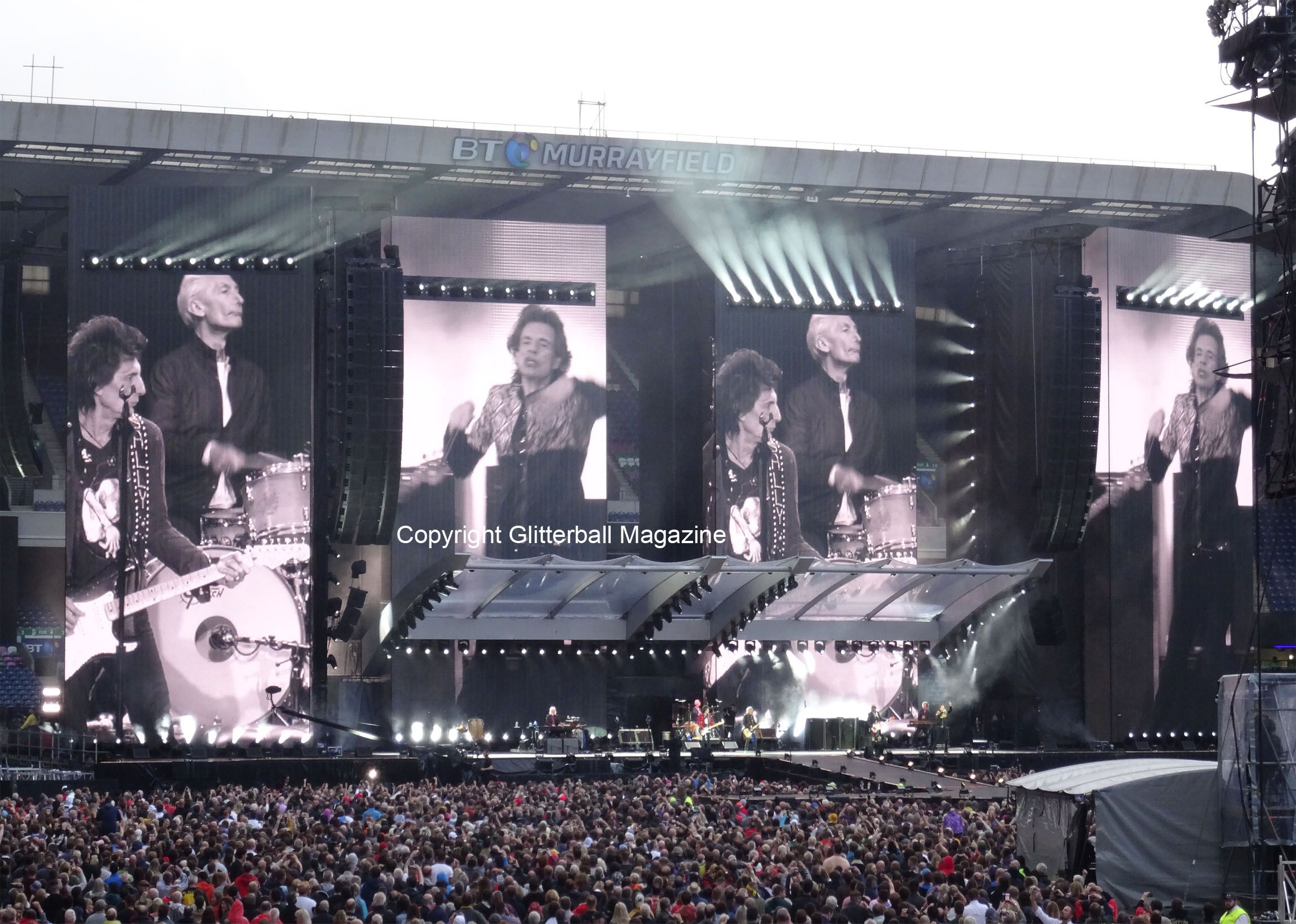 Fans went wild at the opening riff of Start Me Up. Everyone got on their feet and cheered. With a combined age of 245 years, the energy radiating from The Rolling Stones in Edinburgh was sensational. Throughout the show, Mick ran up and down the stage without breaking a sweat! 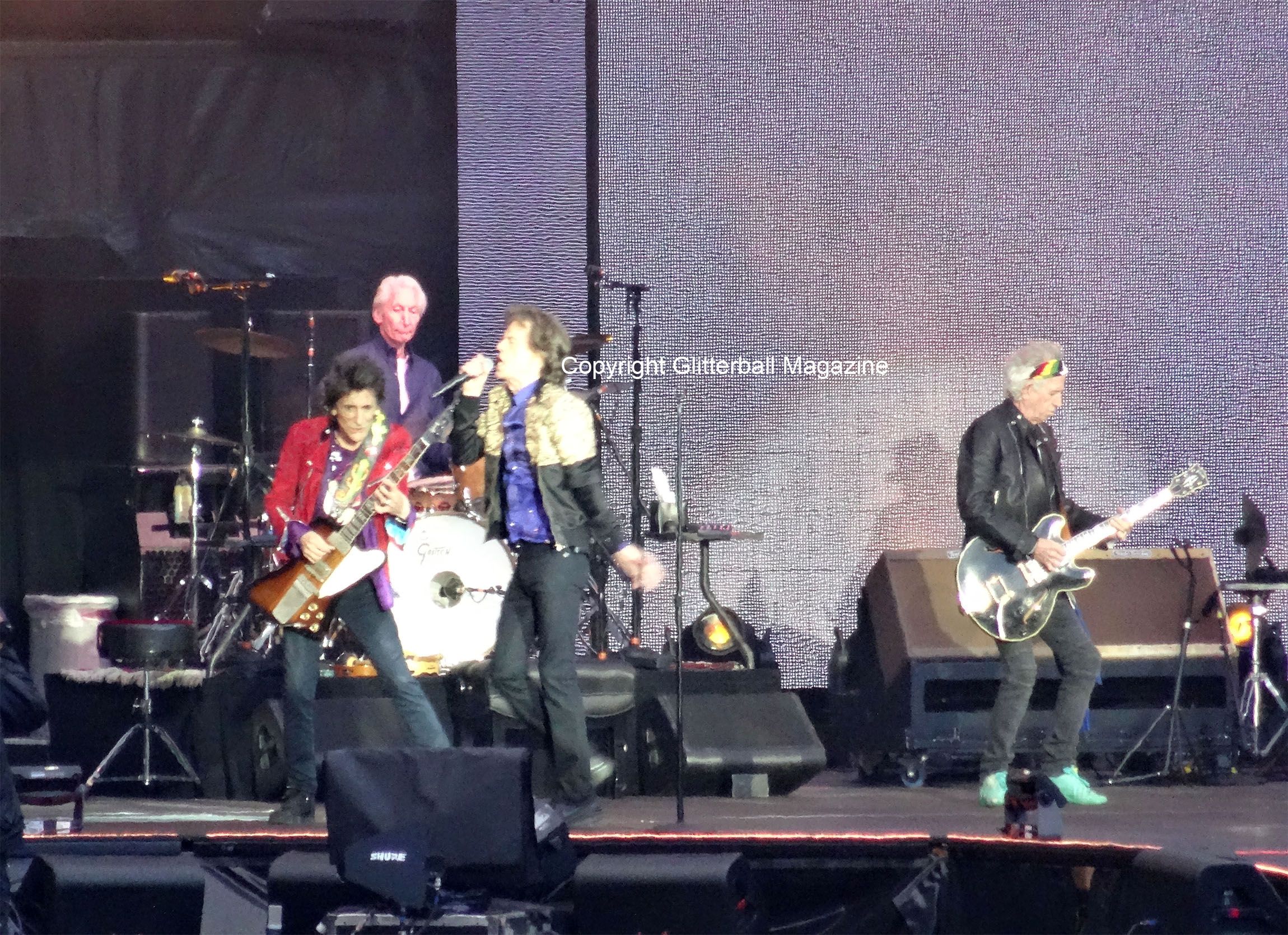 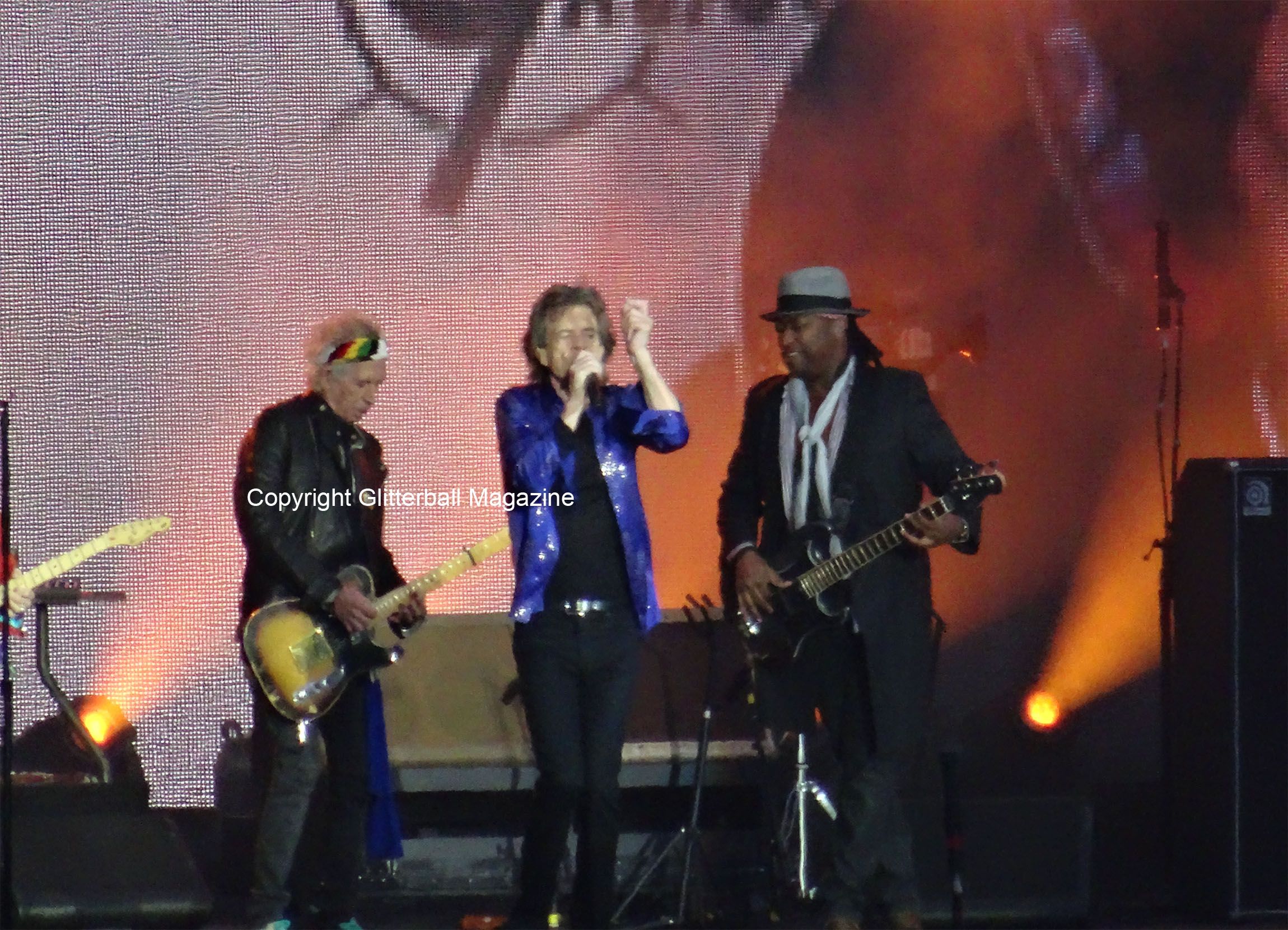 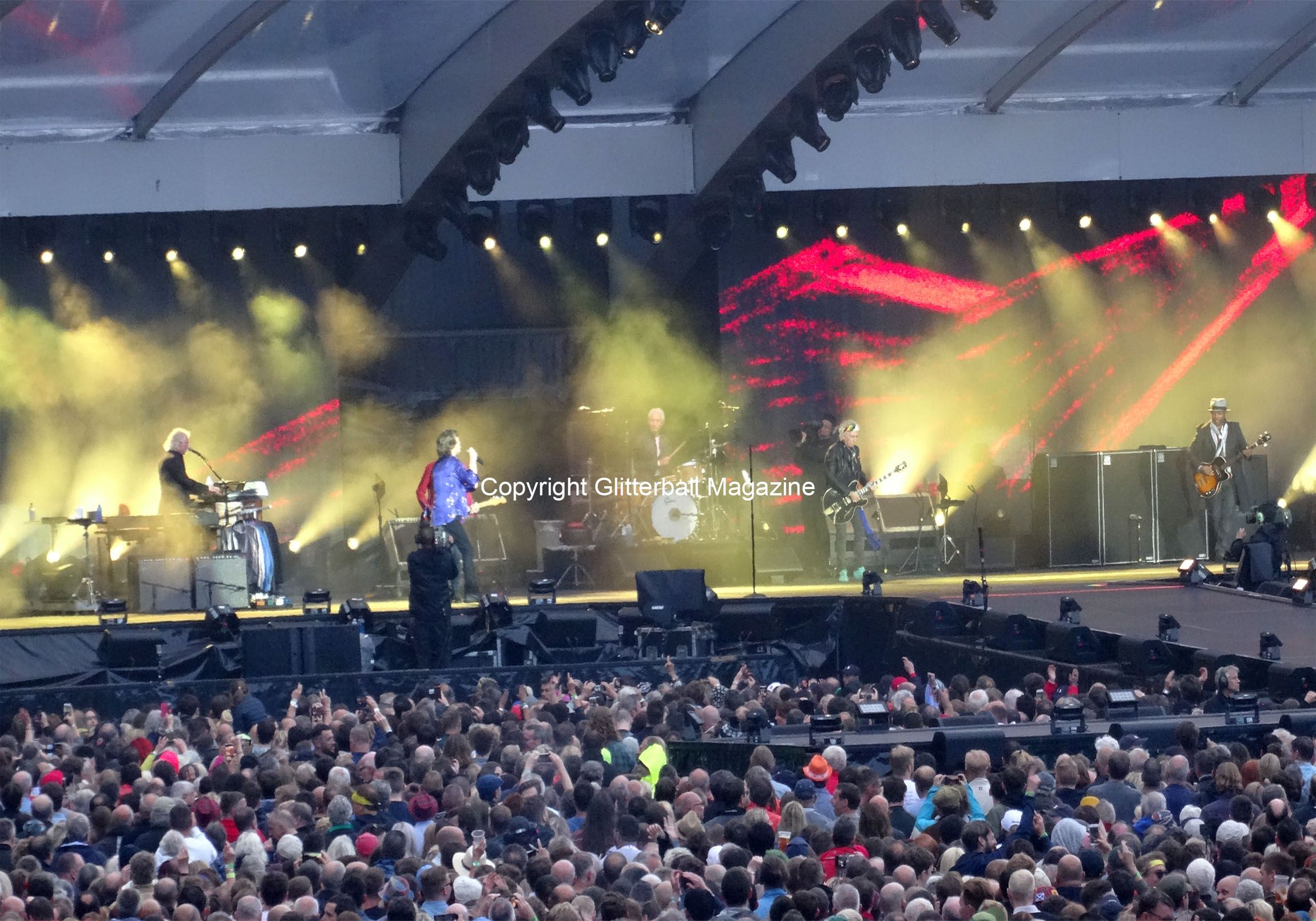 Their classic hit It’s Only Rock ‘N’ Roll shortly followed and their energetic performance inspired fans to sing along and show off their best Jaggeresque dance moves. Other popular hits included Under My Thumb, Can’t Always Get What You Want, Paint it Black and Honky Tonk Woman. 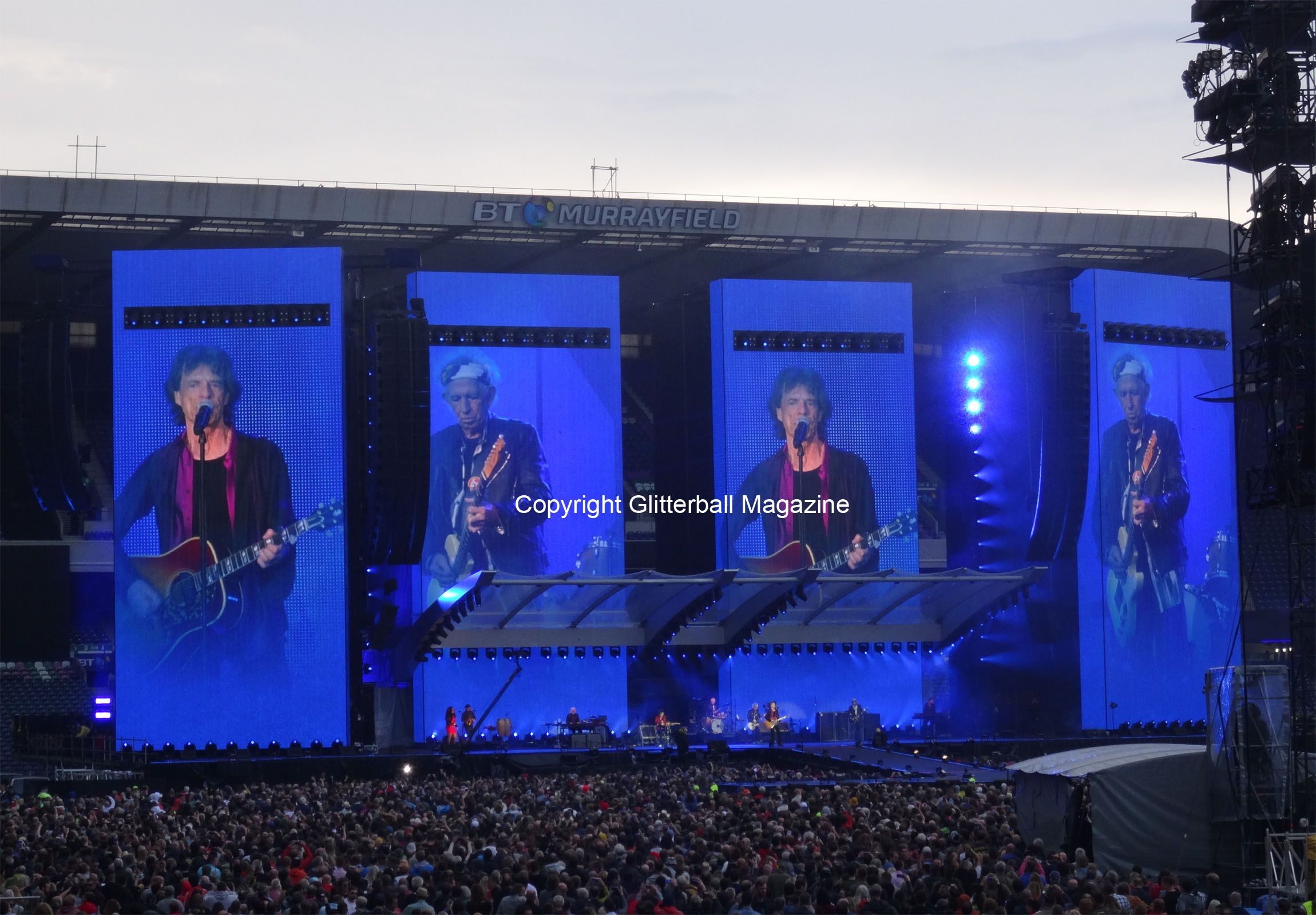 Keith chatted during his two solo performances, You Got The Silver and Happy. Thrilled to be in front of such an adoring crowd, he couldn’t stop smiling. A brilliant part of the show was when Mick introduced his fellow band members. When introducing Ronnie Wood, he made a joke about stealing him from The Bay City Rollers.

Mick joked about getting the tram to the BT Murrayfield Stadium, enjoying the traditional Scottish drink, Irn Bru. Of course they got the tram. They seemed to forget many Rolling Stones fans saw them leave their hotel by car! 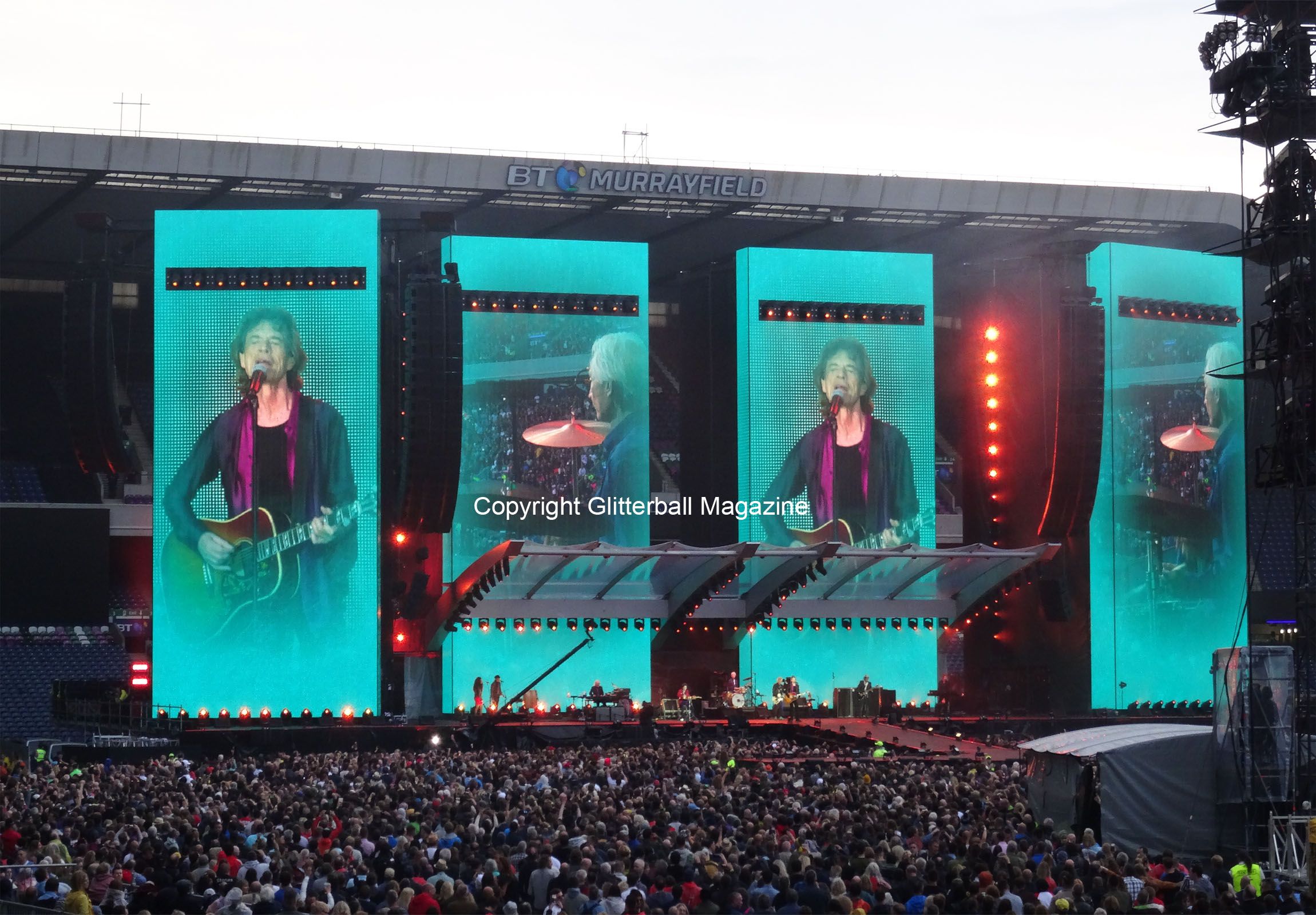 Brown Sugar (a personal favourite) followed shortly after lively versions of their 1978 disco hit Miss You and Midnight Rambler. For the inevitable encore, fans were treated to electrifying encore performances of Gimme Shelter and Satisfaction. It was fantastic rock and roll until the end. I’ve been dying to get tickets see The Rolling Stones for years and couldn’t quite believe I experienced such a memorable event! 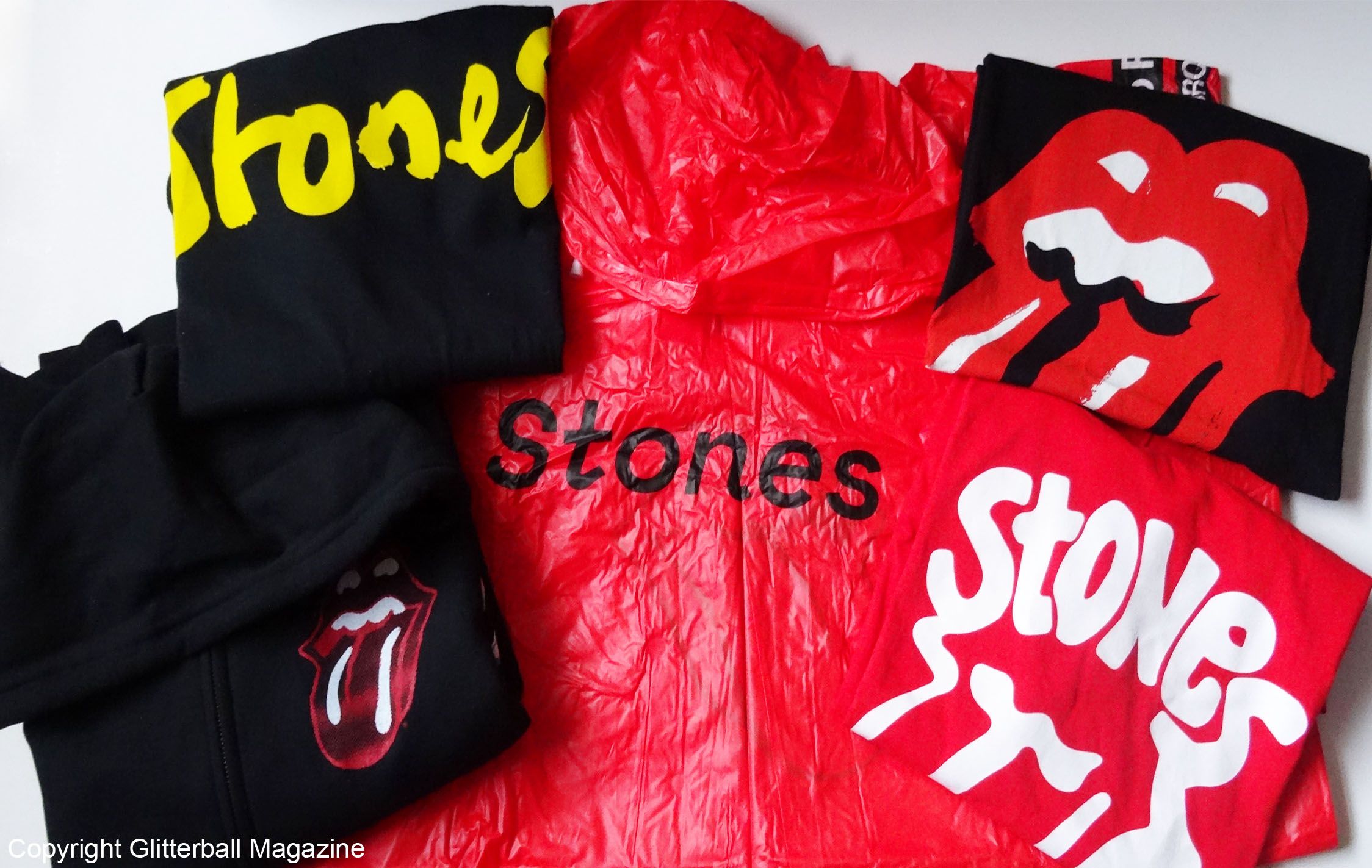 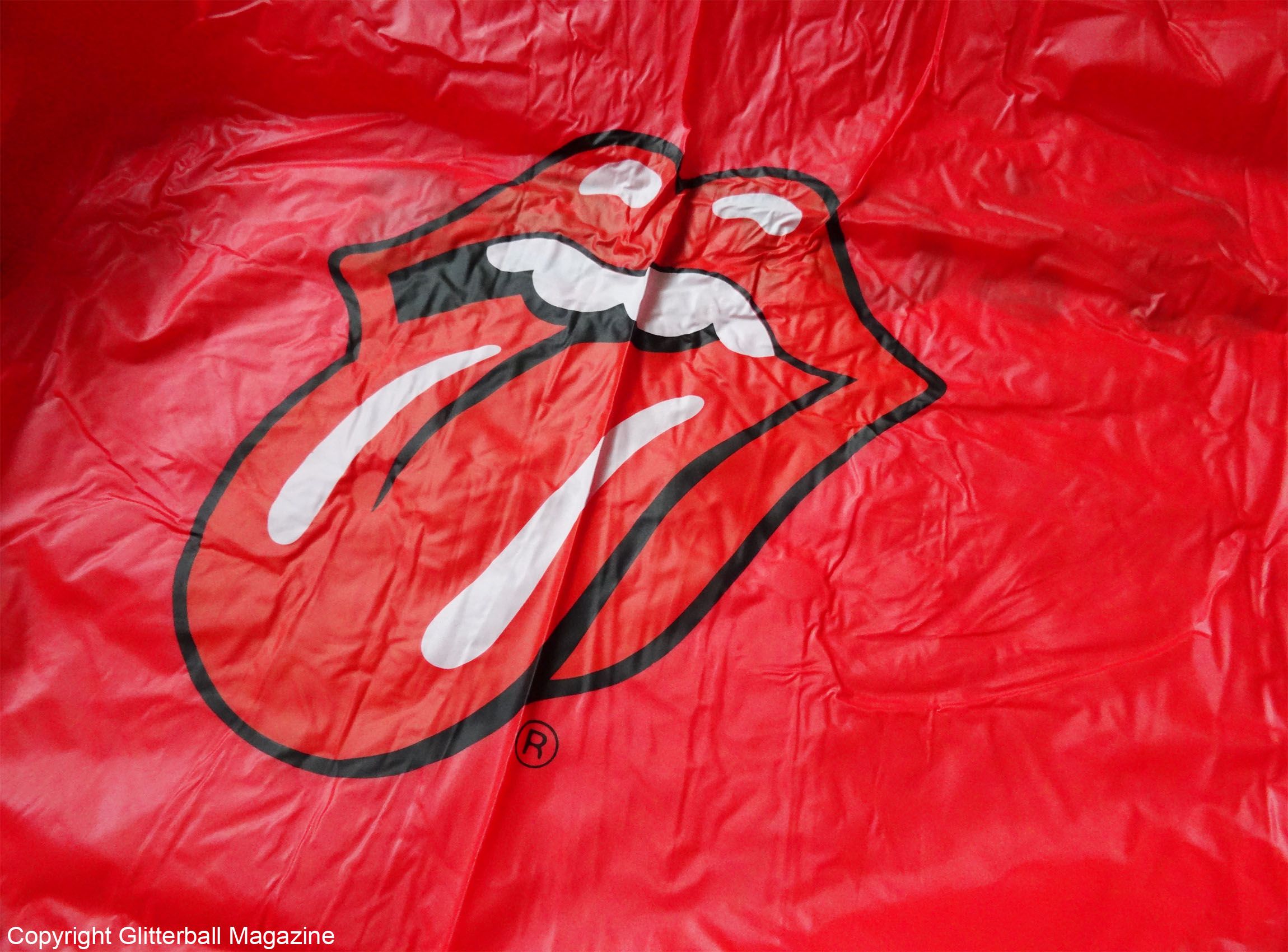 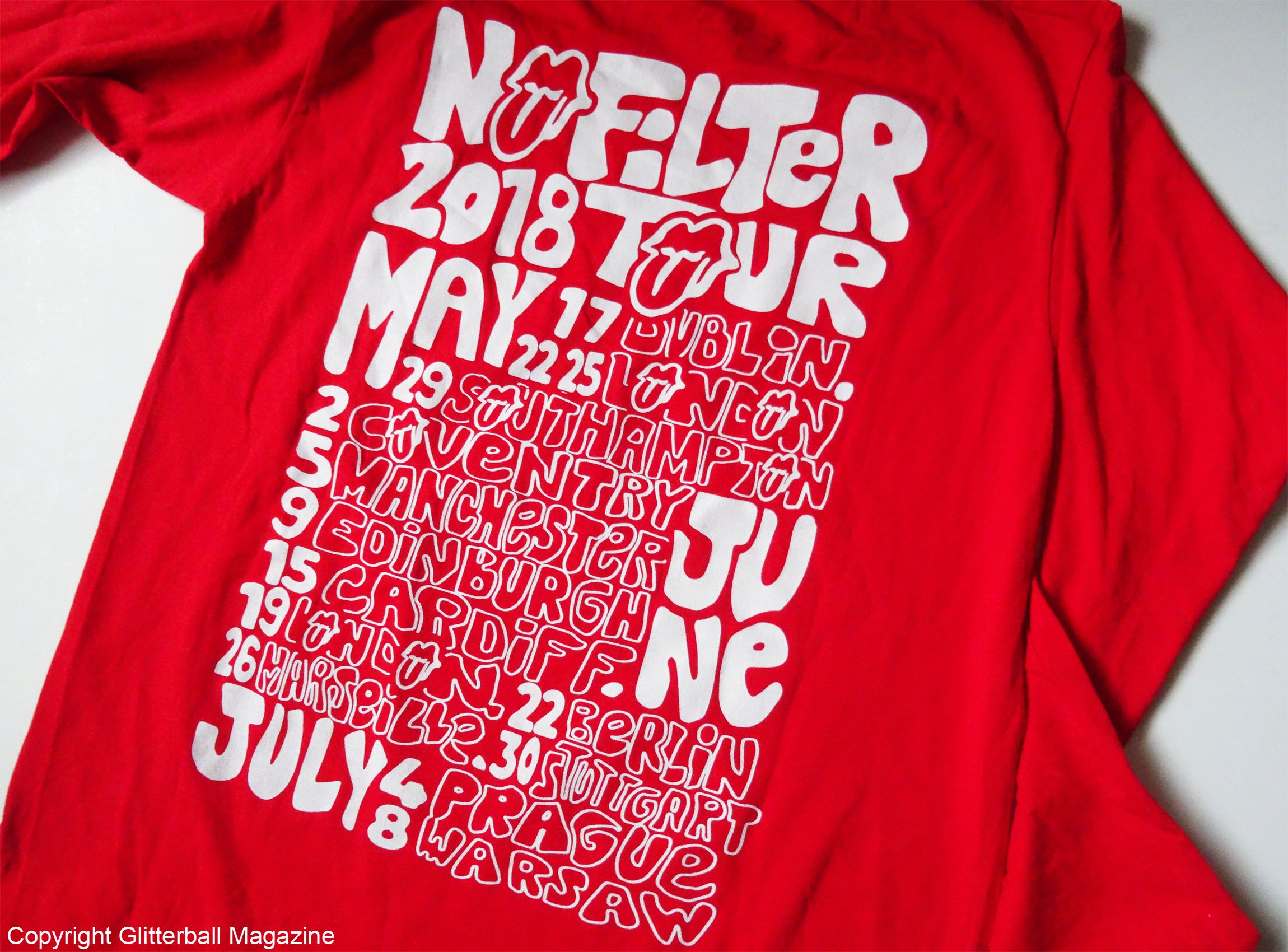 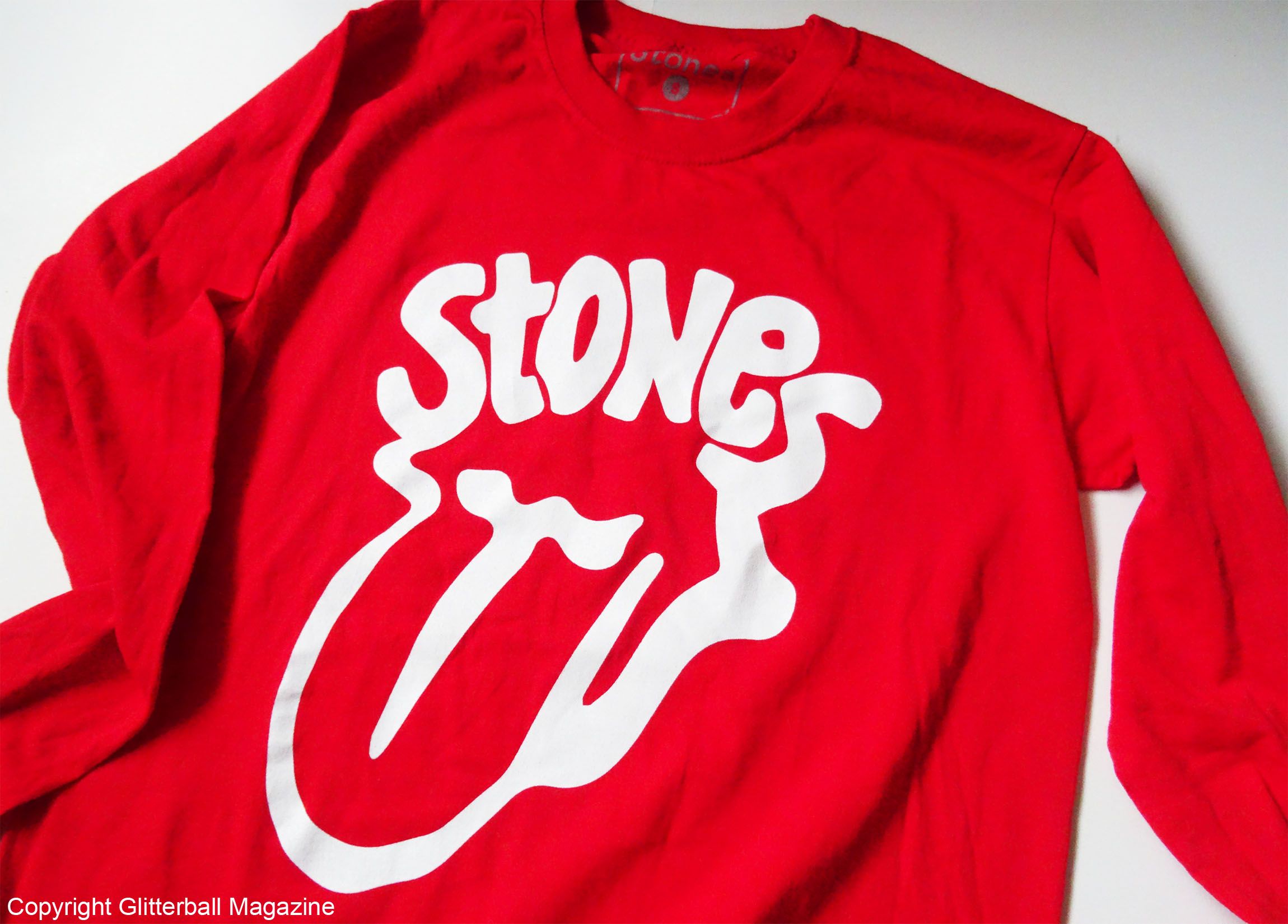 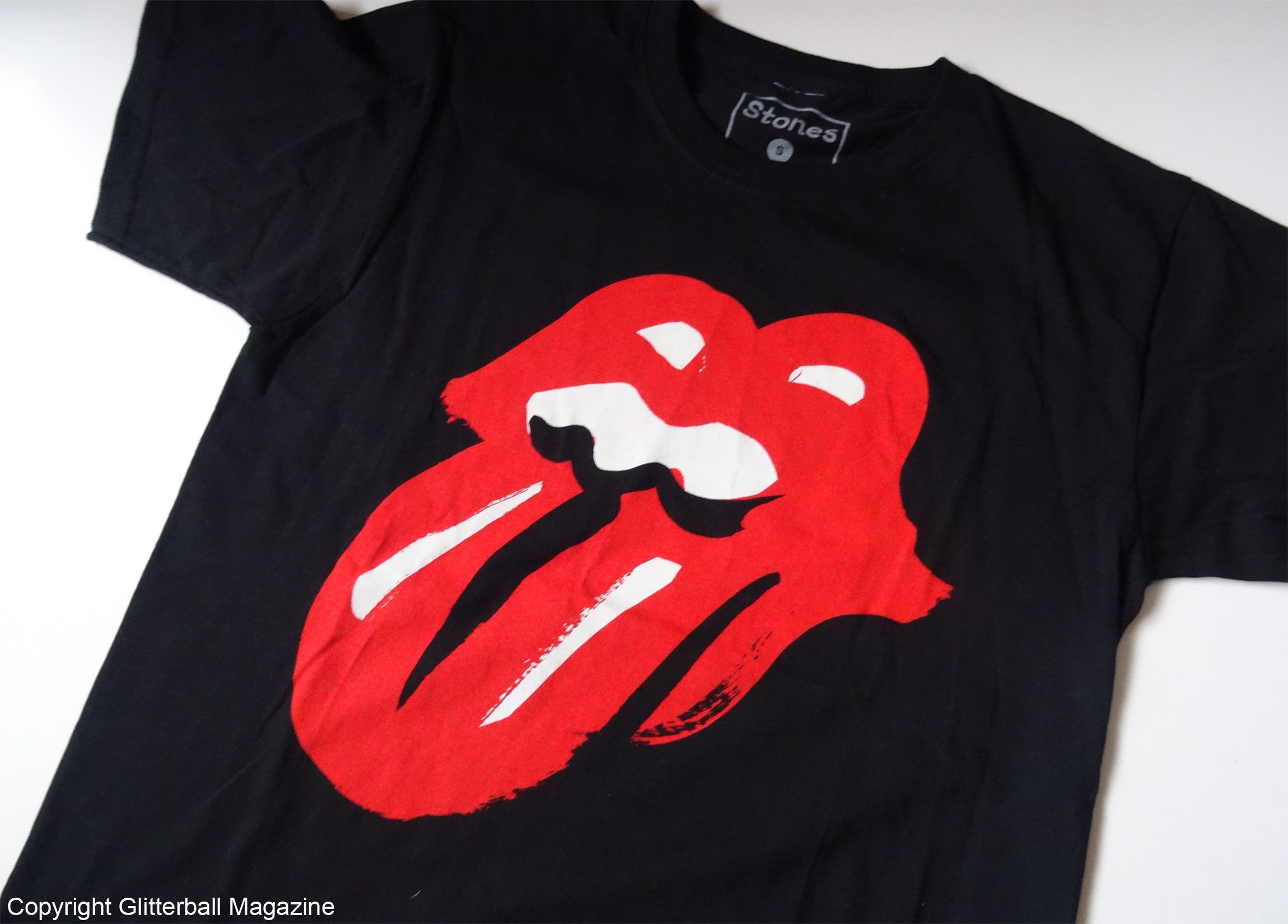 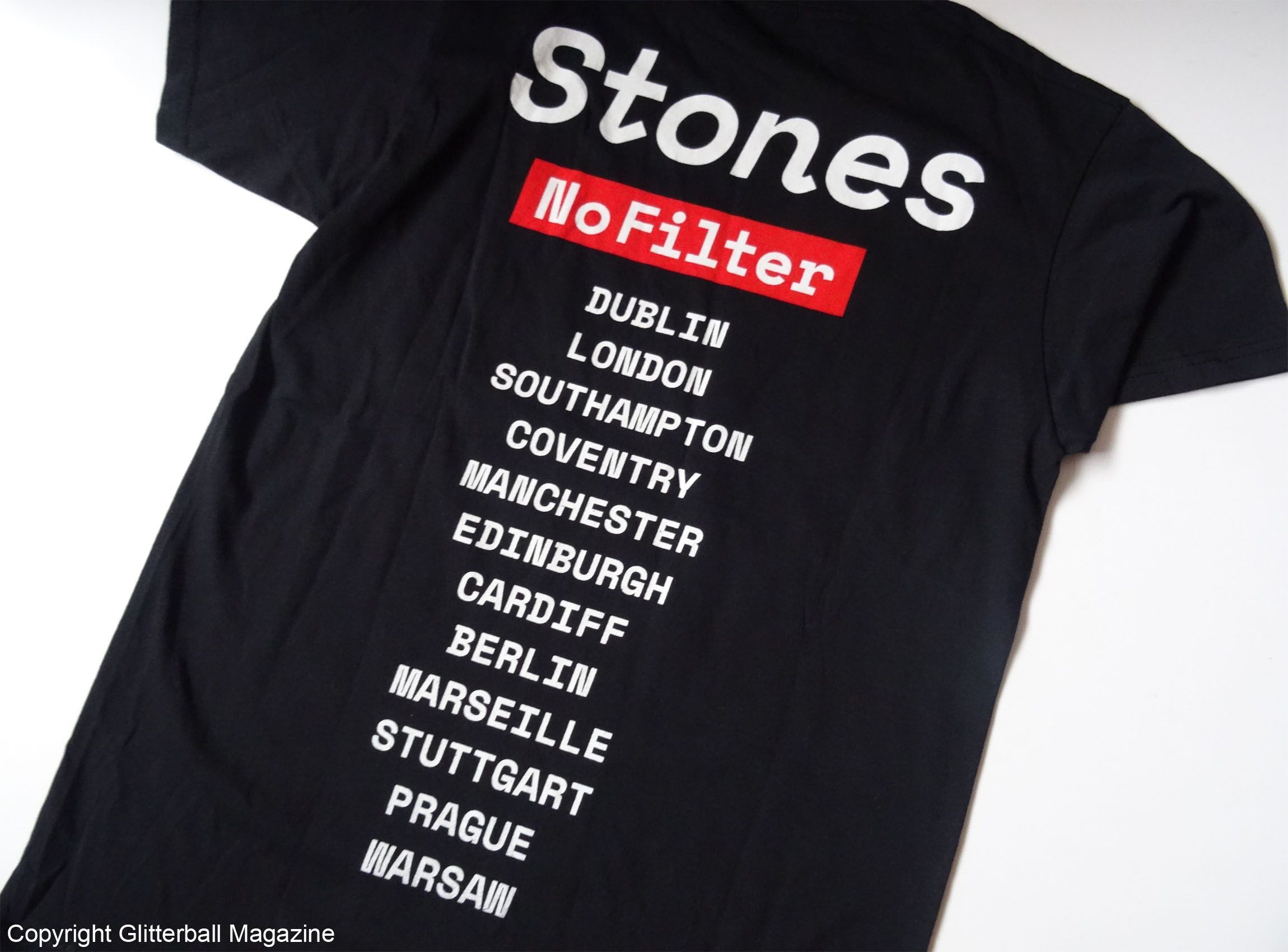 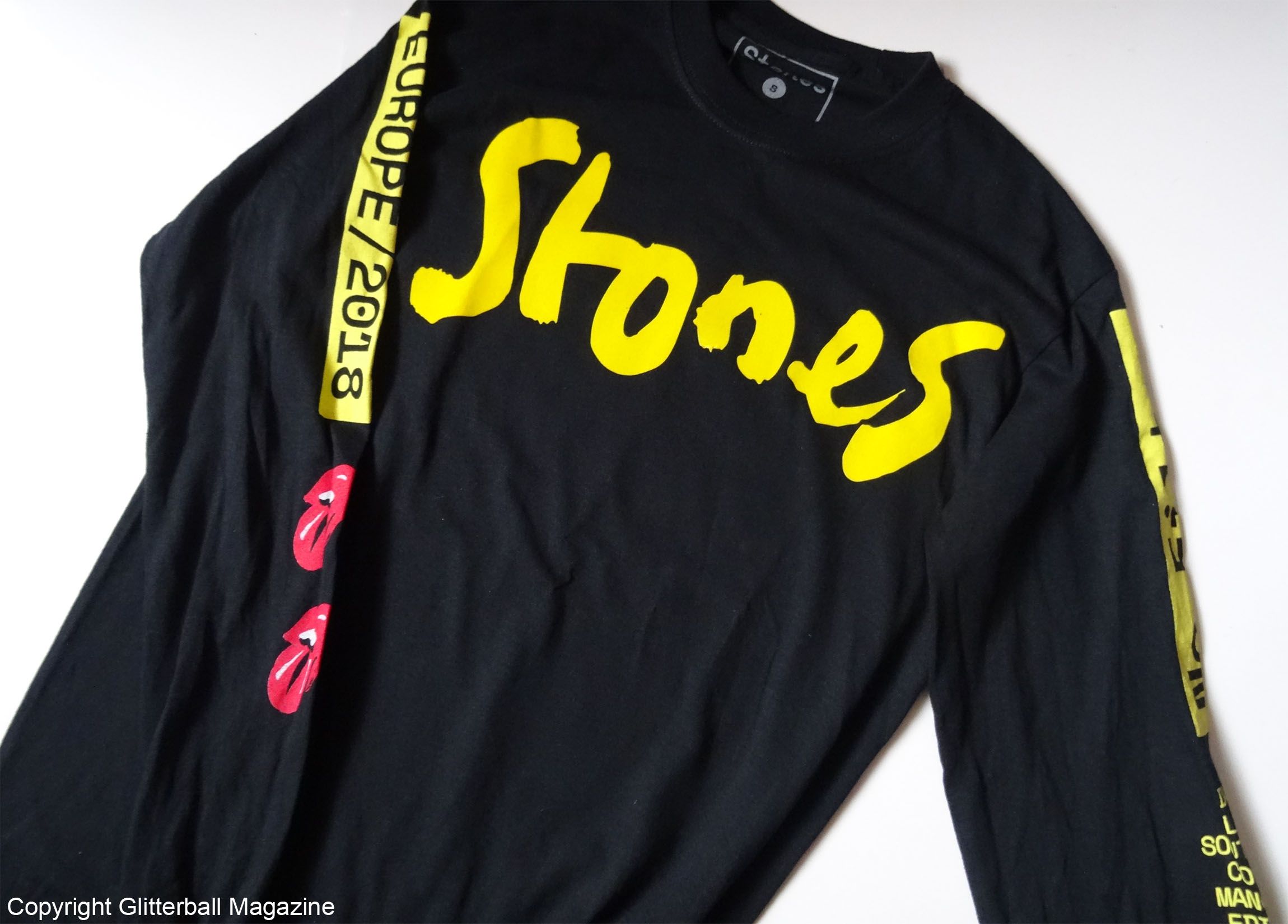 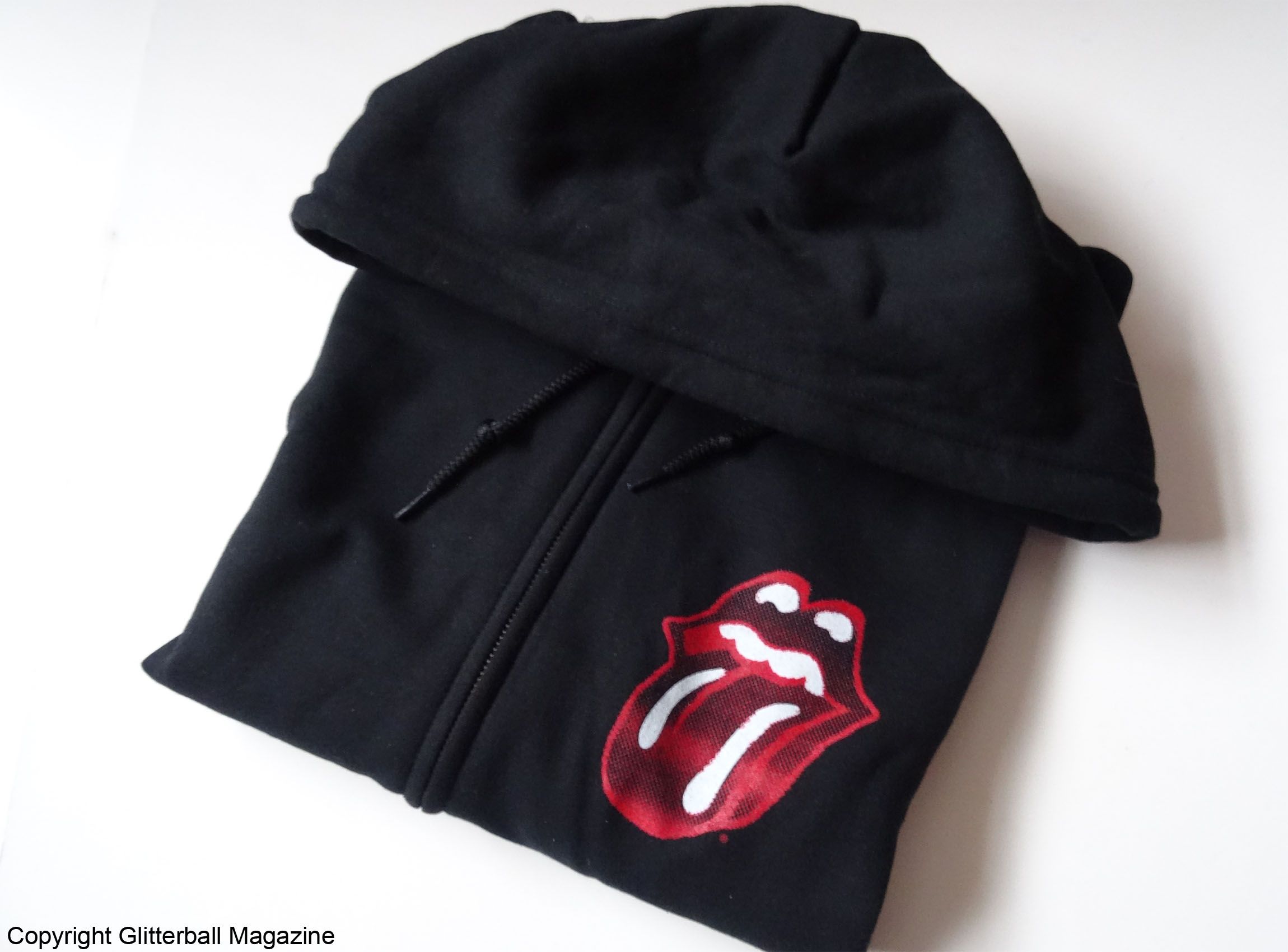 I’m a huge music fan and if you’d like to read about another recent show I attended, why not check out my Kyary Pamyu Pamyu J-pop review?

Nothing could have prepared me for my first Kyary Pamyu Pamyu concert at London Koko. Particularly the five fans stretching...
COPYRIGHT MICHELLE WINTER 2015-2020. ALL RIGHTS RESERVED. NO CONTENT TO BE REPUBLISHED WITHOUT PRIOR WRITTEN PERMISSION AND THEY MUST BE LINKED BACK TO THIS BLOG.
Back to top