The V&A’s next major exhibition, Ocean Liners: Speed & Style will take you on a mesmerising journey through a golden age of glamour and luxury travel. Discover the dazzling evening dresses worn by socialites, Maison Goyard luggage previously belonging to the Duke of Windsor and Wallis Simpson and perhaps the most exciting relic of all, the largest remaining fragment from the Titanic’s doomed 1912 voyage.

Sponsored by Viking Cruises and co-organised with the Peabody Essex Museum in Salem, Massachusetts, the exhibition will look at the compelling story of empire, trade, immigration, national rivalry, technology, fashion and social class. It’s the first exhibition to explore the design and cultural impact of the ocean liner on an international scale. 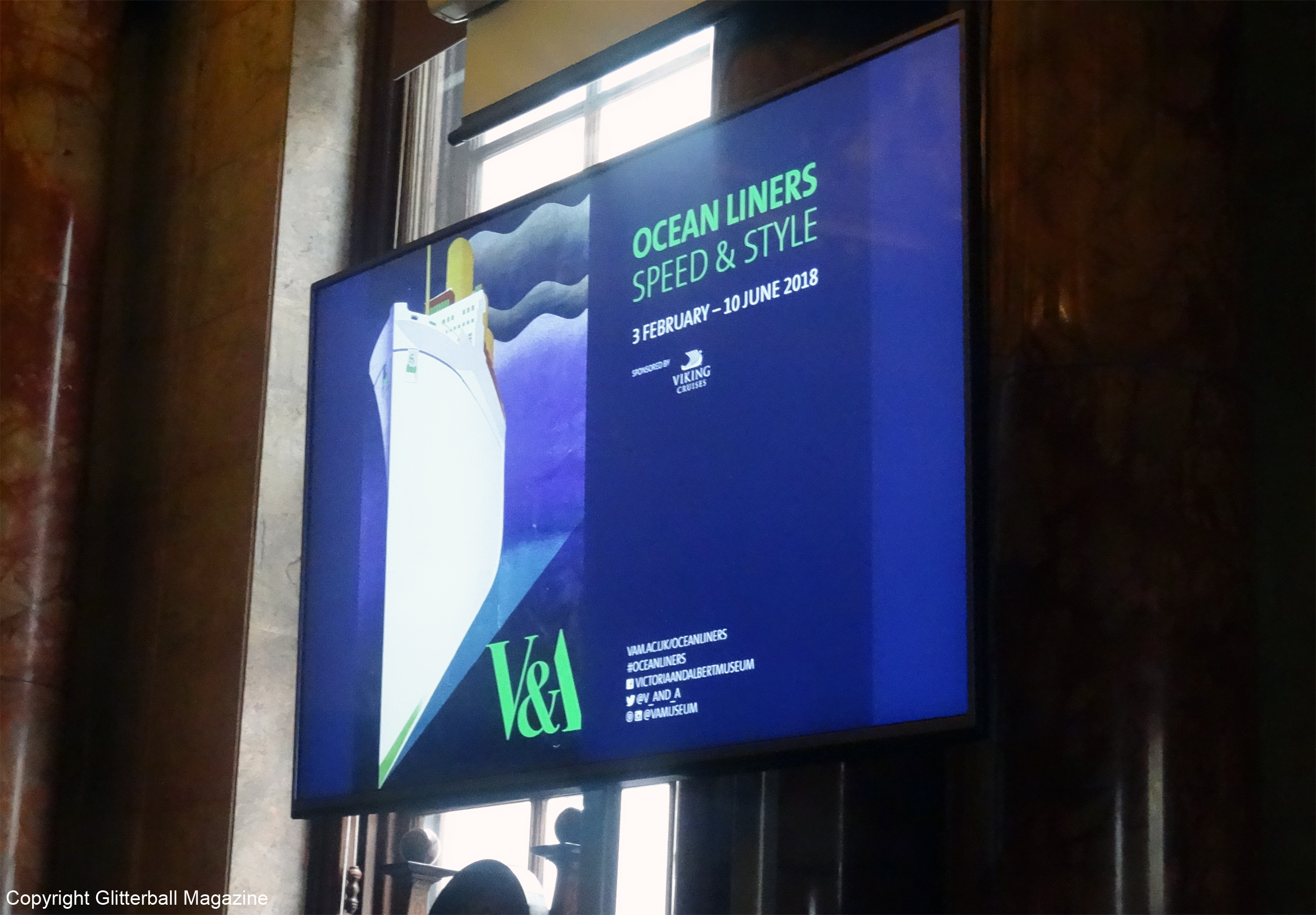 I attended the press launch for the exhibition in the General Committee Room in the Collcutt Building at Lloyd’s Register, London. Adding to the ocean travel theme, refreshments were beautifully presented in wooden suitcases. V&A Director, Tristram Hunt enthused that the location couldn’t have been more appropriate considering Ocean Liners: Speed & Style includes William De Morgan’s work, which is also part of the Committee Room interior design. 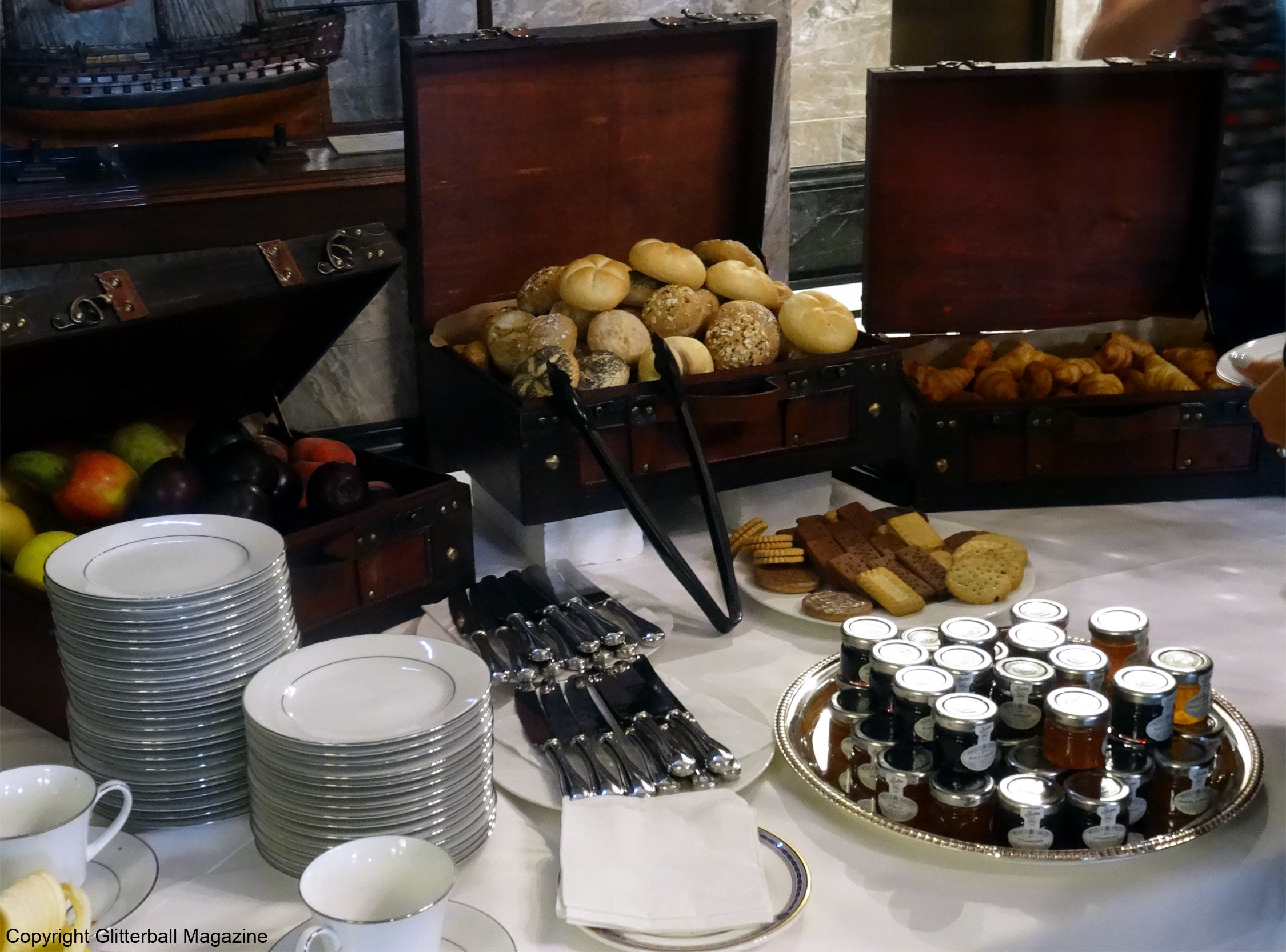 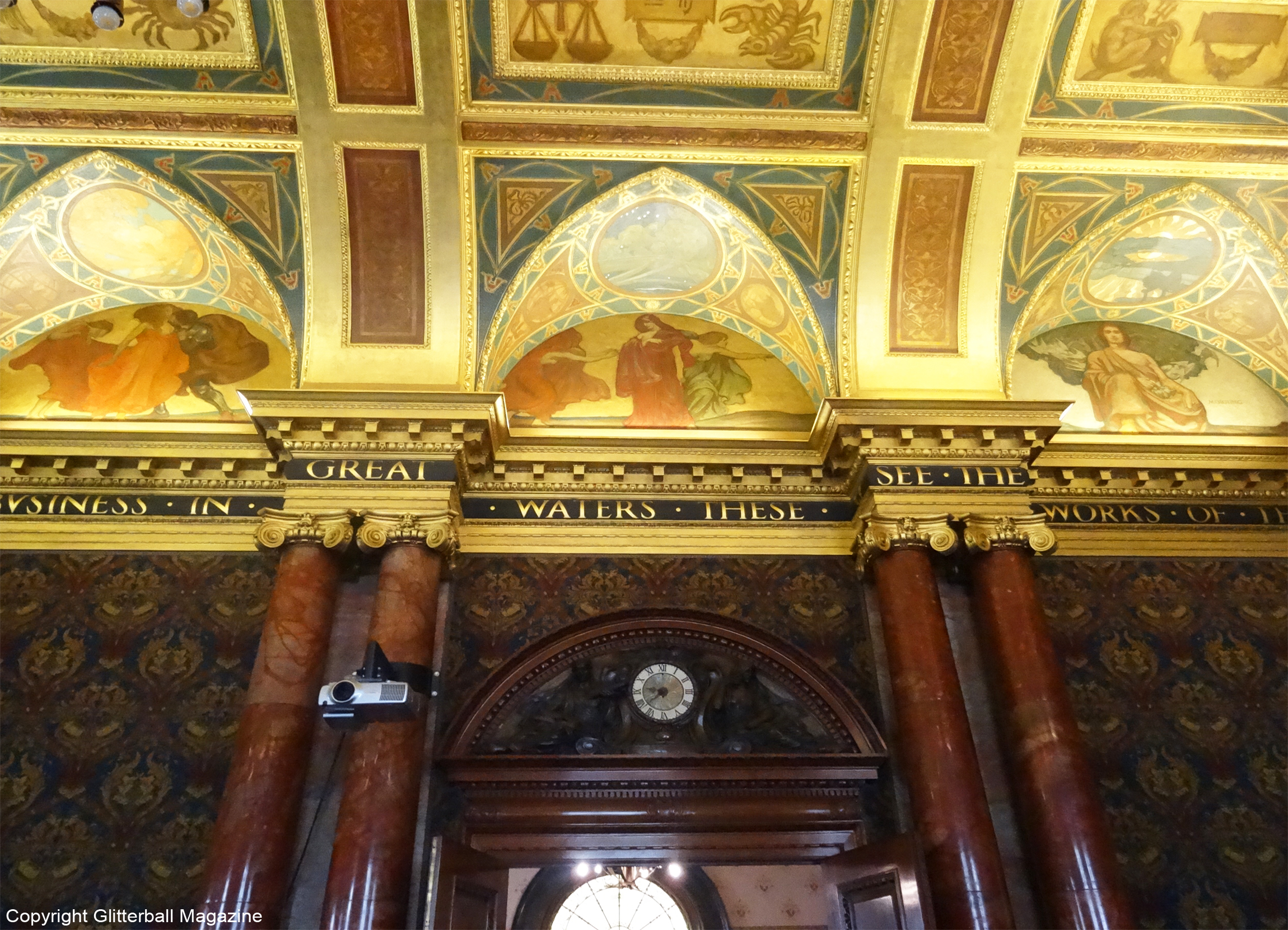 Hunt says, ‘The open seas, the glamour, speed and style, the triumphs and of course, the tragedies. We wanted to capture this fascinating topic, from the design engineering and human stories and bring to life as only the V&A can.’ 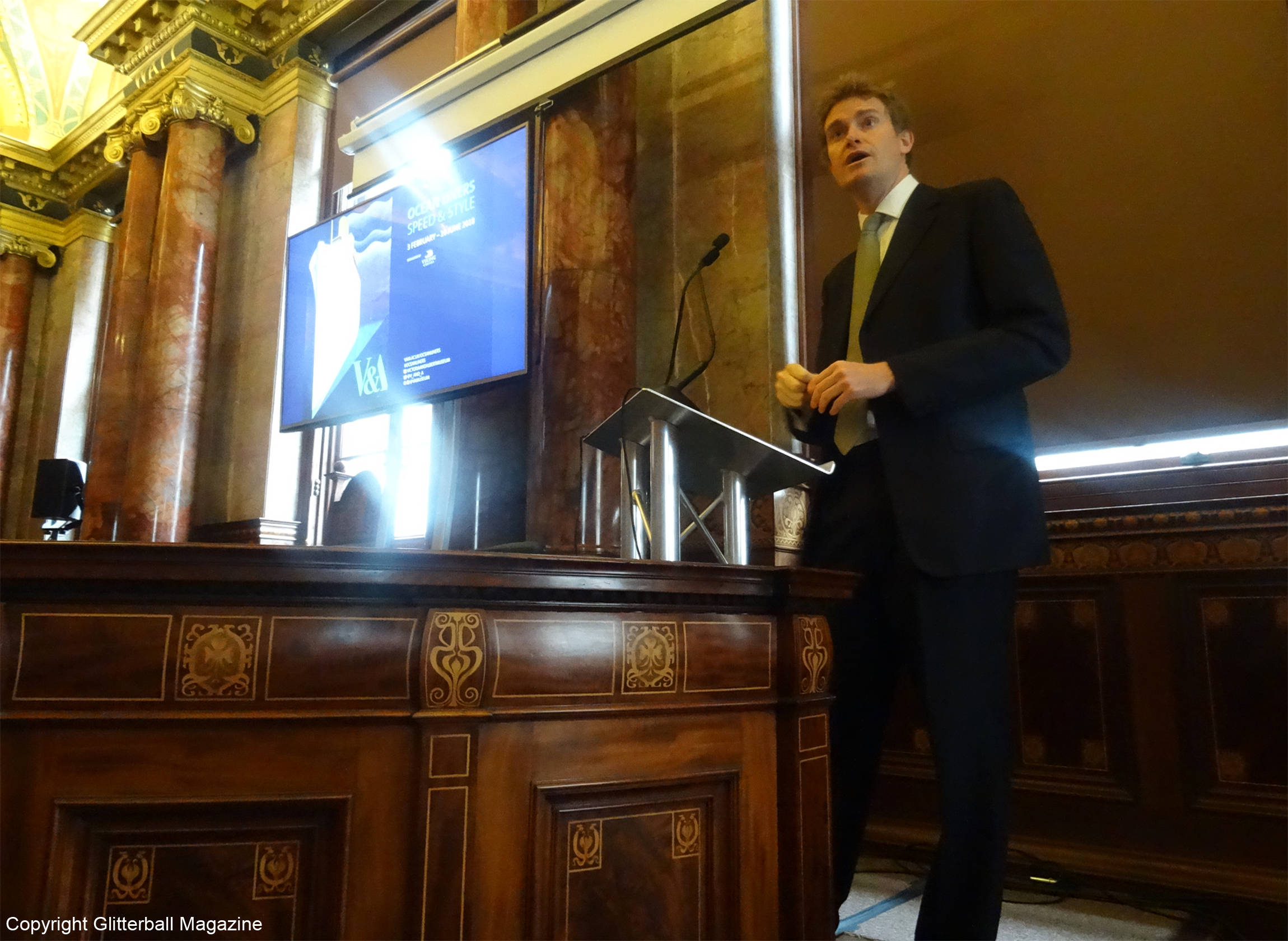 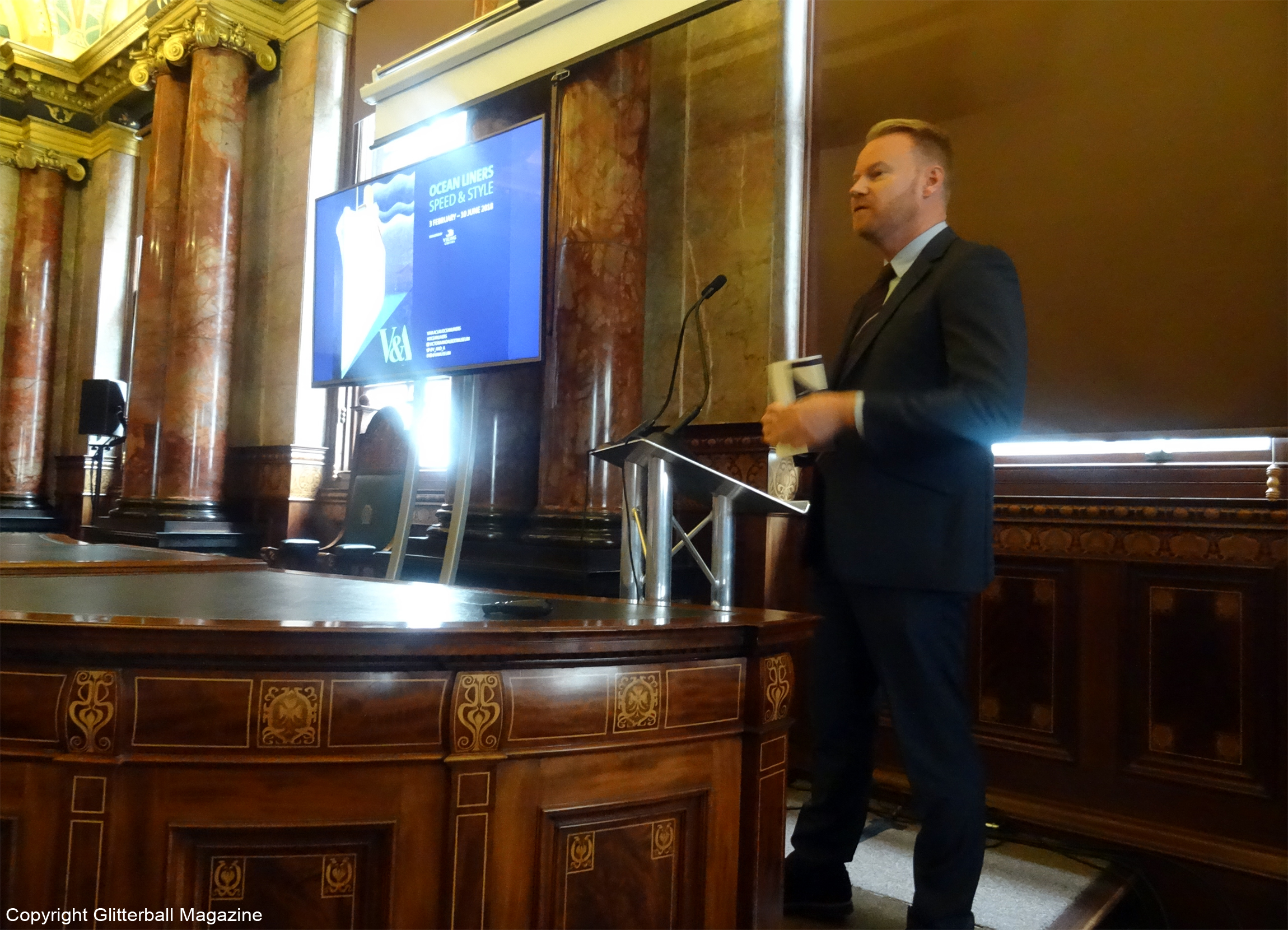 Acknowledging that a version of this exhibition opened to great acclaim in the United States, Hunt is confident that the V&A can offer something spectacular for visitors. He says it will reveal the ‘remarkable intimacy of European design.’ 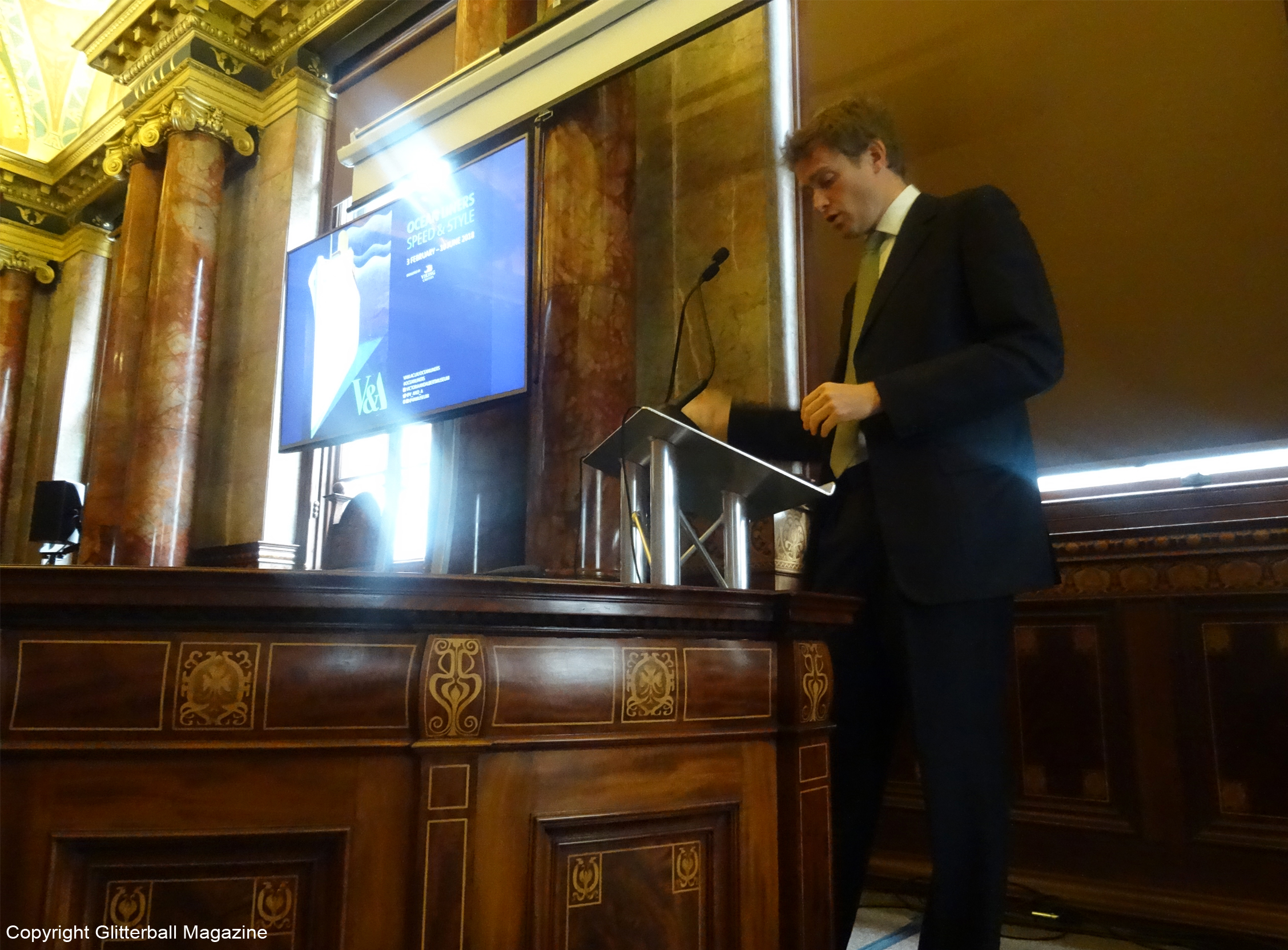 Over 250 objects will be shown, including Art Deco posters, furniture, paintings, sculptures and ship models. Innovative works by Modernist artists, designers and architects such as Le Corbusier, Albert Gleizes, Charles Demuth and Eileen Gray will be displayed.

Many films have explored our nostalgia for ocean travel. James Cameron’s 1997 film, Titanic remains one of the most successful. The magnificent wooden panel fragment from the Titanic, found floating in the Atlantic from where the ship broke in half as it sank, will also feature.

Displayed in Europe for the very first time, the intricately designed panel is from the over-door in the first-class lounge and is a fantastic example of Rococo style. It’s rarely lent by the Maritime Museum in Canada, making it a V&A exclusive.

Ocean Liners: Speed & Style will also include the 100-set luggage belonging to the Duke and Duchess of Windsor, which accompanied them on their travels between France and the United States. Personalised with his title, they haven’t been seen in Europe since they were acquired from the Windsor Estate.

Fashion fans will be overjoyed with the beautiful outfits. A red silk crêpe dress worn by Bernadette Arnal for the Normandie’s maiden voyage to New York will be displayed. Marlene Dietrich’s Christian Dior suit for her arrival in New York on board Queen Mary in December 1950 will be a treat for fans of superb tailoring.

The beautiful beaded ‘Salambo’ flapper dress designed by Jeanne Lanvin and owned by Kentucky-born socialite Miss Emilie Grigsby will be shown. Grigsby regularly travelled between Europe and New York on the Olympic, Aquitania and Lusitania and dressed in the greatest French couturiers.

Another piece is the diamond and pearl Cartier tiara belonging to Lady Allan, saved from the last voyage of the Lusitania.

Exhibition Curator, Ghislaine Wood admits the exhibition has been three years in the making and that although the great age of ocean liners is over, no form of transport has been more romantic. She explains, ‘This exhibition will show how liners have shaped the modern world in many ways.’ 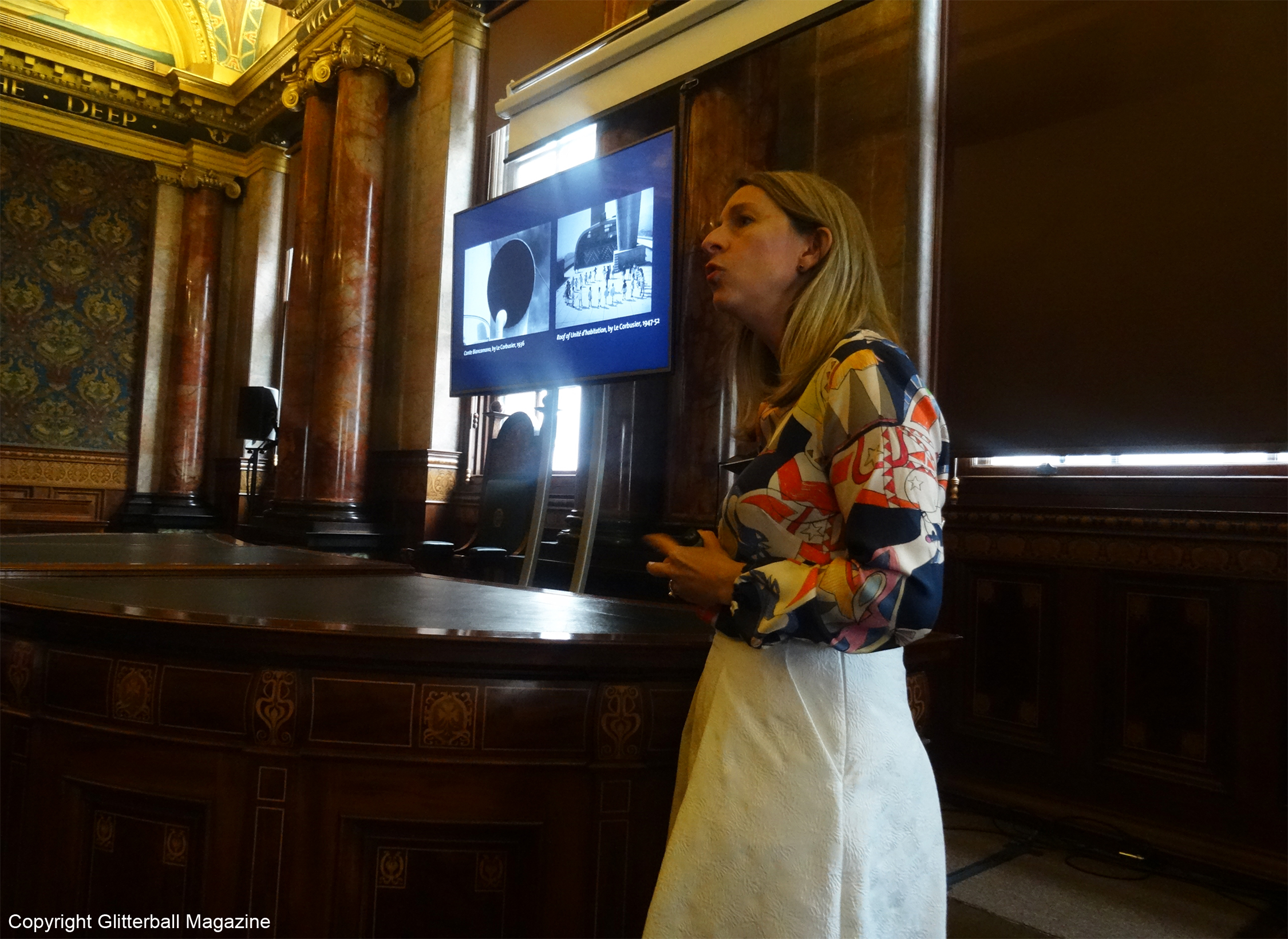 Wood says it will focus on the sociology of ships, the shifting class structures on board and investigate the shrewd promotional strategies shipping companies used to attract wealthy customers, transforming it from mass immigration to aspirational travel.

An extra source of delight will come from the swimming pool installation, another first for the V&A. Alas, not filled with water but it will certainly add a unique touch.

Tristram says, ‘It mixes the brilliant V&A qualities of deep scholarship, research, design, history all in a superb visitor experience.’

Being a huge fan of the V&A, I was delighted to meet Tristram Hunt after the presentation. 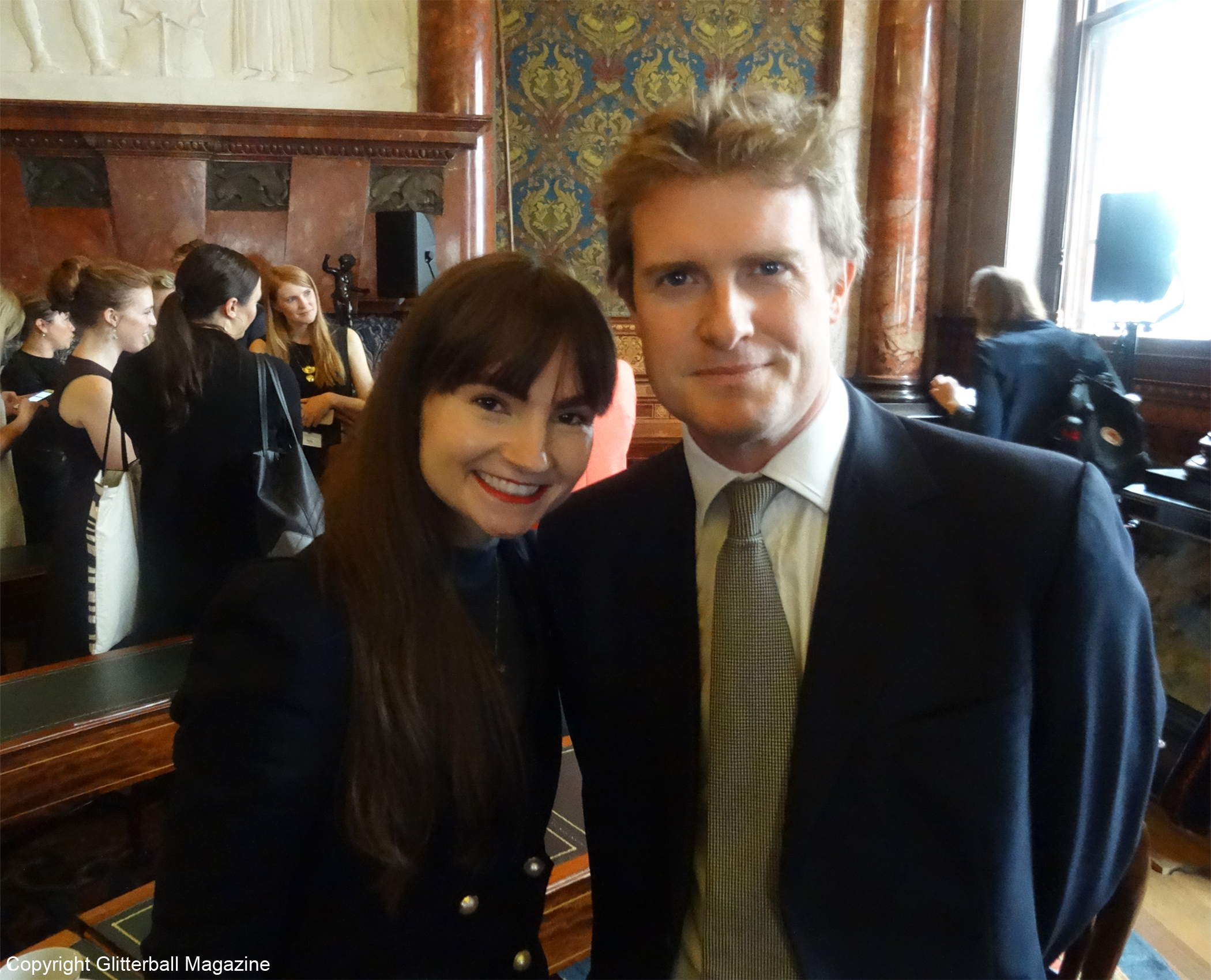 You’ve got an Instagram friendly cocktail but you're struggling to photograph it because you can’t see your phone properly...
COPYRIGHT MICHELLE WINTER 2015-2022. ALL RIGHTS RESERVED. NO CONTENT TO BE REPUBLISHED WITHOUT PRIOR WRITTEN PERMISSION AND THEY MUST BE LINKED BACK TO THIS BLOG.
Back to top