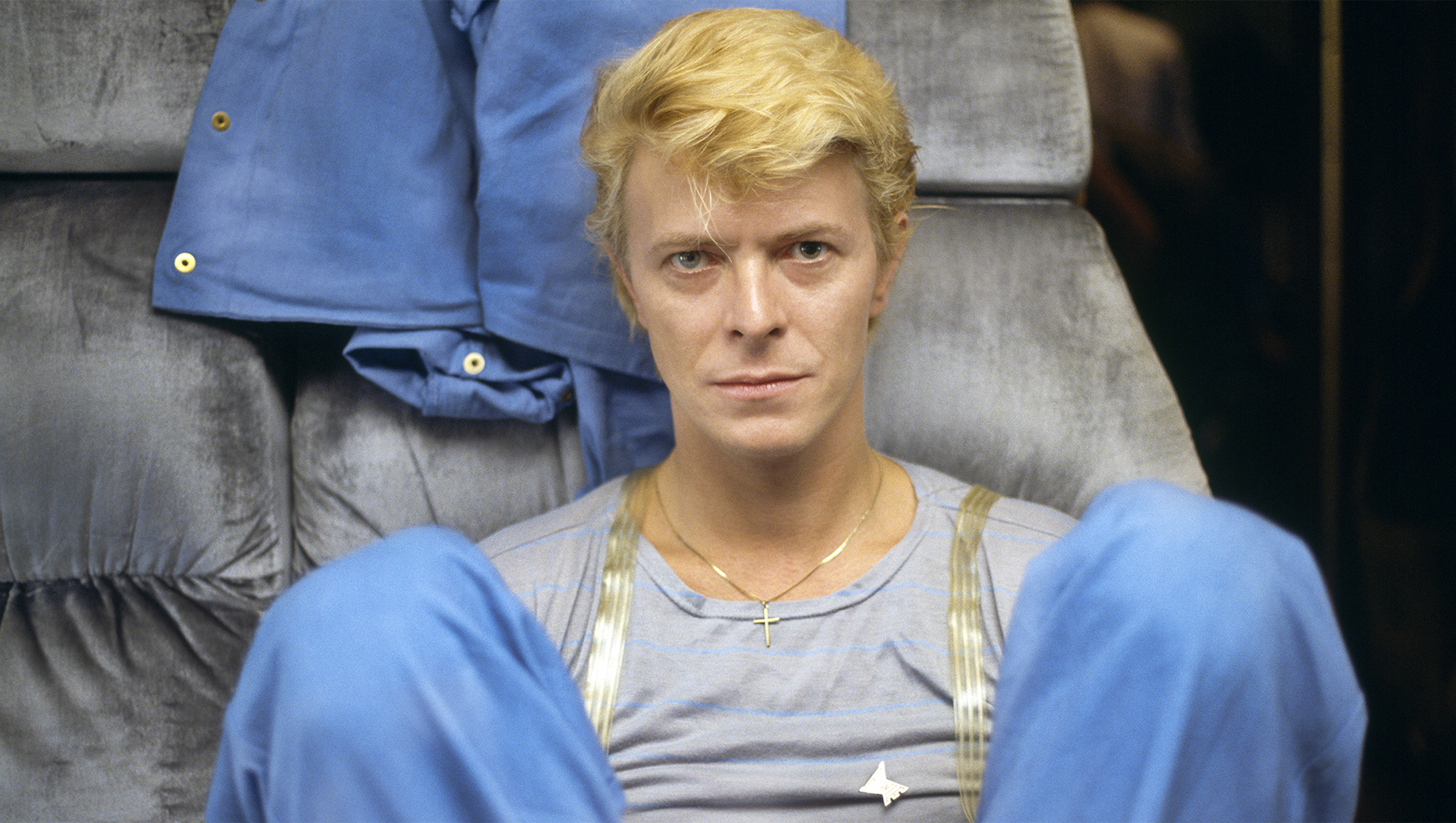 Any David Bowie fan would be thrilled to see the David & I exhibition of ‘never before seen’ photographs by David Bowie’s official photographer, Denis O’Regan. I recently had the pleasure of viewing his Newcastle show at Lloyd Mini on Barrack Road. An exclusive Q&A session with O’Regan, as part of the exhibition tour, only added to my excitement.

Organised with Off Beat Lounge and Lloyd Mini, the tour sold out last year and has been extended to this summer and includes forty photographs. VIP ticketholders have an exclusive viewing and an additional Q&A with O’Regan along with champagne and nibbles. 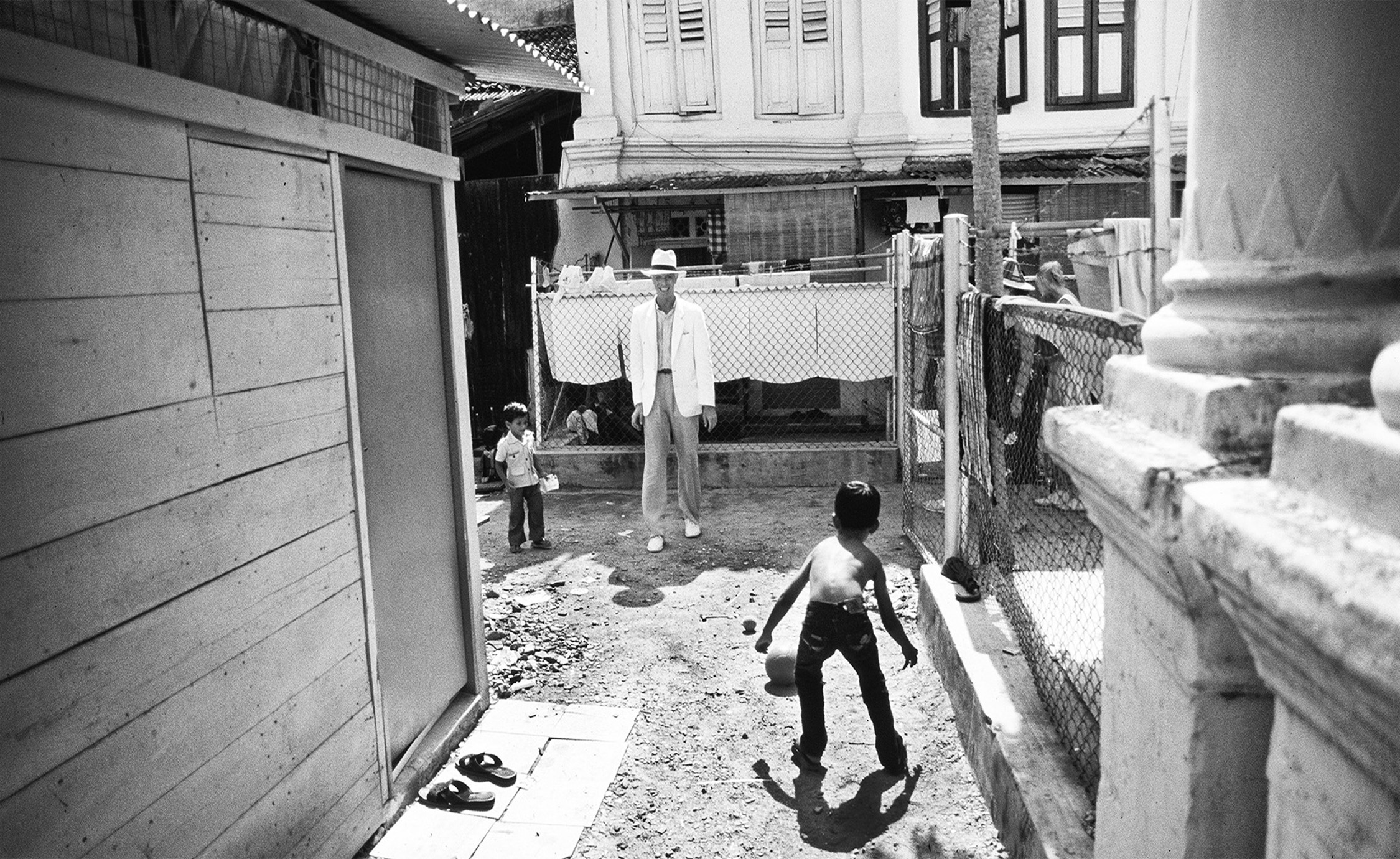 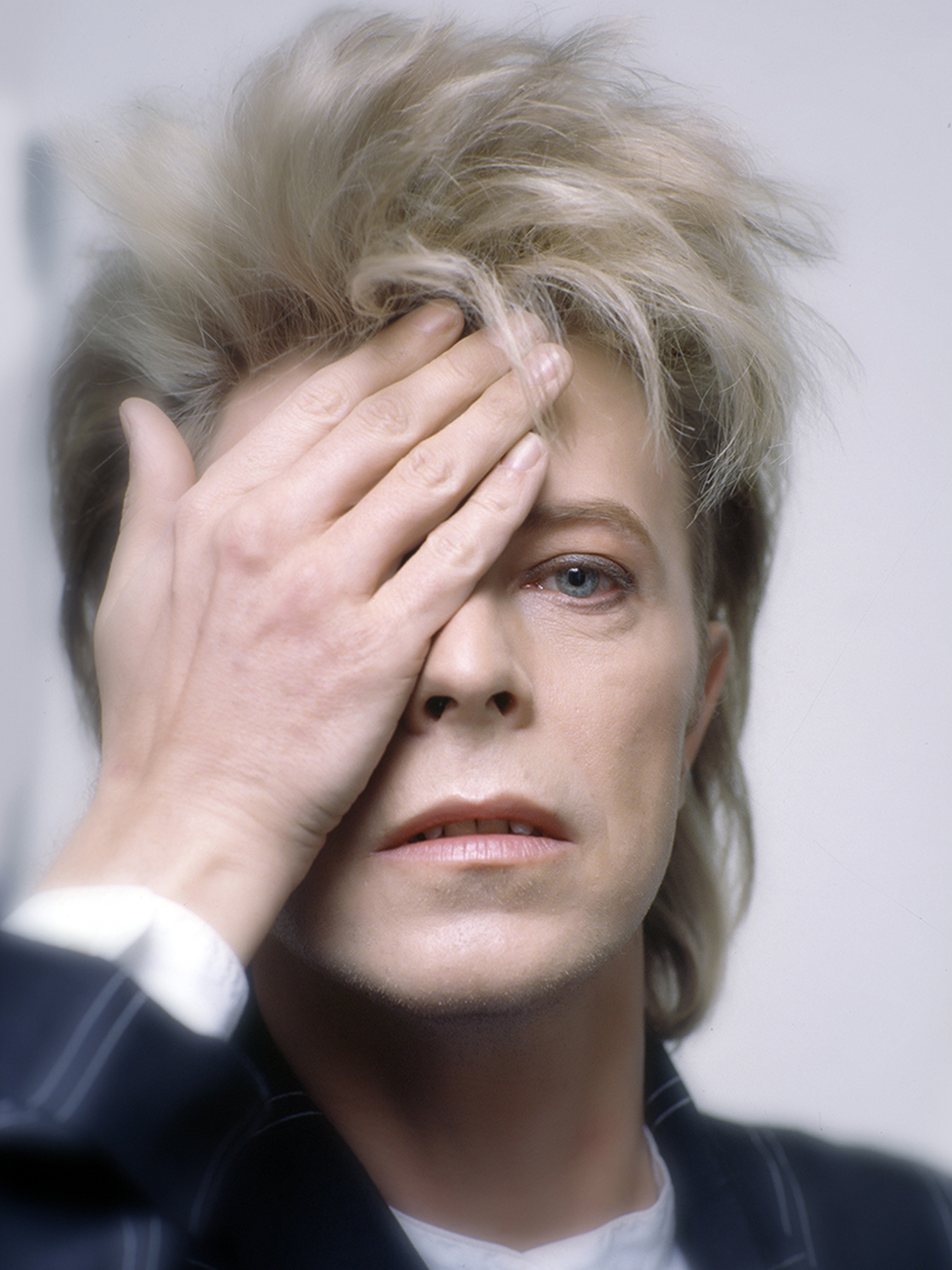 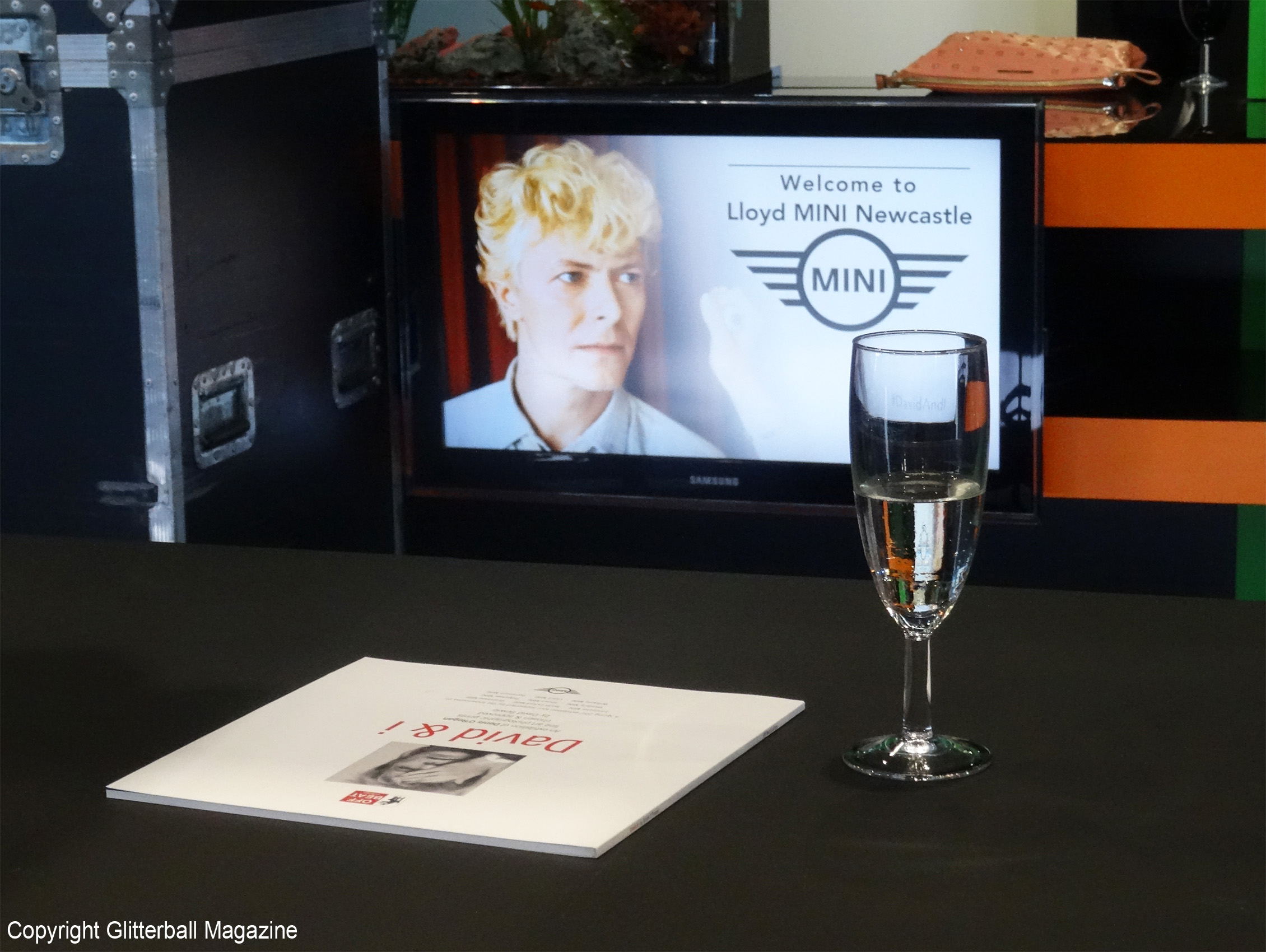 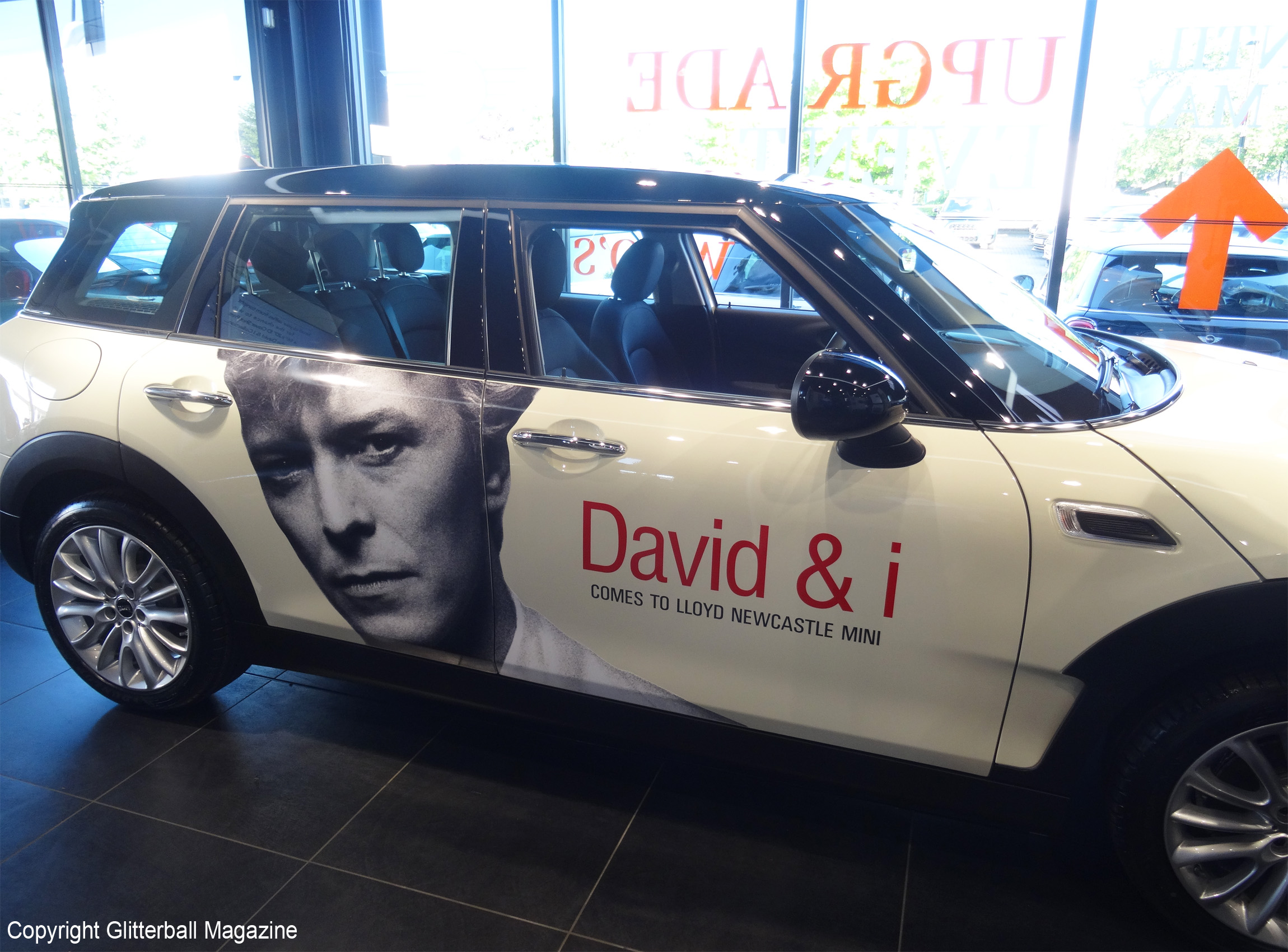 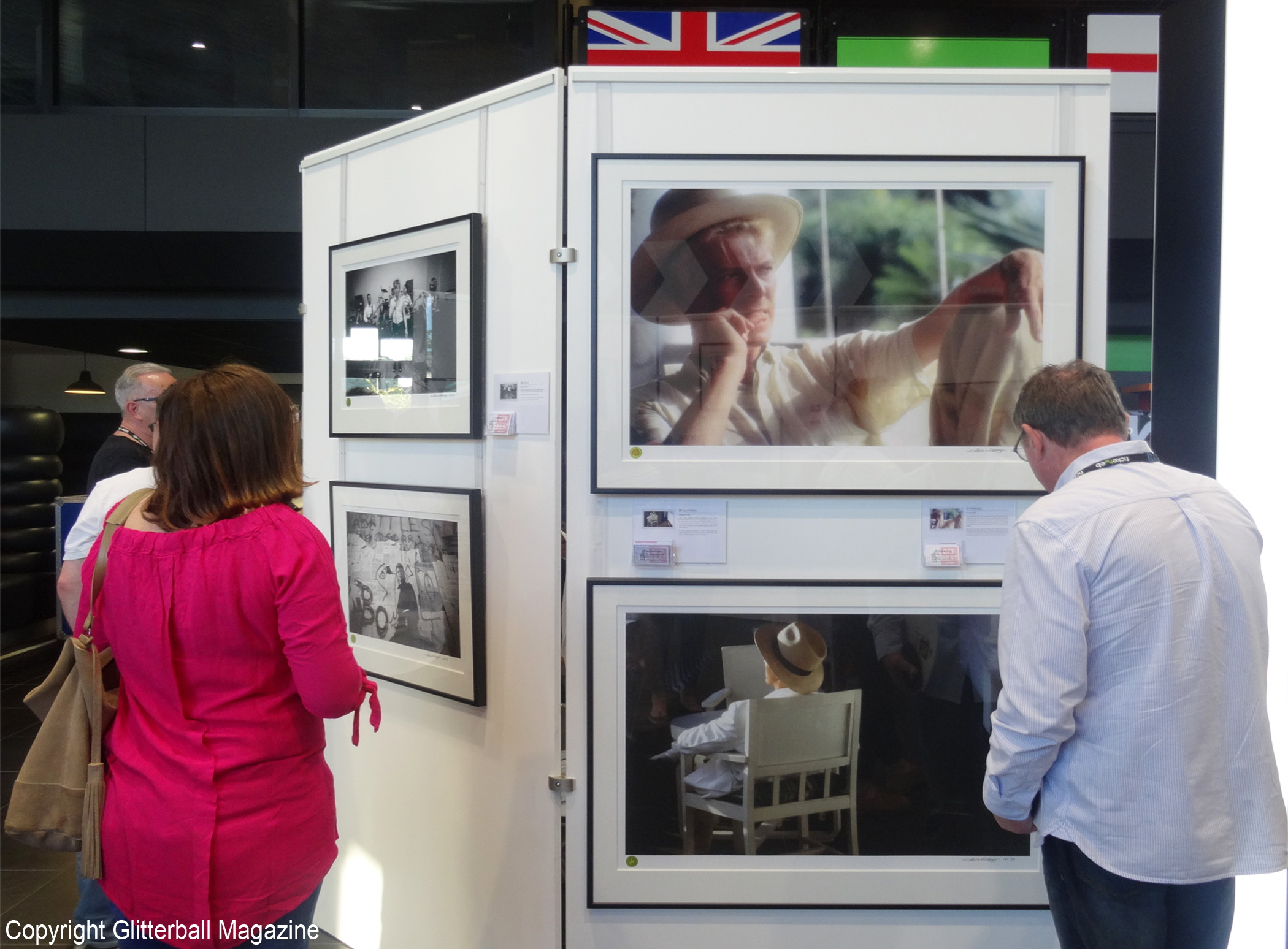 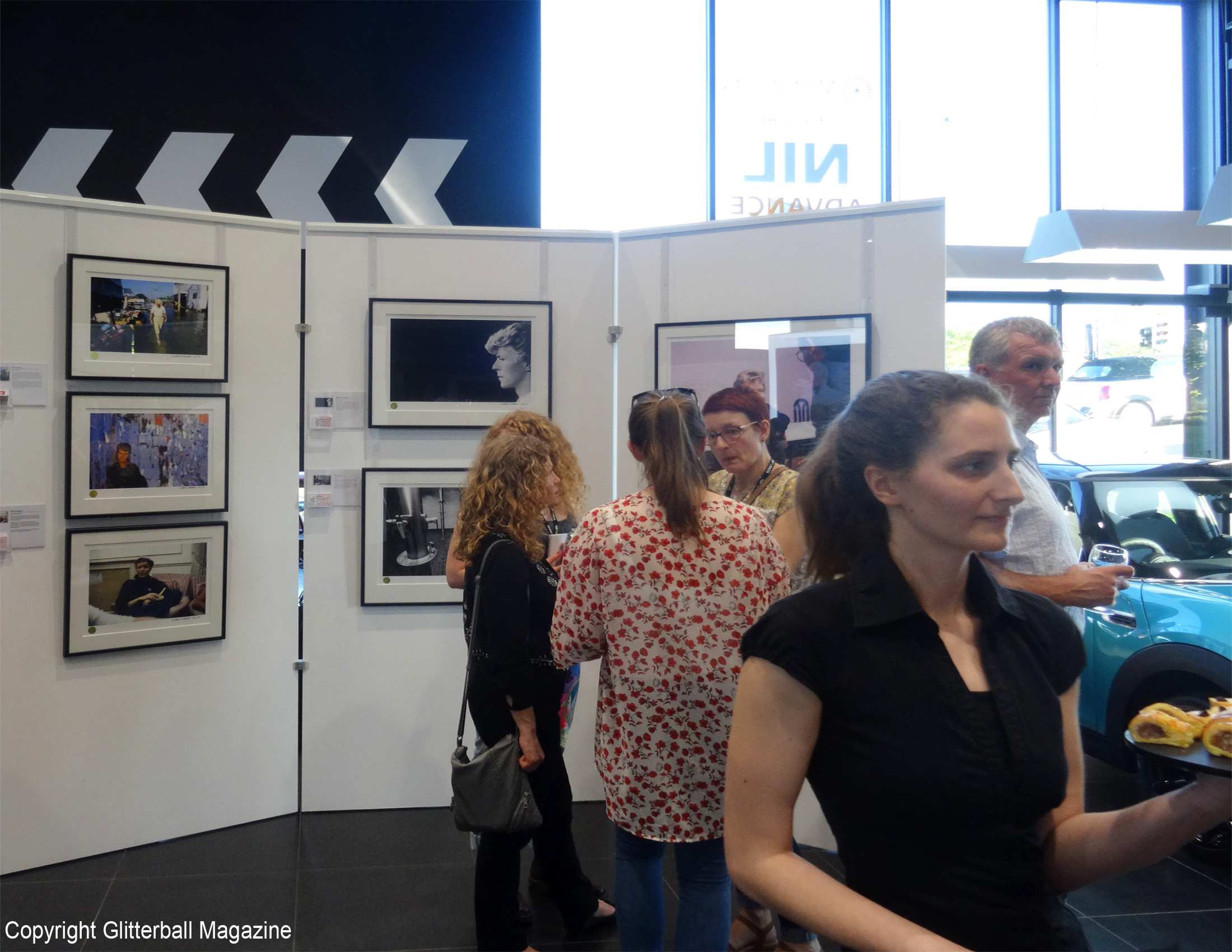 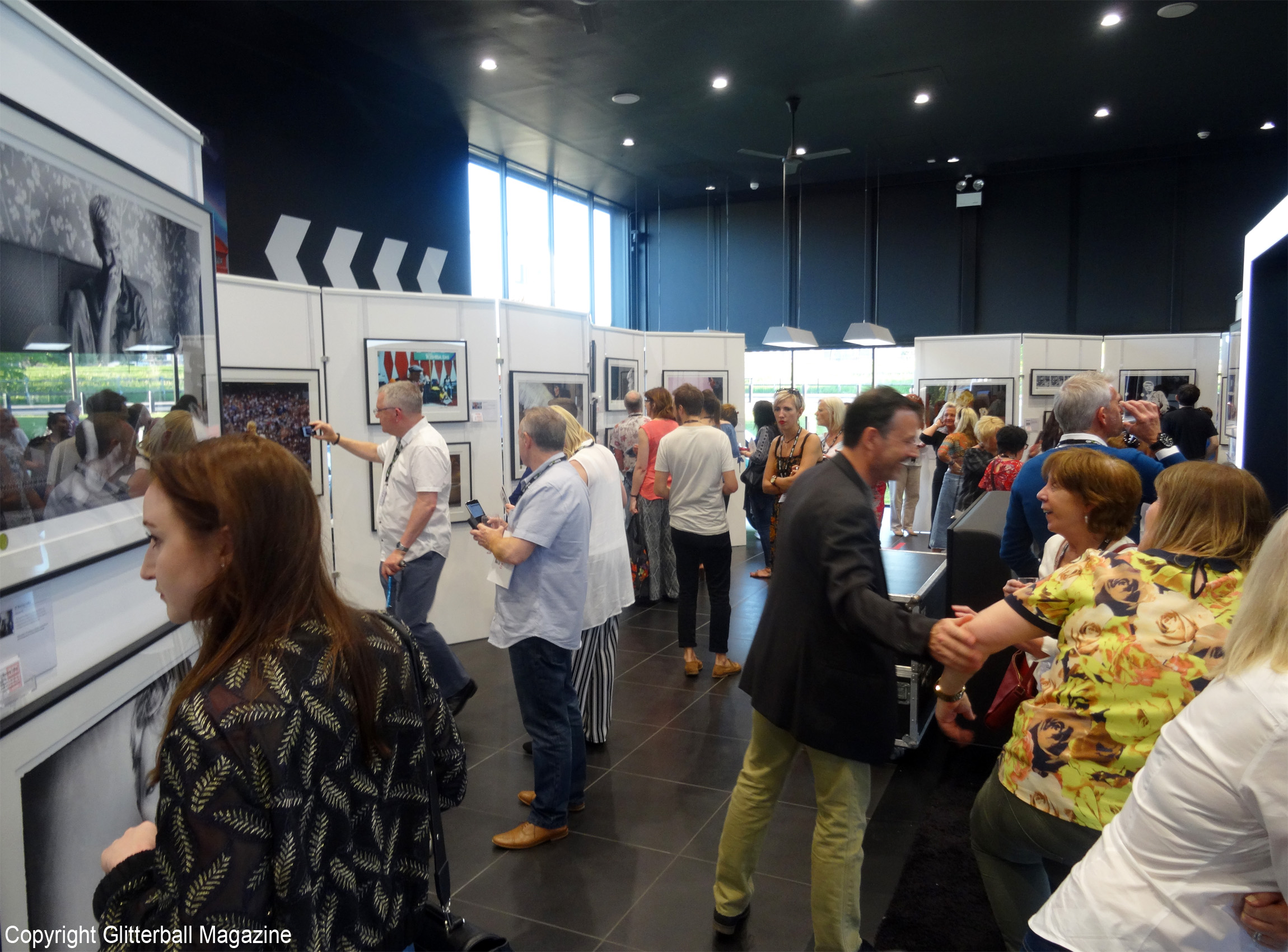 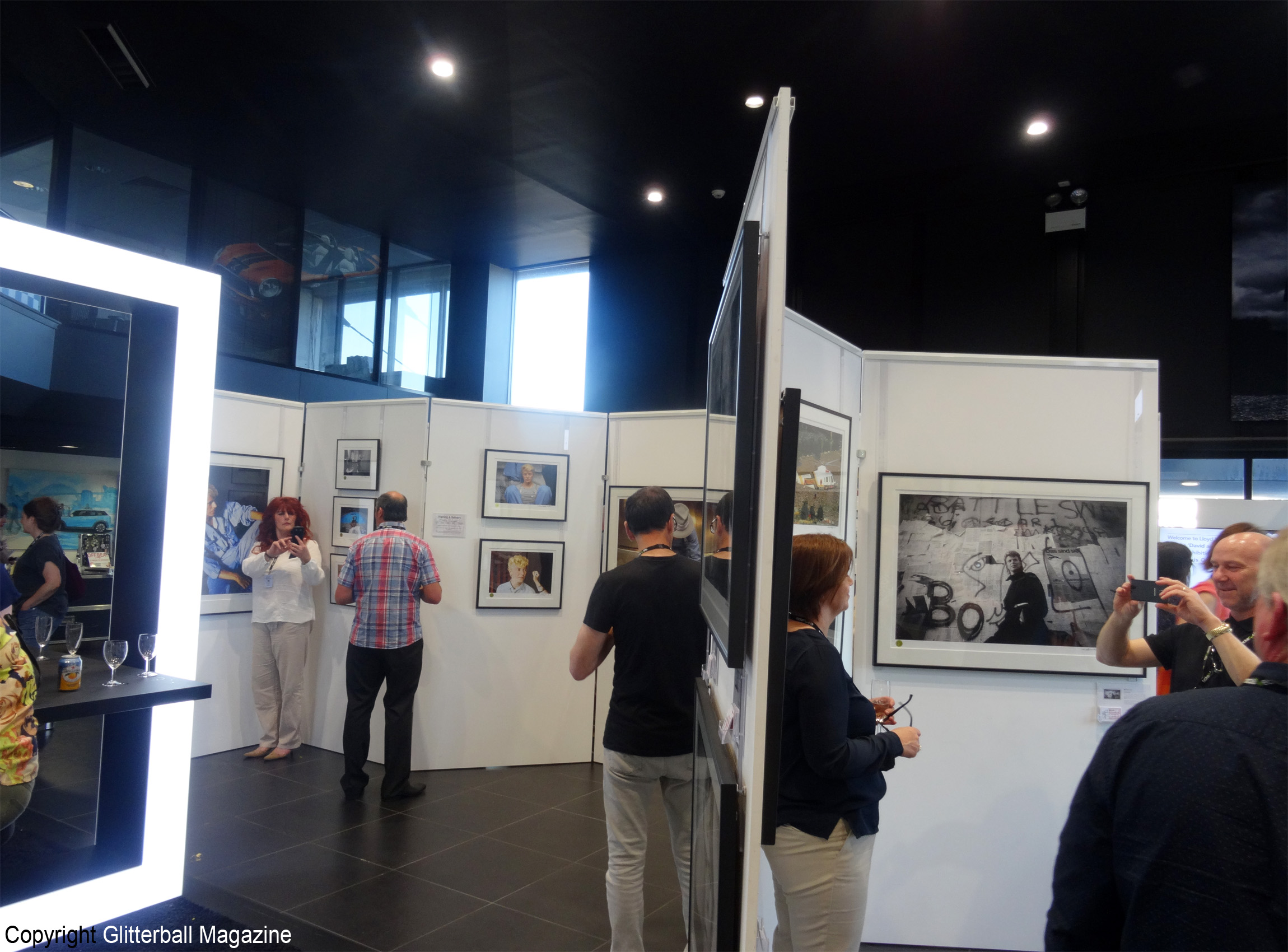 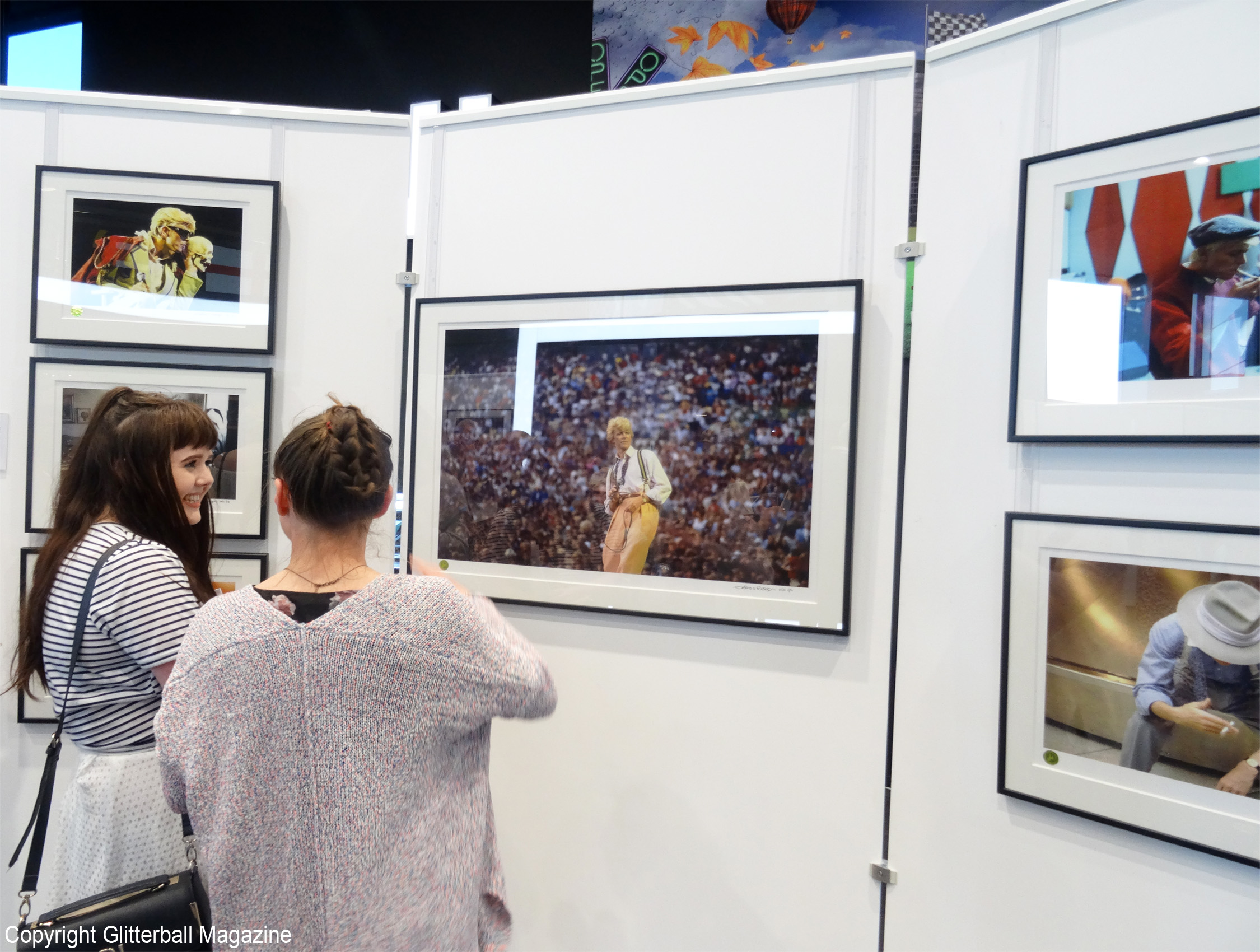 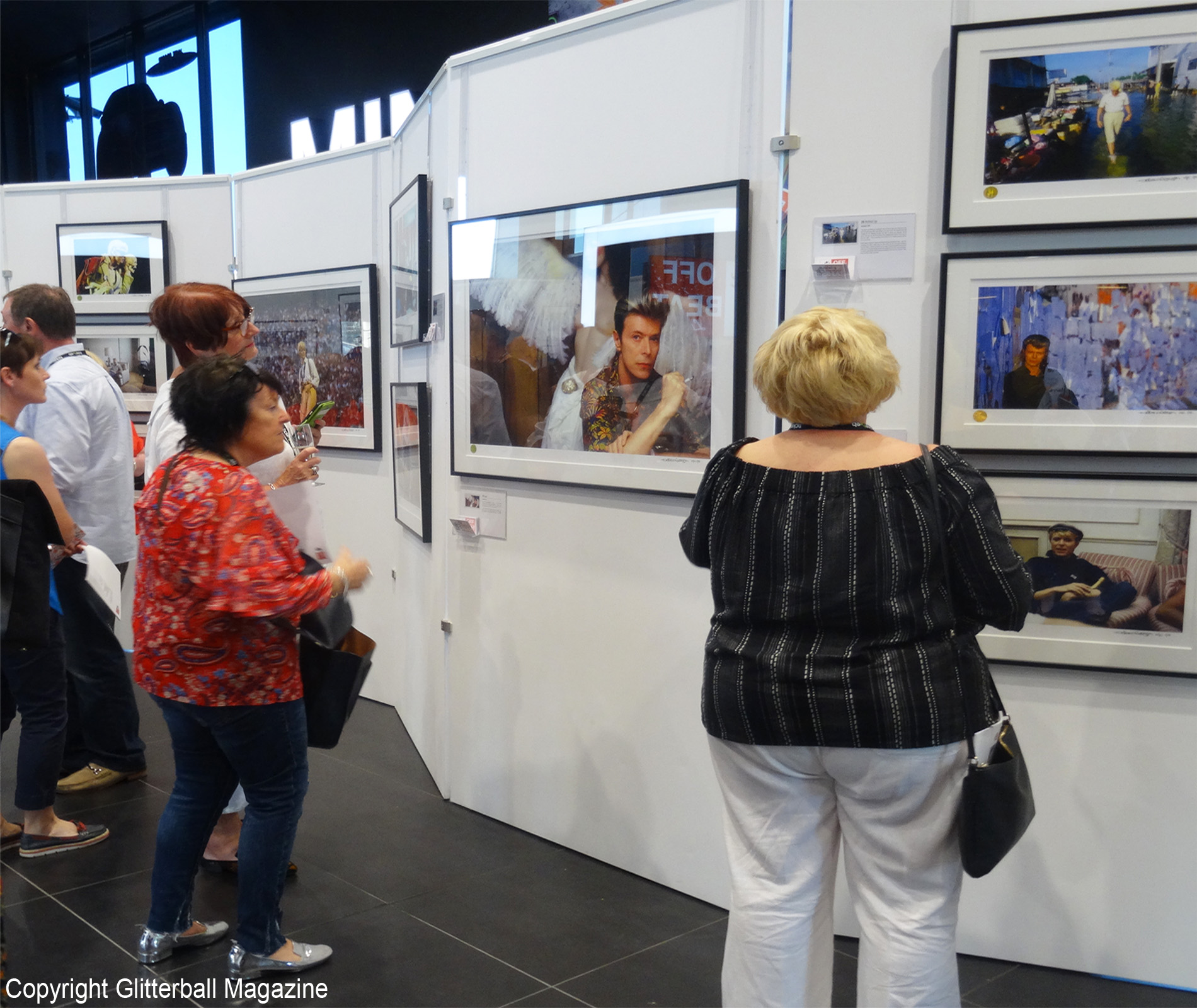 I thoroughly enjoyed the selection of photographs at the exhibition and reading the story behind each photograph. Also, huge thanks to Denis for signing my programme and posing for a selfie! 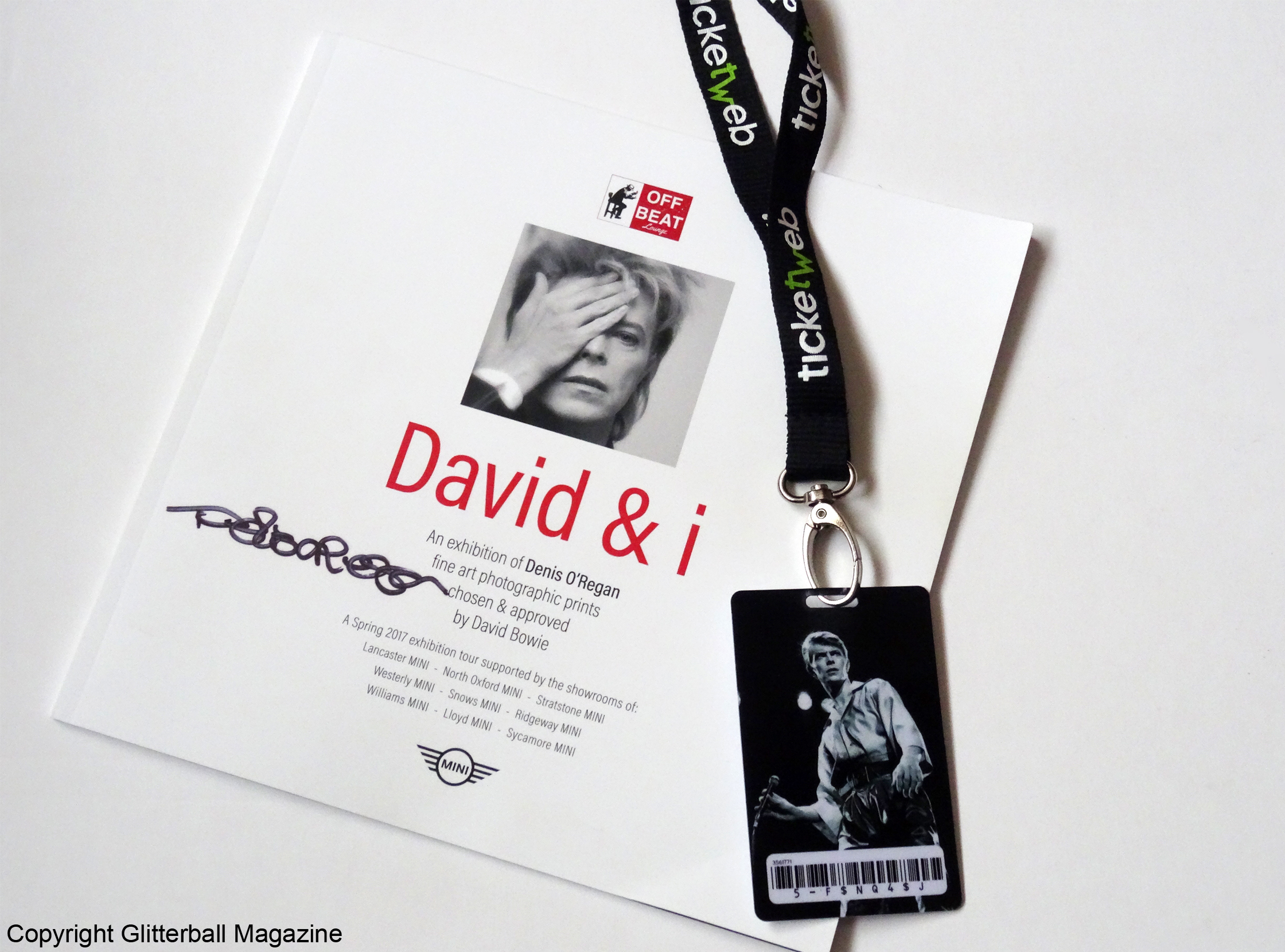 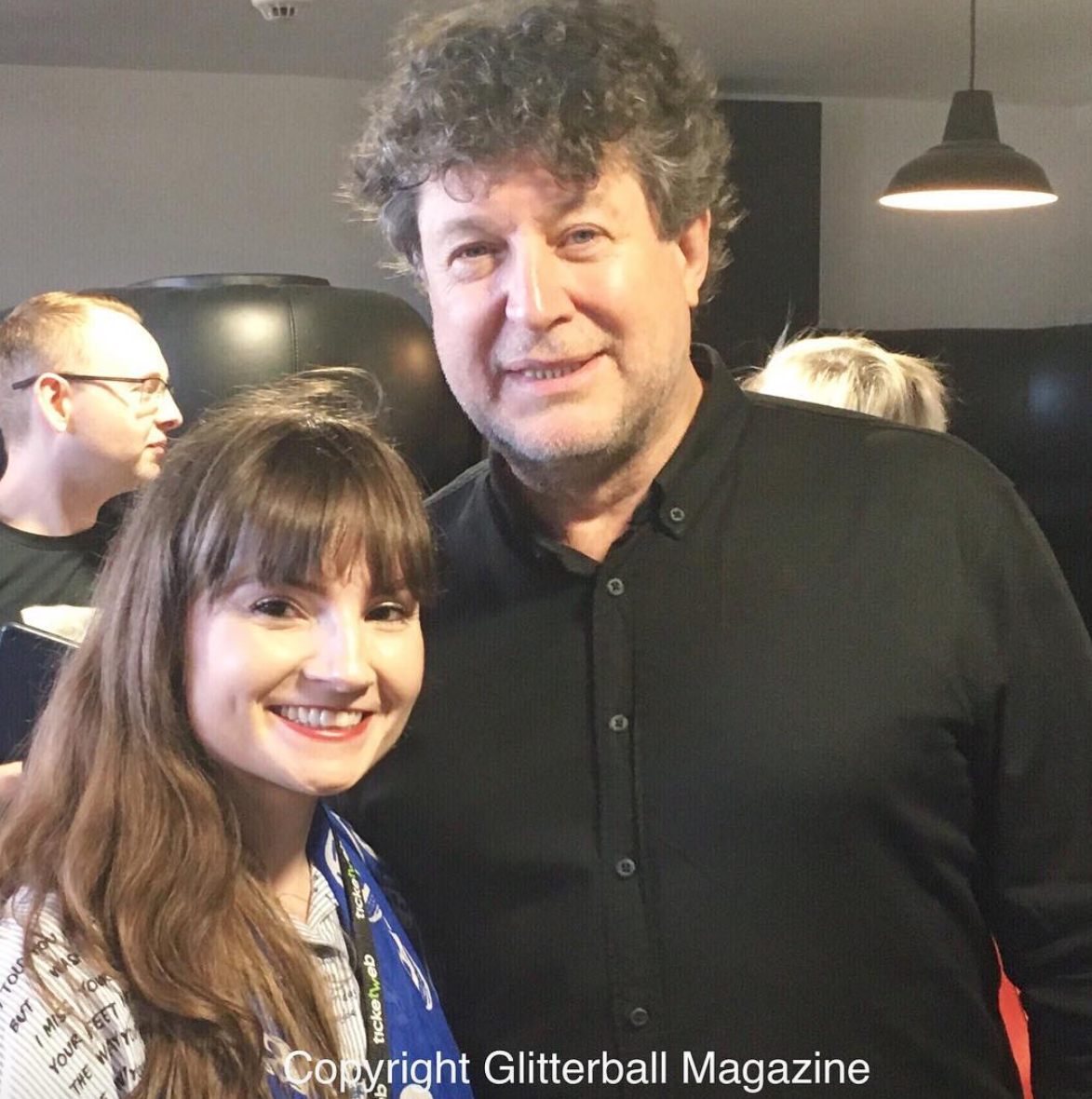 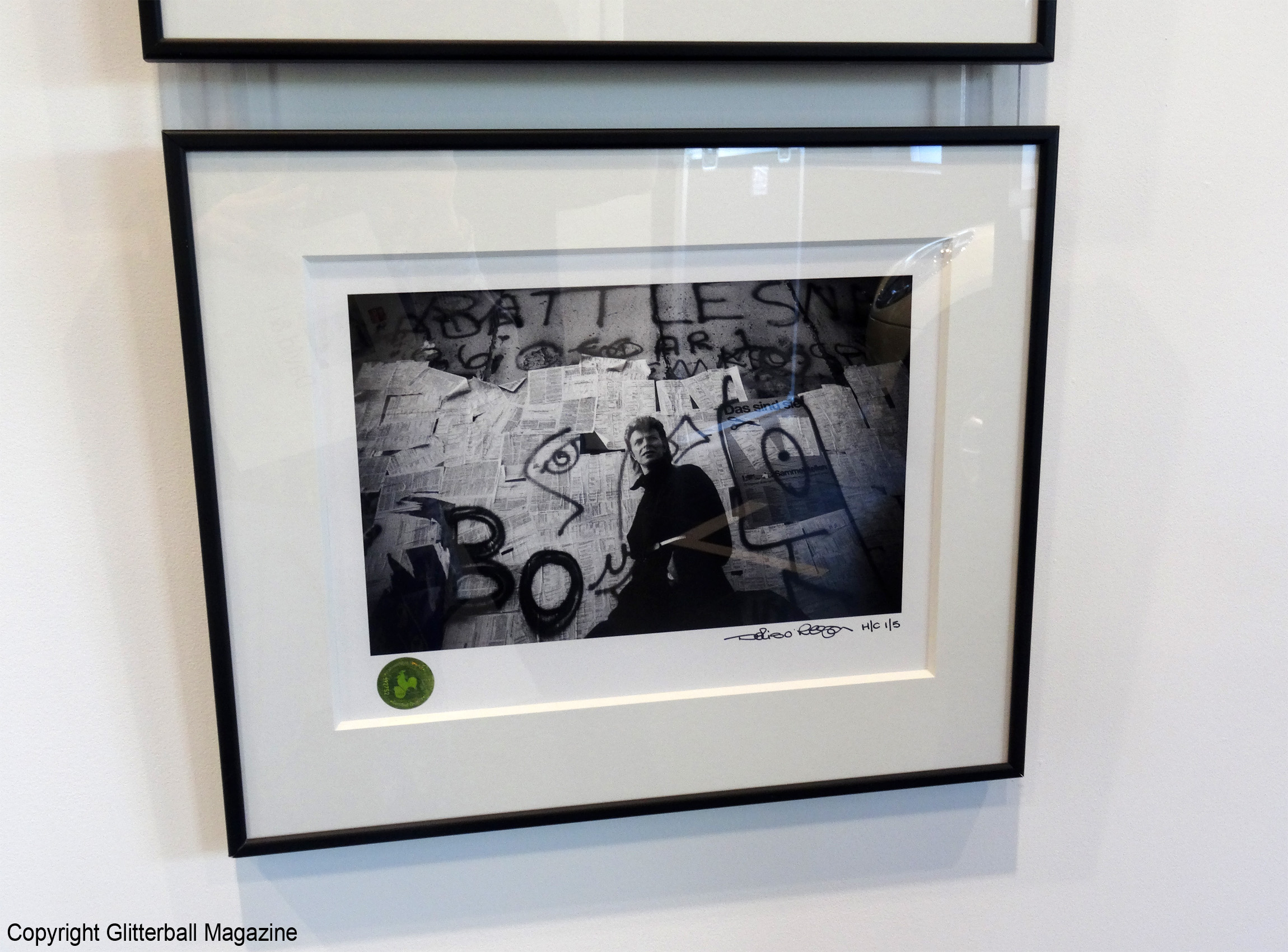 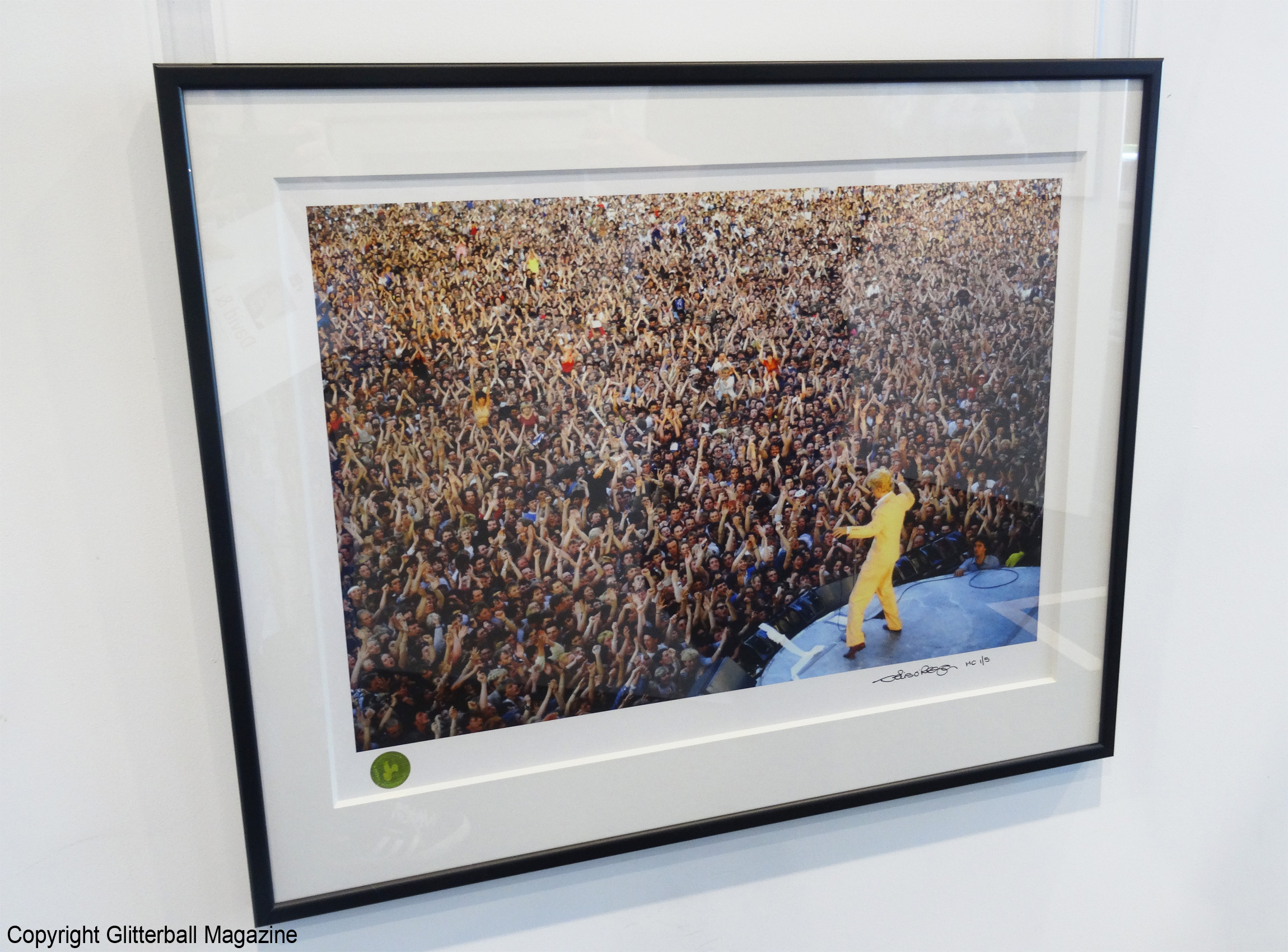 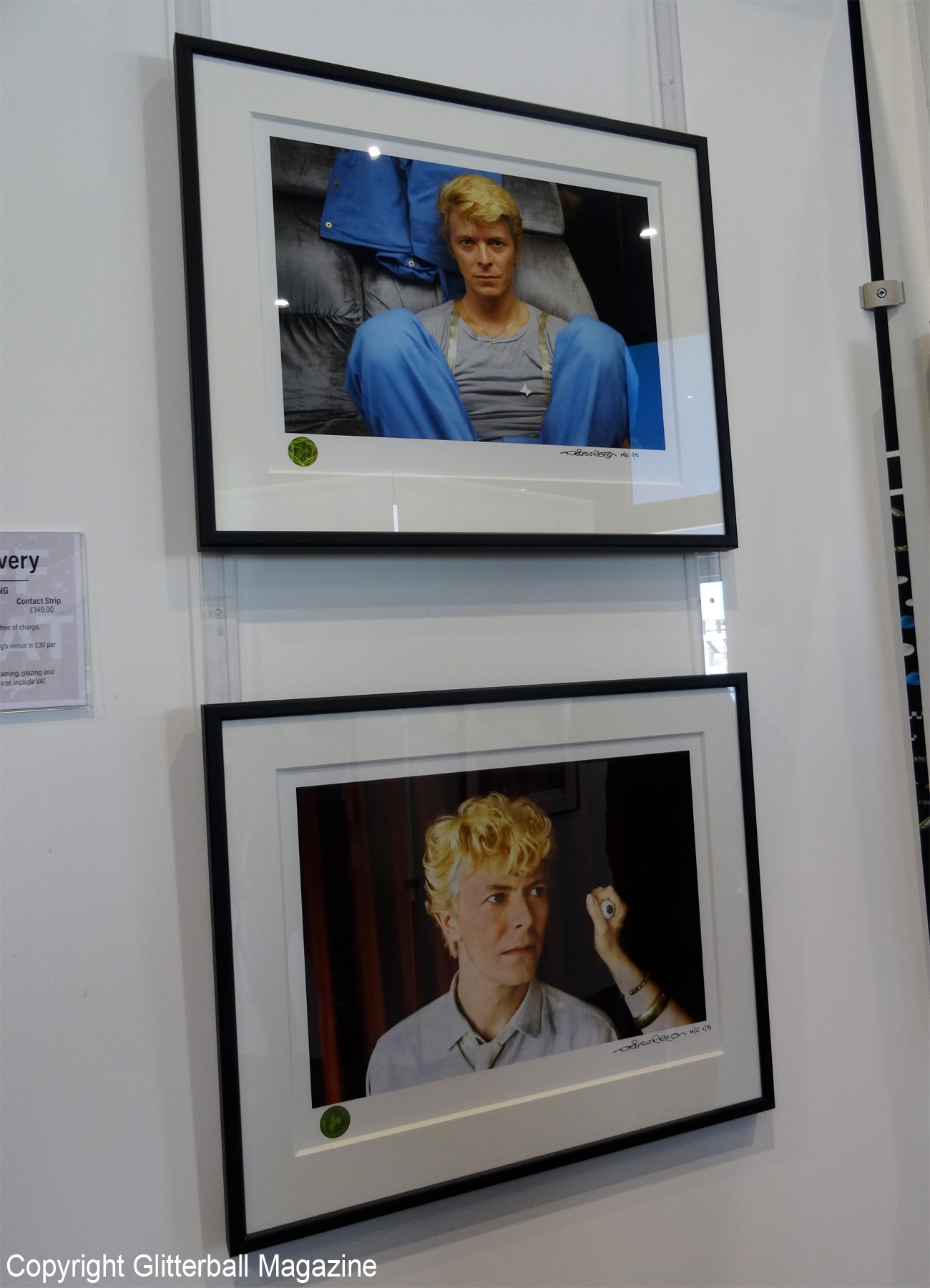 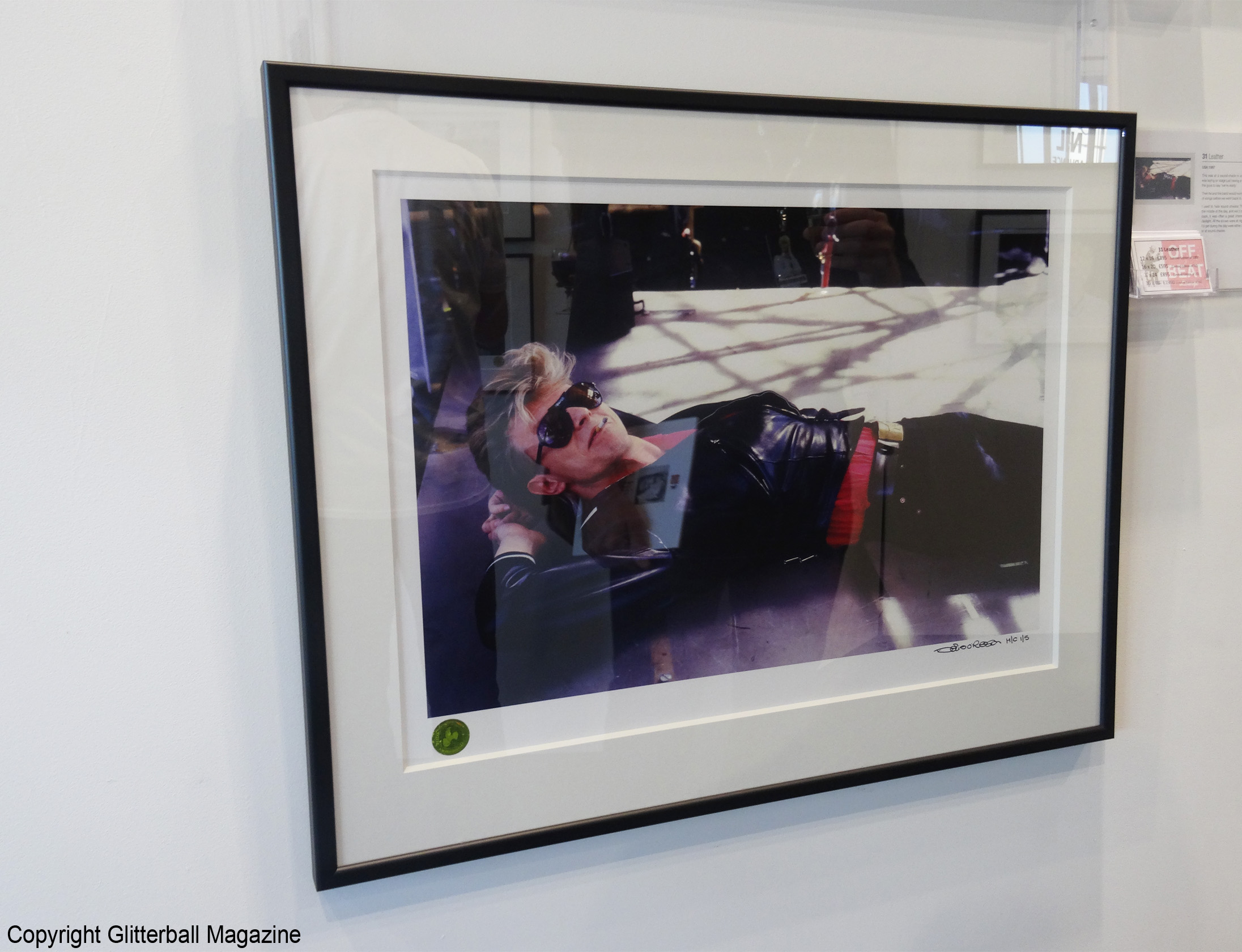 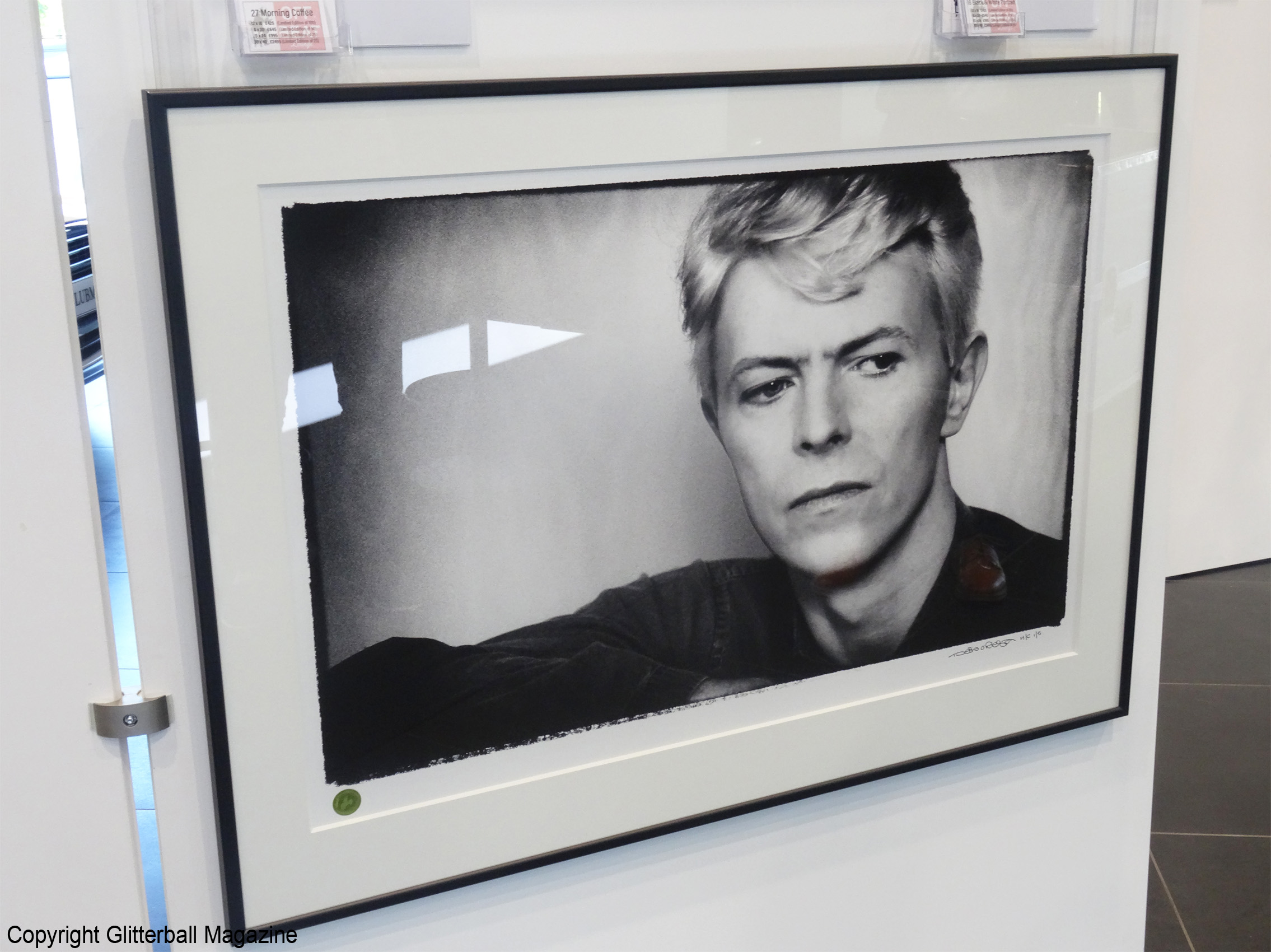 While working for NME, O’Regan photographed David Bowie at his Newcastle City Hall show in 1978. He said, ‘I photographed three songs and that was the first time I’d shot David professionally. I then went on tour with him for two years.’ 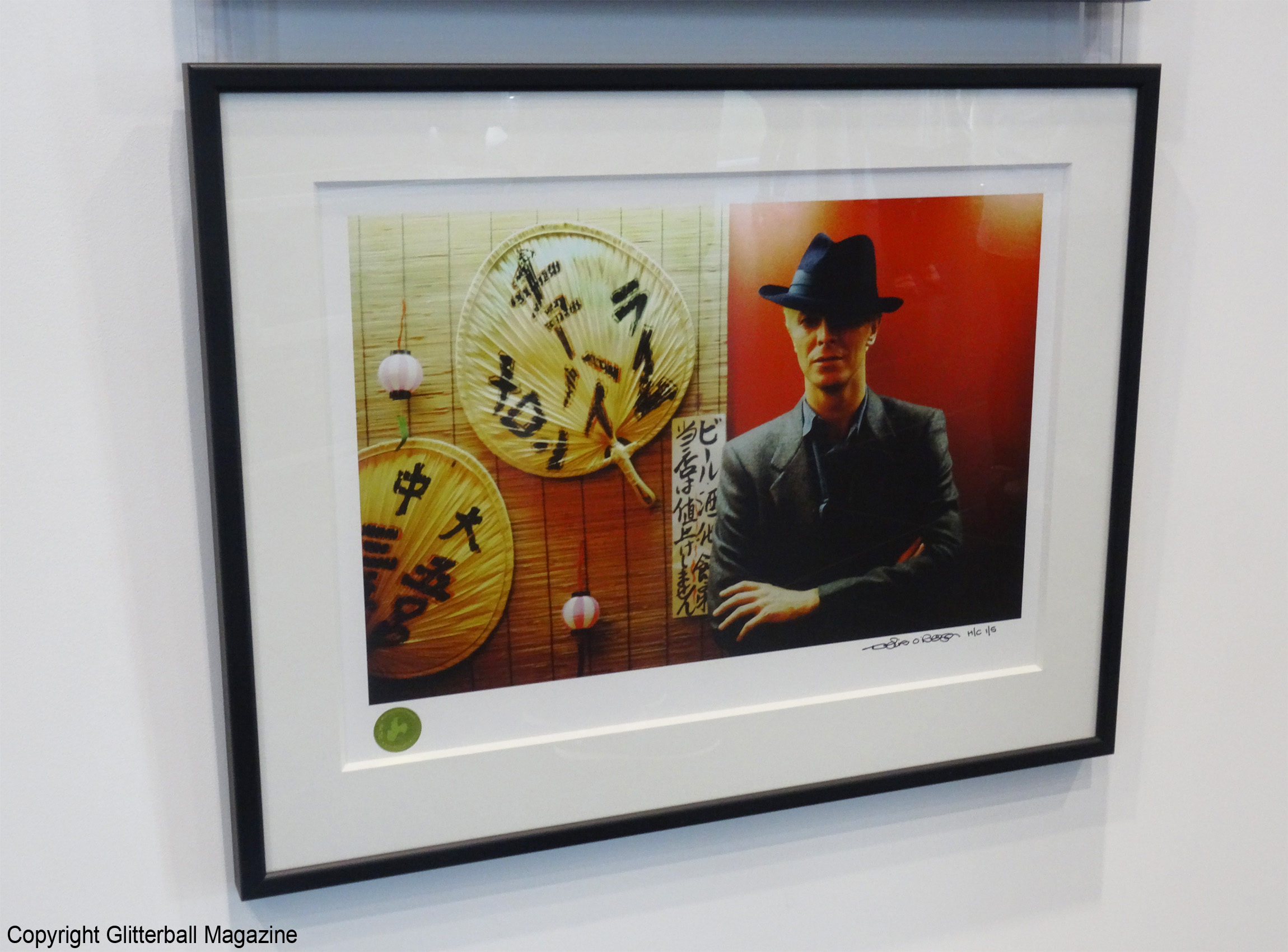 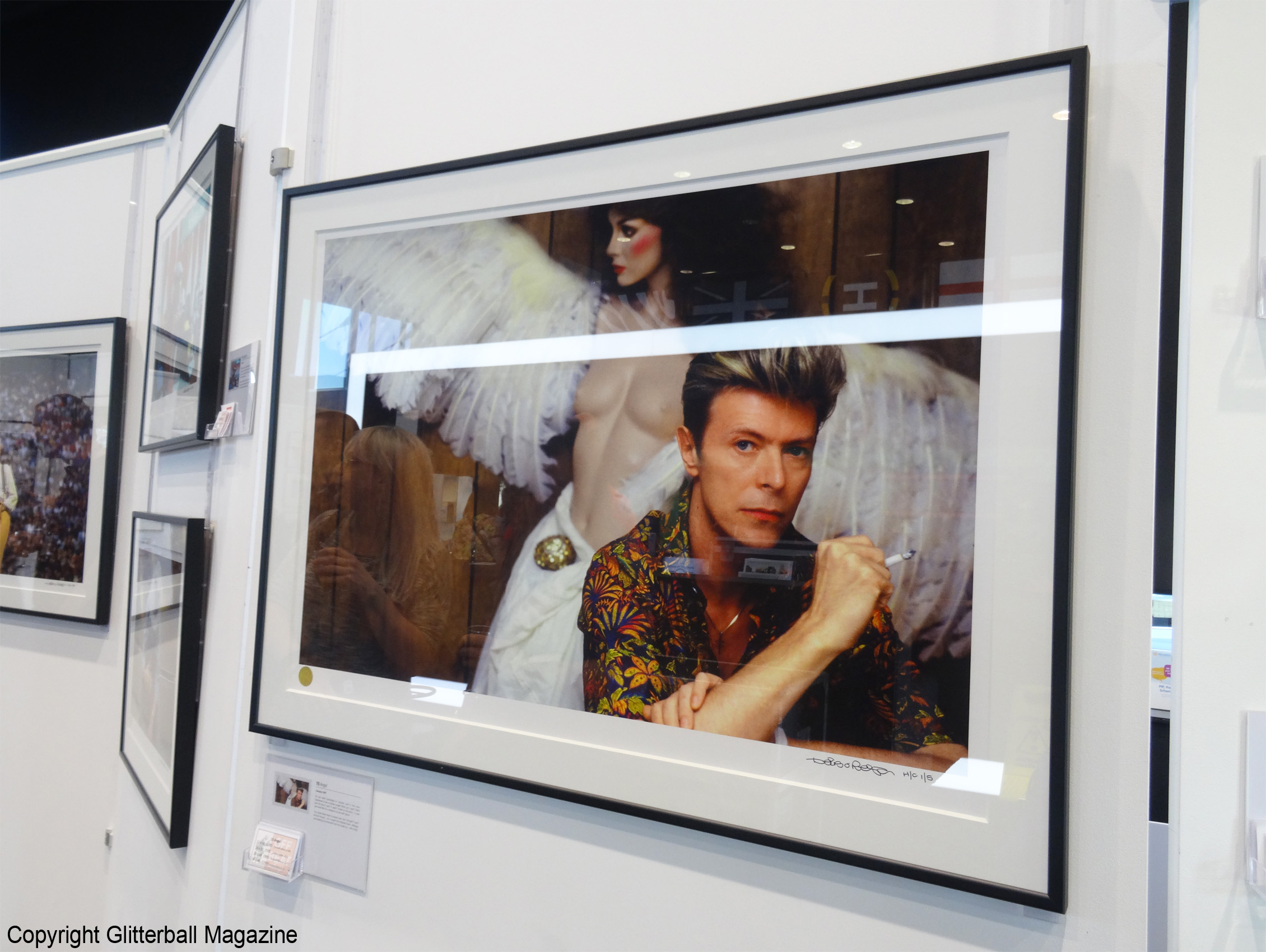 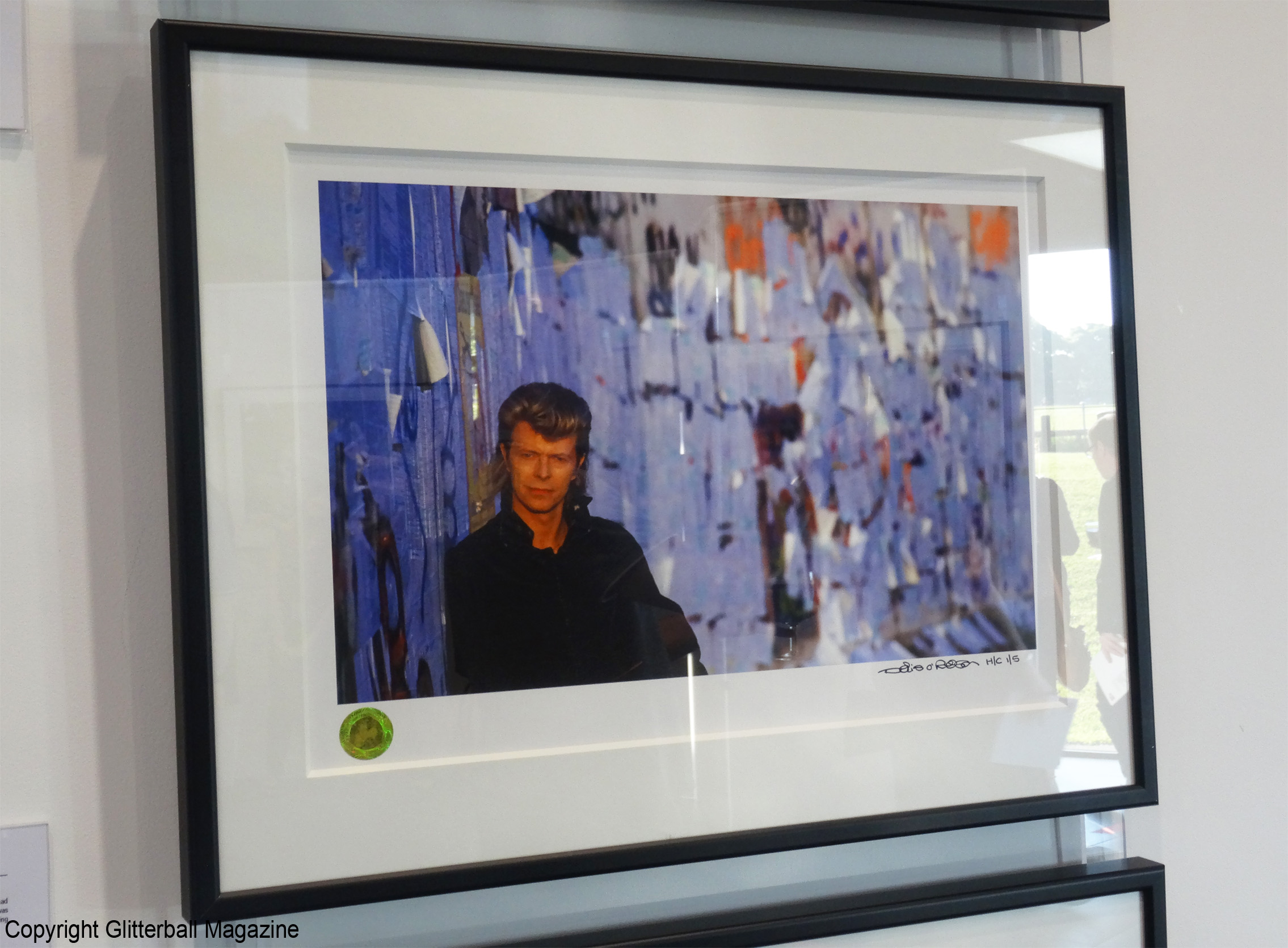 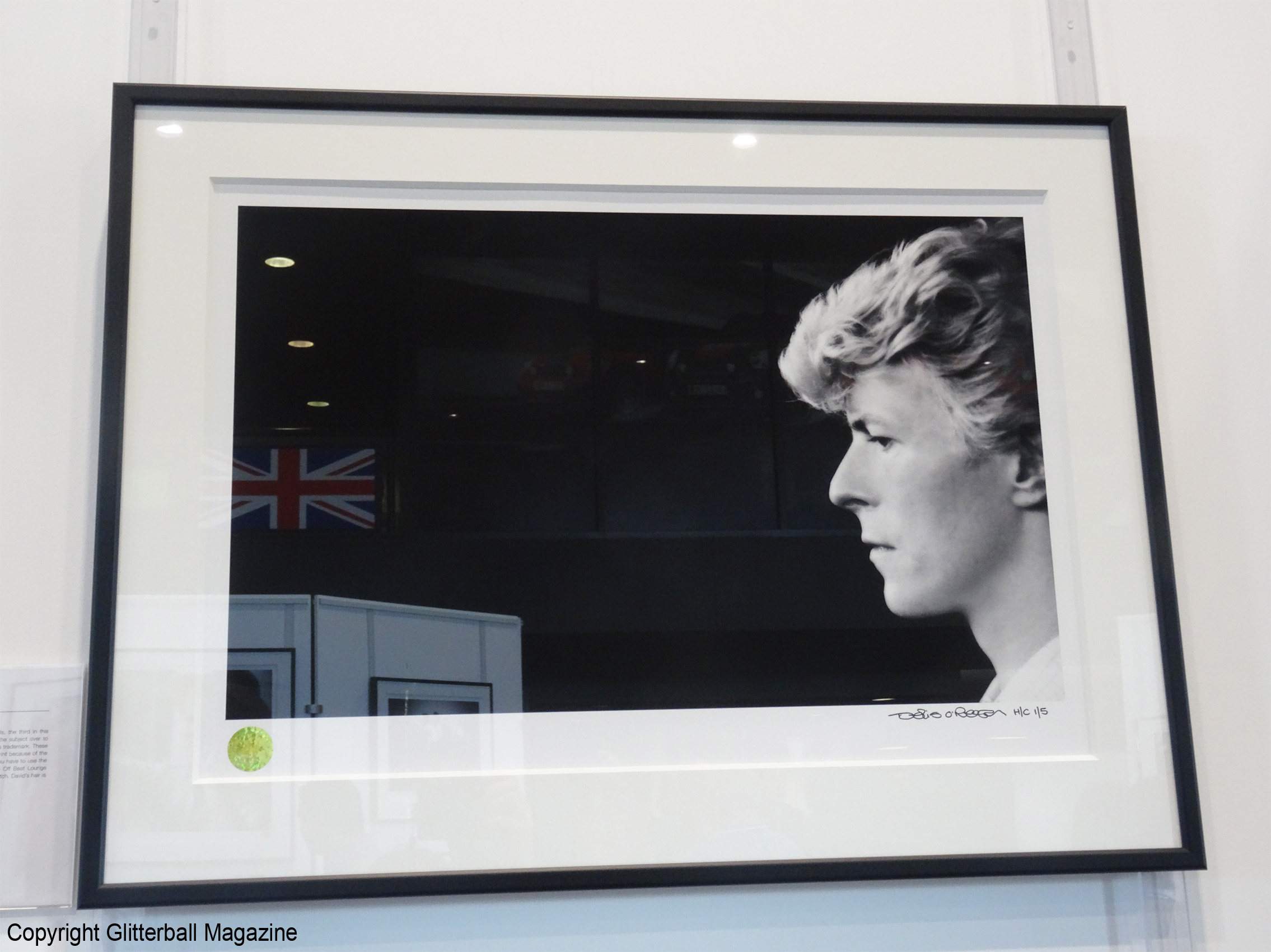 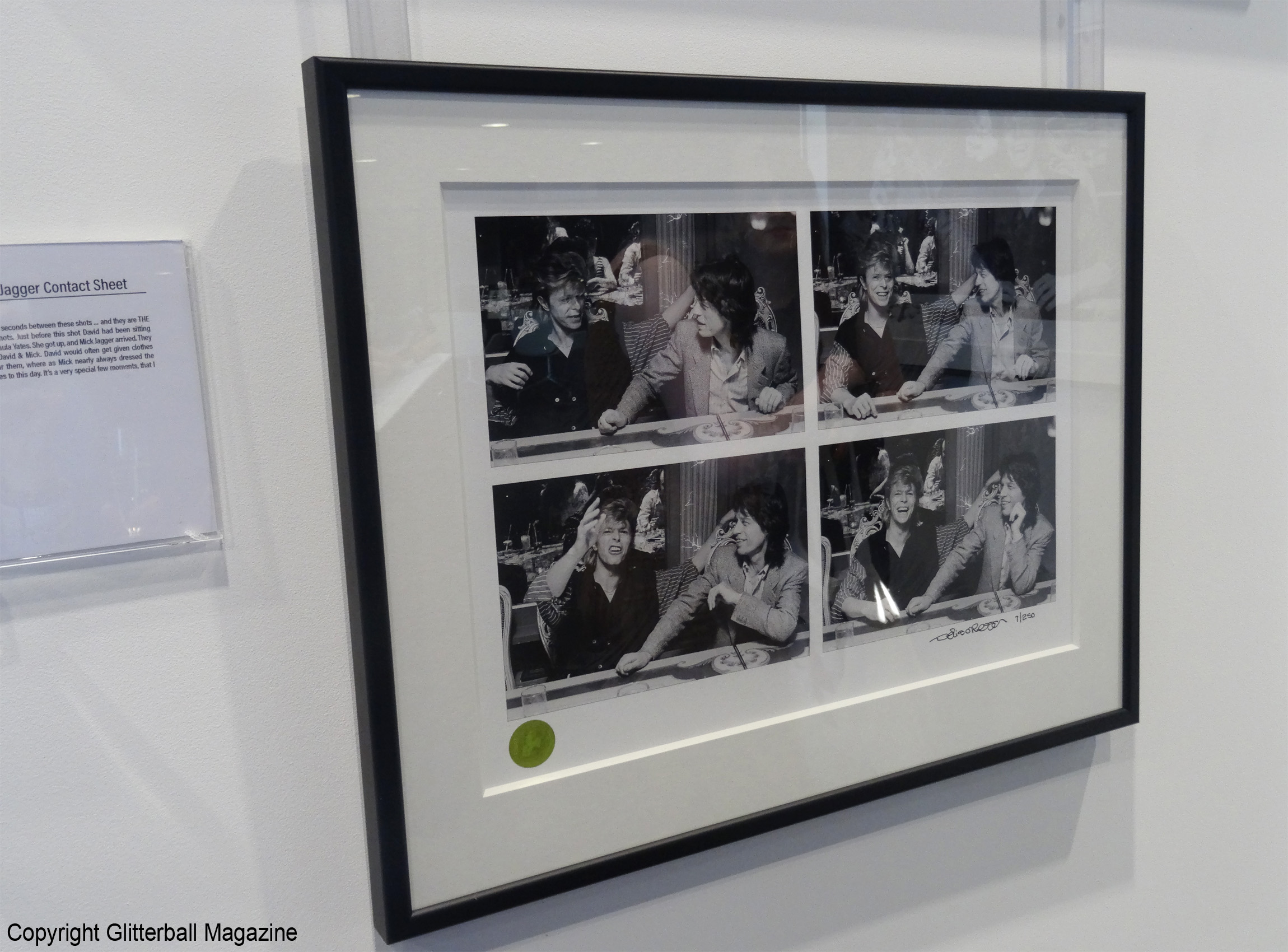 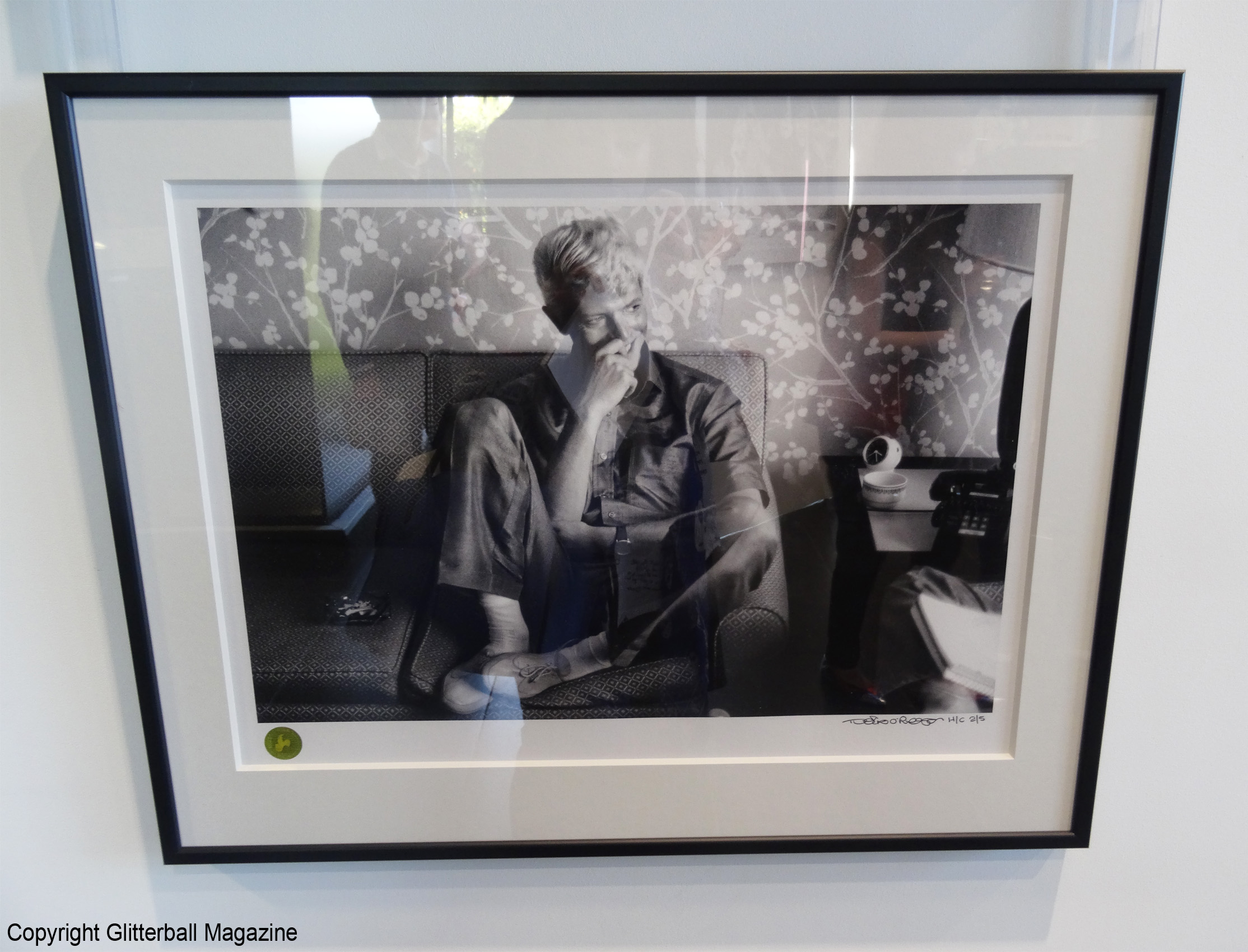 He was David Bowie’s official photographer during his 1983 Serious Moonlight Tour, the 1987 Glass Spider Tour and the 1990 Sound and Vision Tour.

Denis said, ‘It’s been a real trip down memory lane for me, of time I spent with a great, great friend, both on stage and during our down time between concerts.’ 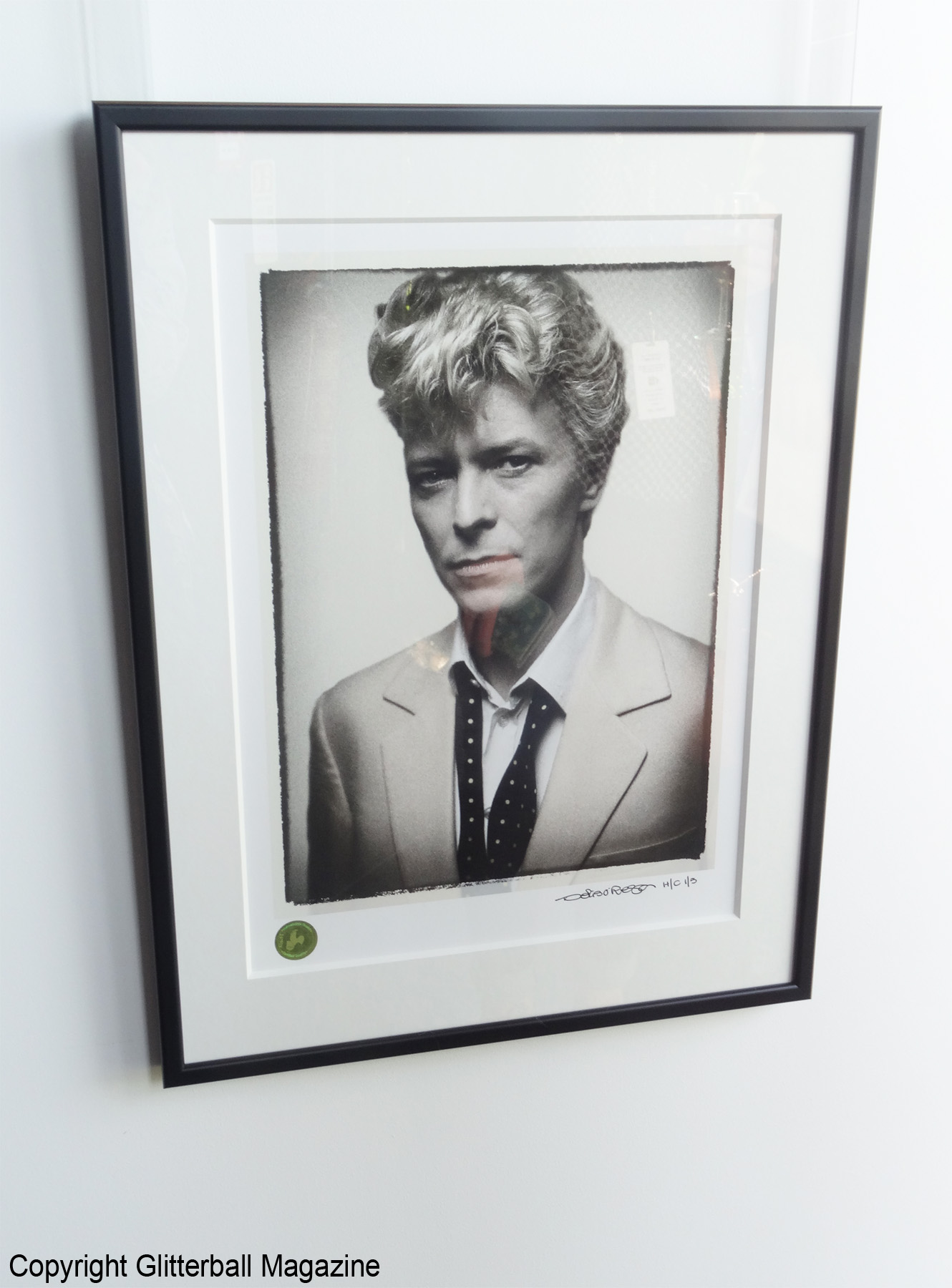 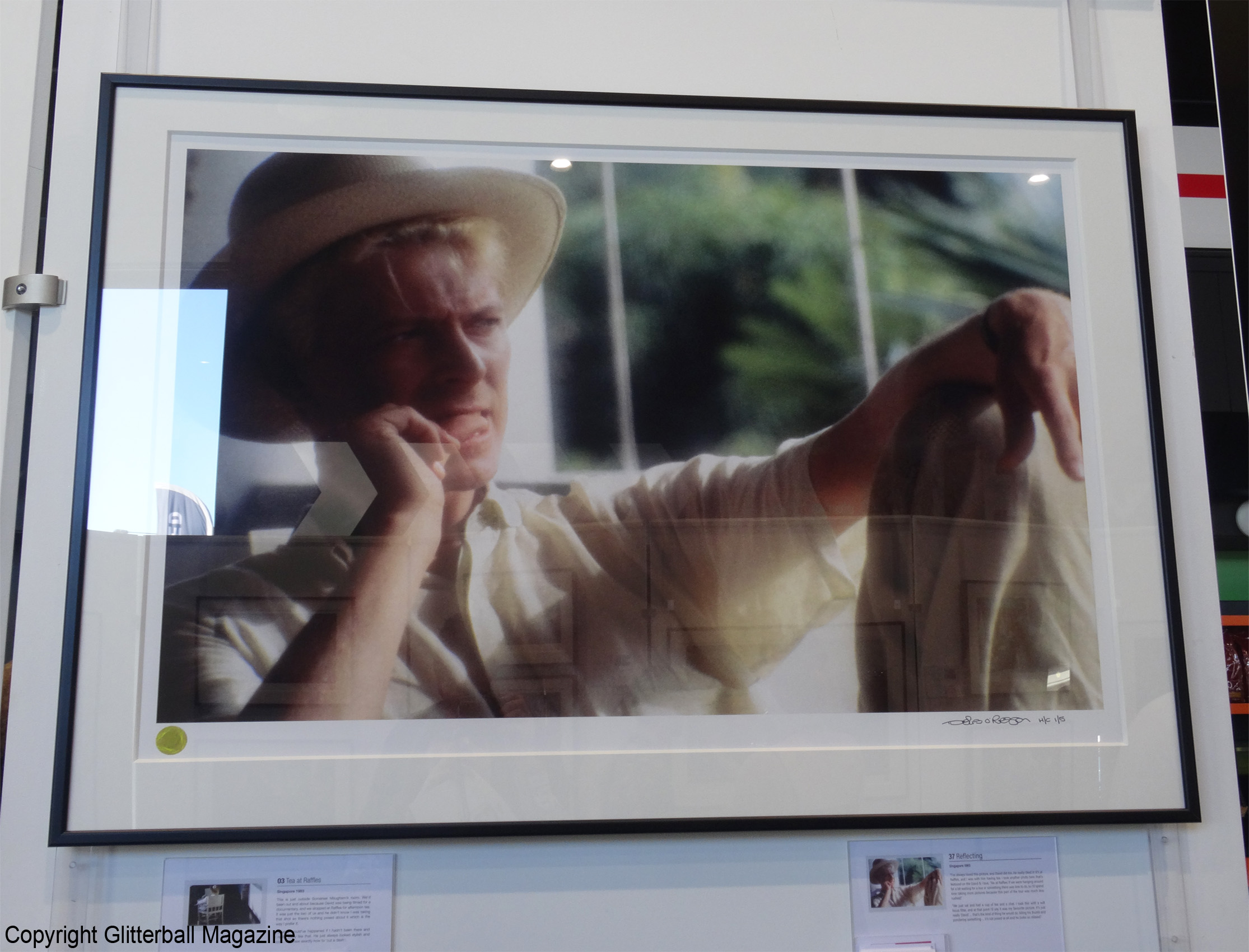 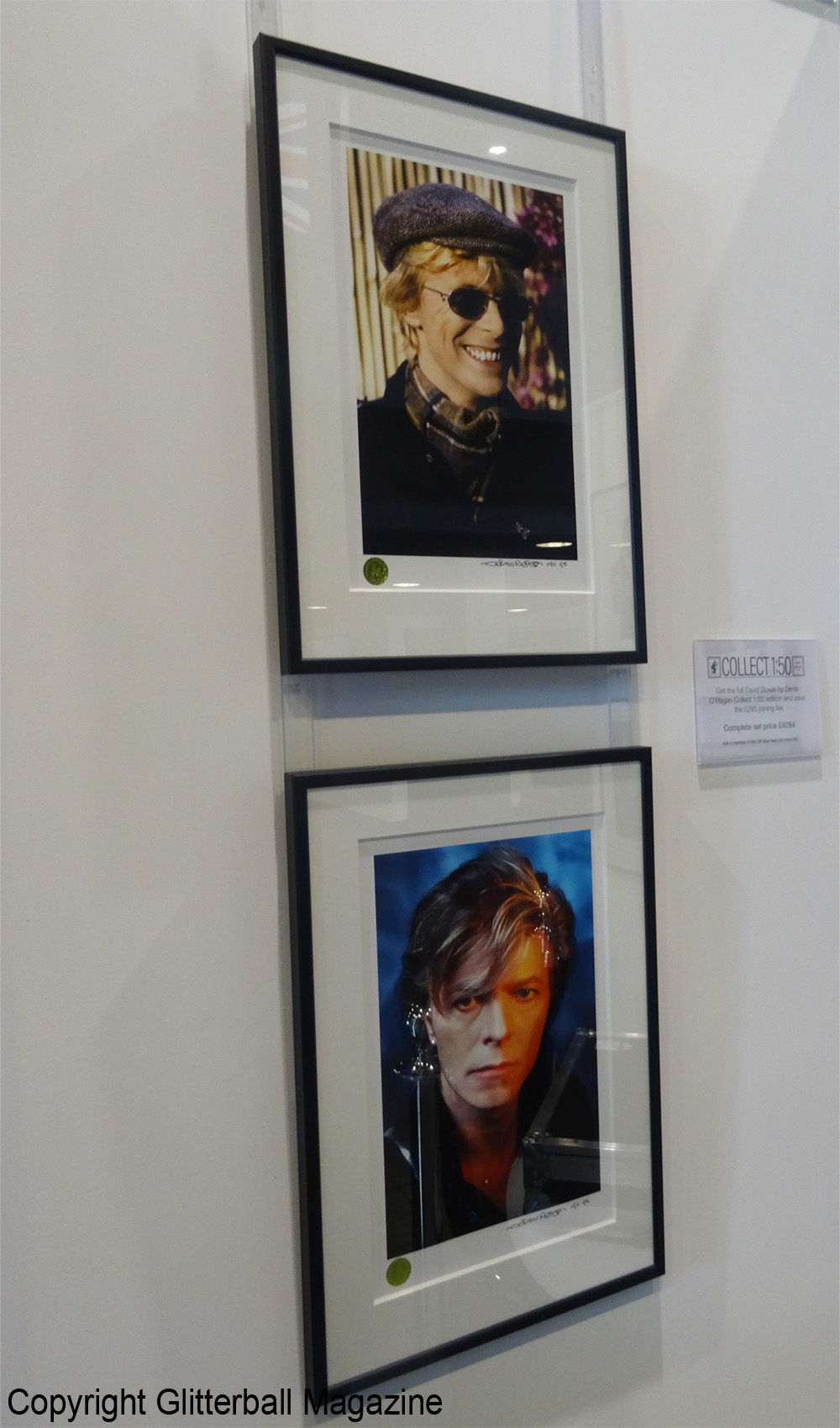 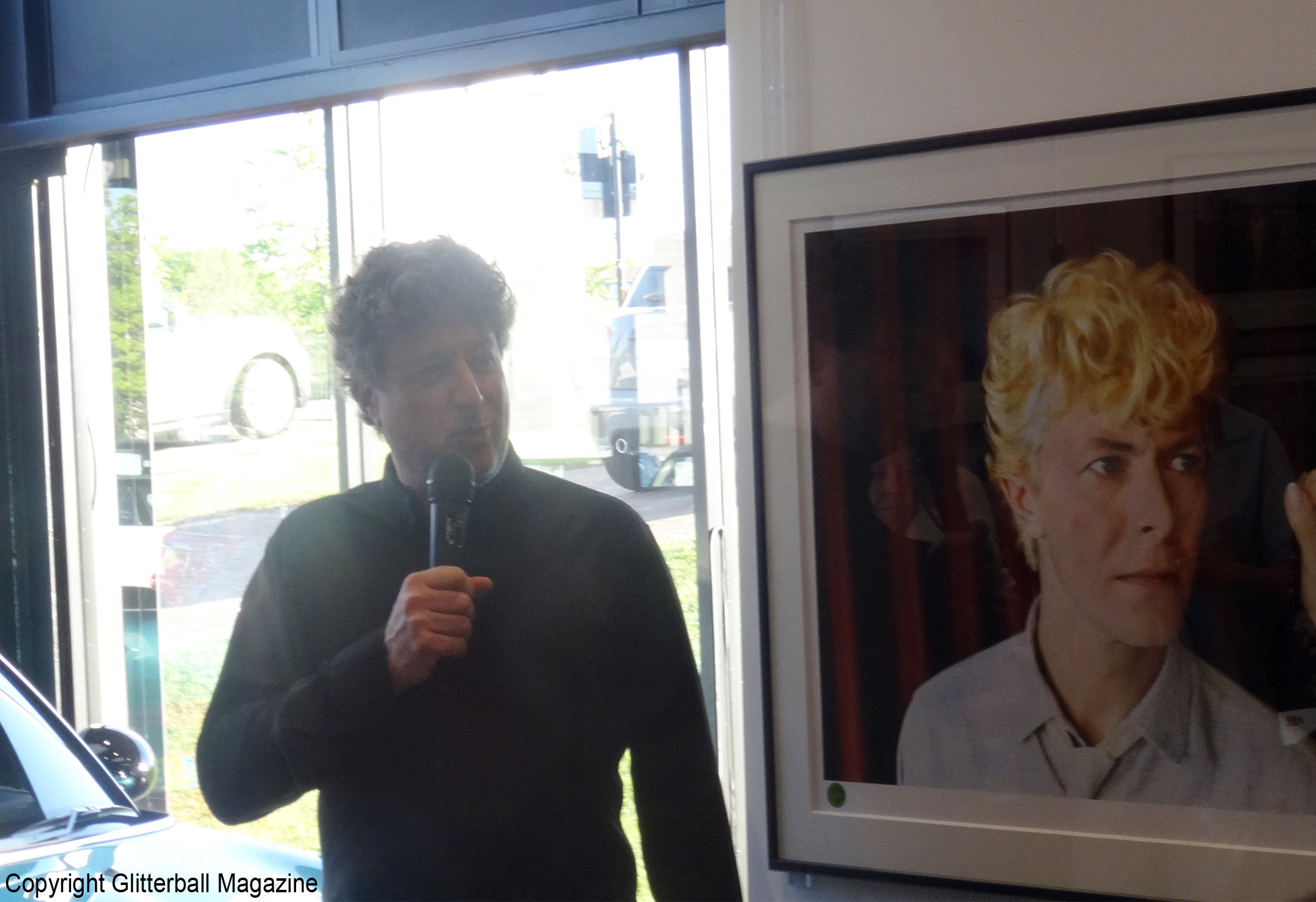 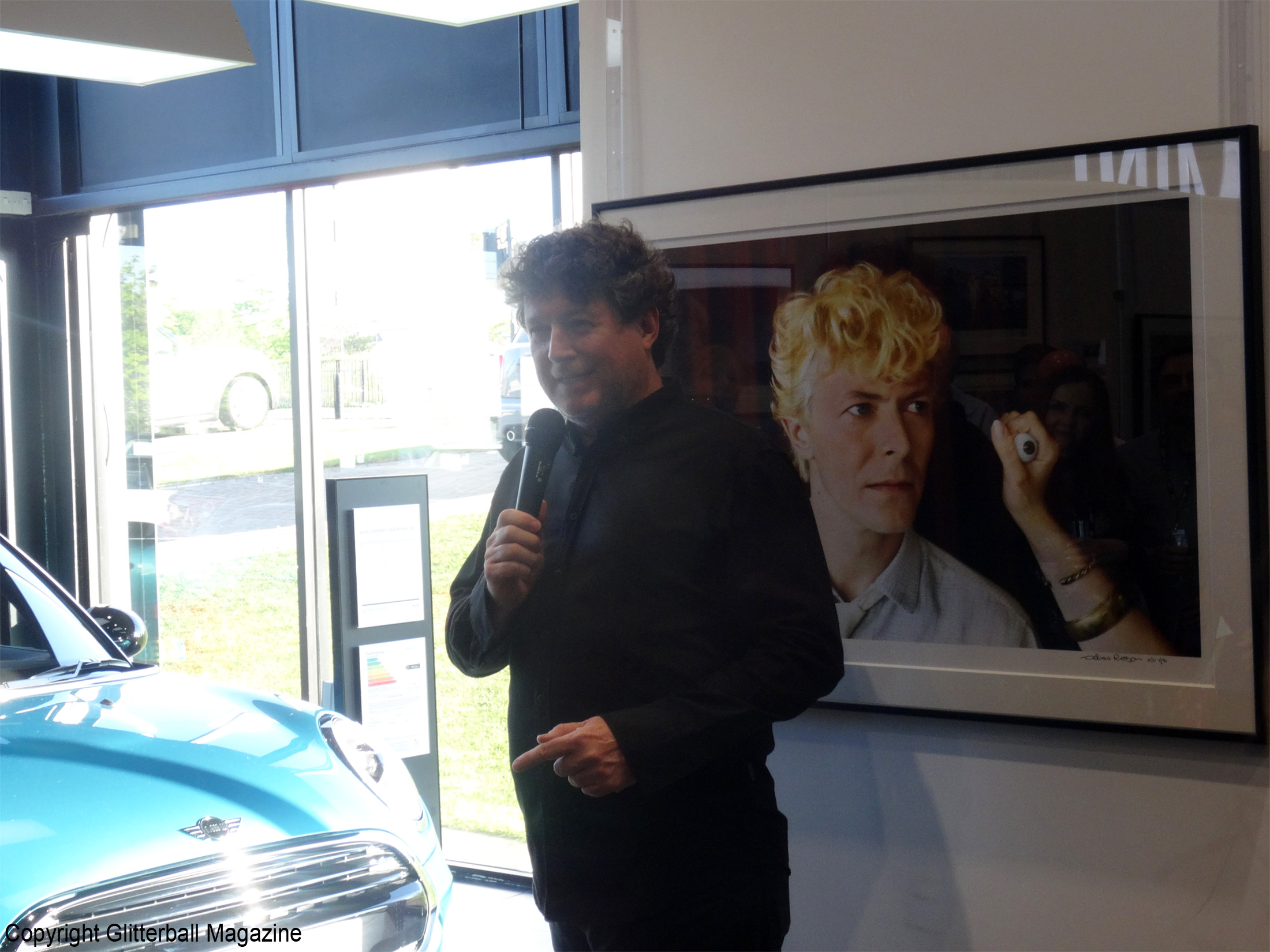 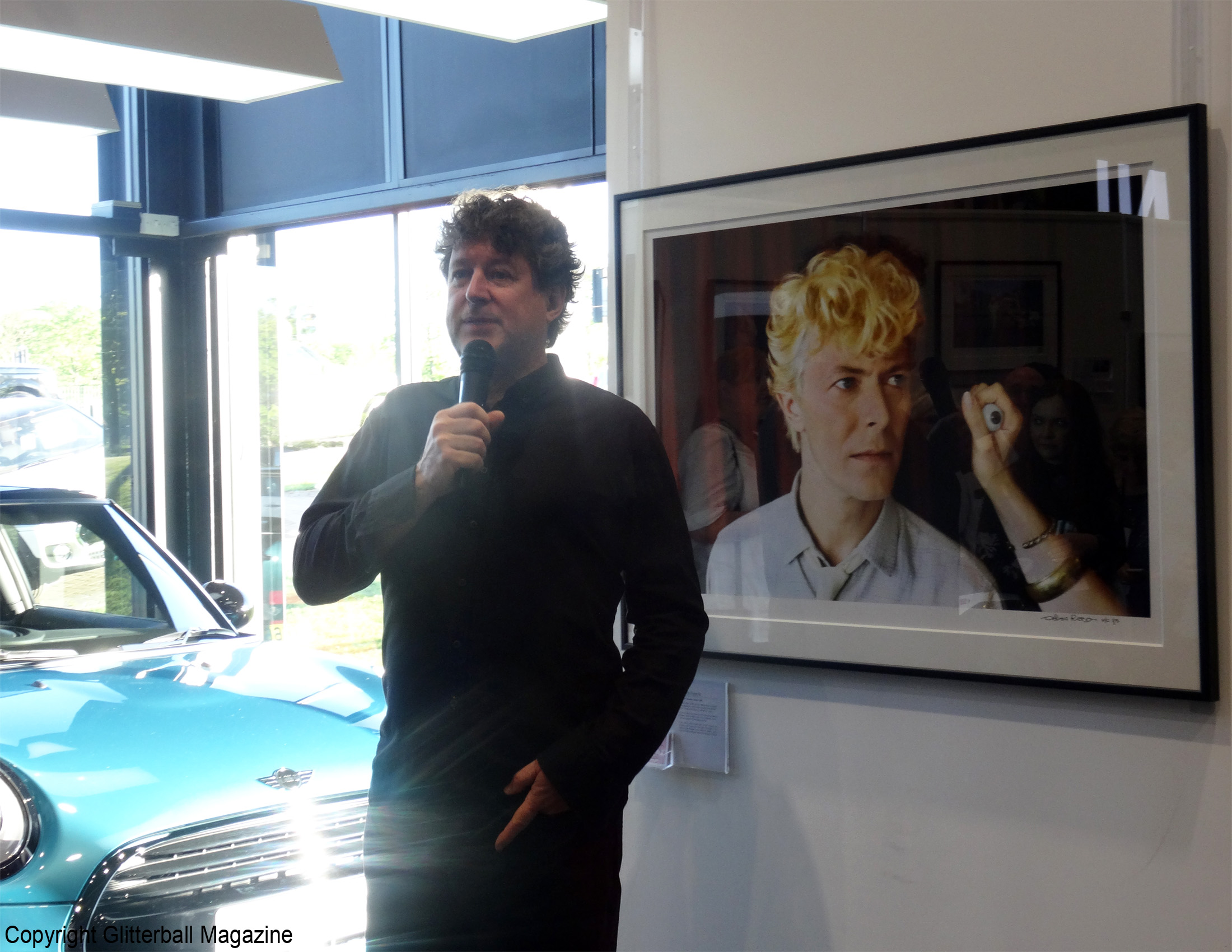 Q: How did you become a famous photographer?

A: Ask, ask. I asked to go on tour with David Bowie. That’s how it began.

A: Virtually none of these photographs were posed. This one holding the eye was taken at Madame Tussauds. They were checking a rack of eyeballs for his waxwork and measuring David’s face so they could get the waxwork right. The photos with Mick Jagger were taken at an after show party. The ‘Morning Coffee’ photo was just David curled up on the sofa. It was never a case of ‘sit here, do that.’ David was always very relaxed.

Q: Was the relationship between Bowie and Jagger friendly or flirty?

Q: What was David’s favourite photograph of himself?

A: David didn’t have a favourite photograph [that I’d taken] because I took so many. Many thousands. I would show them to him every now and then. I’d put them in a slideshow on a projector and he would sit there and say ‘yes’ or ‘no’. With some photos, he’d say ‘can we hold onto that for the book’ or ‘we’ll give that one to the press’. David was very hands-on with the selection of photographs.

Q: What is your favourite Bowie record?

A: Aladdin Sane was the first David Bowie album I bought. I really loved it. Scary Monsters is fantastic. I also love The Man Who Sold the World.

A: Some people might say it’s a boring thing to say but he was a really nice guy. It’s sort of different when you say that about a superstar. He was really sweet and really normal. Very human and very funny. One day I showed him my photographs on a slideshow. I didn’t show him all the photographs because there were too many. He asked me what I’d done with the other photographs. I said I’d put them in a bin in my room. Bowie said, ‘You put thousands of pictures of me in the waste paper bin in your hotel room?!’ That didn’t go down too well.

While in Japan, I wasn’t there to take a photograph of David being mobbed by crowds as I was working on a special David Bowie issue of NME. David got really annoyed. When we got to Australia, to make up for getting annoyed, David ordered a picnic through the hotel, hired a car and drove me and three others out for a day in a wildlife park. That was really sweet.

For more information, go to ticketweb.co.uk/artist/david-and-i-tickets

Who else has been enjoying the tennis at Roland Garros this year? I always love watching The French Open. To celebrate the men's...
COPYRIGHT MICHELLE WINTER 2015-2022. ALL RIGHTS RESERVED. NO CONTENT TO BE REPUBLISHED WITHOUT PRIOR WRITTEN PERMISSION AND THEY MUST BE LINKED BACK TO THIS BLOG.
Back to top